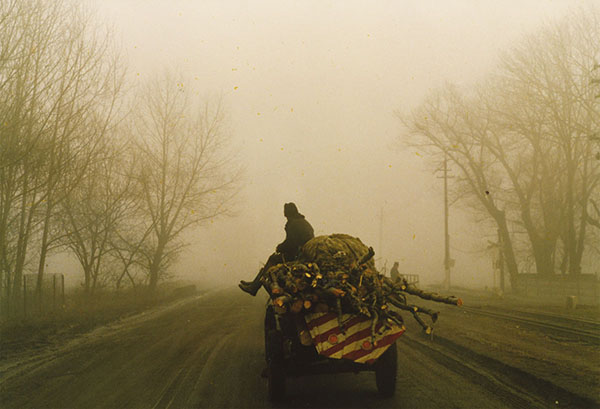 Ruth Beckermann, a widely admired master of the film essay genre, constructs works that are at once personal and political. Her first-person narrative The Paper Bridge (Die Papierene Brücke) is a journey through family history and an attempt to reclaim remnants of Jewish life in regions of the former Austro-Hungarian Empire. "I don't know exactly why I traveled east that winter . . . I think I was just curious to know whether there was still any resemblance to the stories I grew up with," she says. On a trip from Vienna to Romania, she visits the sites where her grandmother hid from the Nazis and the place of her father's birth. Survivors of the Holocaust, Beckermann's parents met in Vienna after the war, and her film is in part a meditation on her own identity as a Jewish woman in postwar Austria. (Ruth Beckermann, 1987, subtitles, 95 minutes)