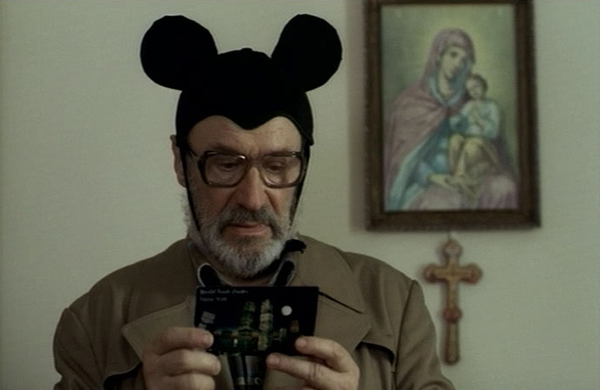 Retired army officer Niki Ardelean lives in a small Bucharest apartment with his ailing wife Poucha, his daughter Angela, and Angela's new husband Eugen. Angela is pregnant, but Niki's excitement is dulled by the fact that the young couple is planning to leave for the United States. He's torn between his wish to see his daughter happy and a desire to have her nearby. Meanwhile, Eugen's father Flo, a domestic tyrant of sorts, slowly exerts his control over Niki. "Niki and Flo is a fascinating stylistic hybrid, its observant naturalism infused with a delicate, almost coy sense of the absurd." — A. O. Scott (2003, subtitles, 35mm, 100 minutes)