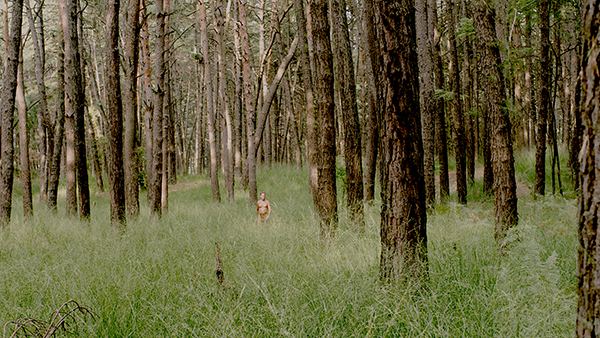 Canceled—Gold Is All There Is

Gold Is All There Is (Tutto l'oro che c'è), a beautiful observational documentary set in a remote Italian-Swiss landscape, is a slender tale of five characters — a hunter, a gold prospector, a naturalist, a carabiniere, and a young boy — all exploring the countryside for unique reasons. Their paths never cross, but they are all absorbed in the landscape's swirling trees, singing birds, wondrous skies, atmospheric mysteries, and occasional traces of civilization. As filmmaker Andrea Caccia draws close to and moves away from his subjects, his manner varies between philosophical and scientific, but never evokes a nature documentary. "Watching the film amounts to taking a healthy break and plunging into a lost dimension in direct contact with nature and the elements. As well as directing and cinematography, Caccia also studied painting, which is evident from his visual setting. This is one of those films that is still worth watching at the cinema in the dark, in full contemplation." — Vittoria Scarpa (Andrea Caccia, 2019, ambient sound only, no dialogue, 100 minutes)

Shown in association with True to Nature: Open-Air Painting in Europe, 1780–1870.