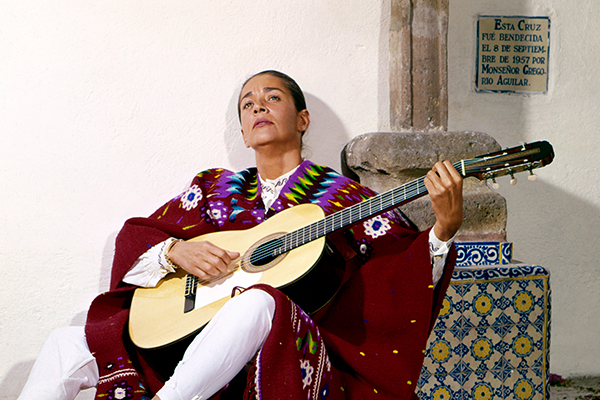 One of the most celebrated singers of  ranchera (a traditional Mexican musical style) of all time, Chavela Vargas was a native of Costa Rica who left home as a young woman and ultimately became a legendary figure in Mexico, not only as a famed singer of soulful songs, but also as a gender-defying, lesbian pioneer. The documentary Chavela is a powerful and haunting portrait, formed largely from expansive interview footage with the artist herself, vivid archival sequences, and performance clips. Many friends, artists, and followers—most notably Spanish filmmaker Pedro Almodóvar—relate their own impressions and personal stories about the singer who also became an icon of the intelligentsia (maintaining lifelong relationships with, among others, her lover Frida Kahlo) and achieving near cultlike status by the time of her death in 2012. (Catherine Gund and Daresha Kyi, 2017, 93 minutes)