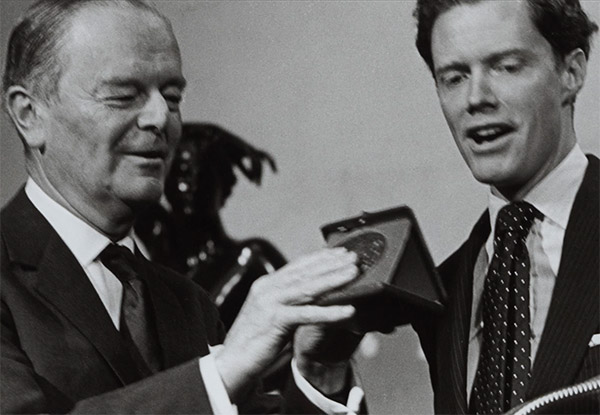 The documentary “Civilisation” and America celebrates the 50th anniversary of the 1970 American premiere of Kenneth Clark’s landmark, 13-part British television series Civilisation. A year earlier in 1969, National Gallery of Art director J. Carter Brown hosted the US theatrical premiere of that groundbreaking BBC cycle. Each of the 13 episodes drew record-breaking crowds to the museum’s theater. Civilisation became so hugely popular in America that it was practically a household word in some parts of the country. The new documentary revisits the history of this TV spectacle and the effect it had on the more than 10 million Americans who were viewing it at the height of the protests against the war in Vietnam, a confrontation that divided the country and challenged the notion of the value of Western culture in our lives. Made with the cooperation of the BBC, “Civilisation” and America features archival footage from all installments of Civilisation, as well as interviews with noted British broadcaster David Attenborough, illustrating that the strength of Clark’s vision remains undiminished a half century later. (Michael Maglaras and Terri Templeton, 2021, 120 minutes)