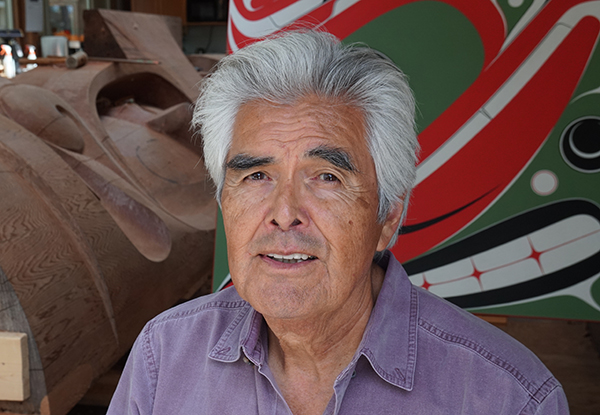 Streamed May 19 through May 25

A native of the Alexander Archipelago off the southeastern coast of Alaska, Robert Davidson is one of Canada’s most prominent and treasured artists. Davidson is of Haida and Tlingit descent, part of a family of well-known artists including his great grandfather, Charles Edenshaw, his father, Claude Davidson, and his brother, Reg Davidson. Robert has been a key player in the revival of coastal indigenous art. While still a young man he became famous for carving and erecting a 40-foot totem pole on Semiahmoo First Nation lands—the first since 1871. Today his work is sought after in the global art market, creating an unusual duality—high art pursued by prominent collectors that also embodies the reclamation of nature and traditional culture. These threads are interwoven to trace Davidson’s life and career in Haida Modern. (Charles Wilkinson, 2019, 85 minutes)