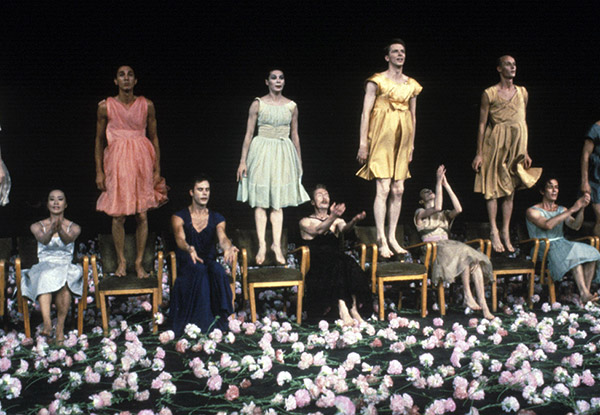 One Day Pina Asked…, by renowned director Chantal Akerman, is unlike any other film on dance or choreography. Honoring fleeting impressions by performers both on and off the stage, the work records five weeks of rehearsals and performances by Pina Bausch’s Wuppertal dance-theater troupe on the cusp of a European tour. Though modest in budget, the film has all the hallmarks of Akerman’s oeuvre, including her steady camera placement, appreciation of the absurd in everyday life, and attention to the repetition of seemingly mundane movements and gendered enactments. Often, her framing reveals a disinterest in documenting the overall action and arc of a dance to focus instead on the transmission of energy between select dancers via expression as well as their physical proximity to one another and the audience. “Both [Bausch and Akerman] create reflective, large-scale visual compositions,” notes critic Stephen Holden, “that convey a powerful but ambiguous emotional intensity.” (Chantal Akerman, 1983, 57 minutes)