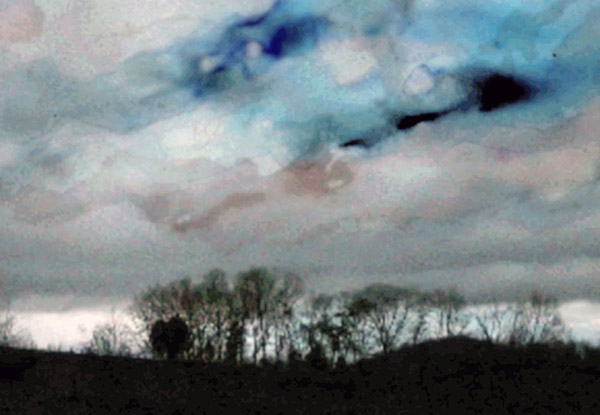 The Crack-Up and War and the Weather

Taking its name from F. Scott Fitzgerald’s 1936 autobiographical essay, Jonathan Schwartz’s The Crack-Up is a powerful cinematic excursion through fear, near-collapse, and transformation. Reflecting on life’s “process of breaking down,” the film is extremely personal, yet also a commentary on the political and climate crises of this early 21st century. With awe-inspiring 16mm footage of glaciers, monumental snow-covered landscapes, and an icy, roiling sea, The Crack-Up alternates strident sounds and brash rhythms and gestures of the camera with moments of arresting fragility and grace. (Jonathan Schwartz, 2017, 18 minutes). With special thanks to Irina Leimbacher.

War and the Weather

Artist Enid Baxter Ryce created an experimental documentary with a musical score by Philip Glass to portray, in moving images, the history of “atmospheric rivers,” or streams of water vapor in the sky. Just like rivers that move water around on the land, atmospheric rivers—never visible to the naked eye—were a vital force in shaping the colonization of the American West. Today, the evolving scientific and cultural understandings of atmospheric rivers exemplify the complexity and importance of the stories we tell ourselves about science, climate, and the natural world. This film was created at the Days and Nights Festival held at the Philip Glass Center for the Arts, Science, and the Environment. (Enid Baxter Ryce, 2020, 65 minutes)