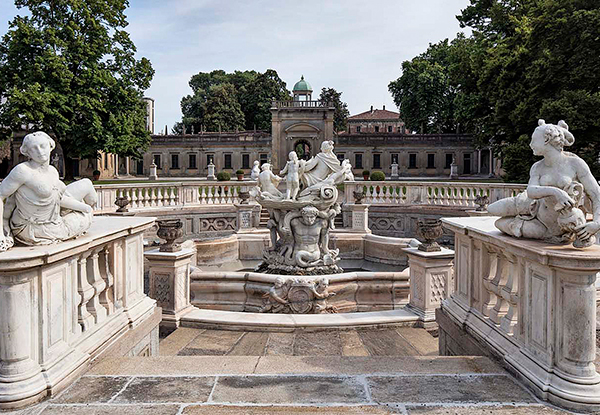 From the series Villa Visconti Borromeo Litta: A Renaissance Villa Returns to Life

Streaming now through May 11

Villa Visconti Borromeo Litta—Four Centuries of History, a Journey through Time between Art Delights and Water Games, directed by Francesco Vitali and written in collaboration with Claudia Botta, is based on the book Milano profana nell’età dei Borromeo (Secular Milan in the Borromean Age) by Alessandro Morandotti, and produced by Francesco Vitali, Municipality of Lainate, Friends of Villa Litta Association, and Roadmovie.

The film richly illustrates the history of one of the most famous and lavish Italian pleasure villas, located in the town of Lainate in Lombardy, not far from Milan. Using onsite documentation, costumed reenactments, interviews with prominent curators and historians, architectural models, and computer graphics, Villa Visconti Borromeo Litta portrays centuries of Italian art and architectural history in terms of stylistic expression. The film also explores the social, familial, and political milieux—not least of which is the chronicle of Pirro I Visconti Borromeo, count of Brebbia, the creator of this place of art and delights, a romantic, a patron, and a sophisticated man of culture in Milan during the late sixteenth century. The villa’s wonders are many—its famous Nymphaeum, greenhouses, palaces, sculptures, frescoes, fountains, and water features among them.

The film documents the development of this historic site from its inception in the sixteenth century until the twentieth century (by the 1970s, it had been reduced to a near ruin). Thanks to the maintenance of the park and the Nymphaeum by the Friends of Villa Litta Association, the Municipality of Lainate, and many other partners, the villa reopened to the public in 1990. Collaborators on the film include the Poldi Pezzoli Museum in Milan, the Louvre, the National Gallery of Art in Washington, the Hermitage, and other museums. The film has been broadcast on European television networks such as SKY ARTE for Italy and TVP KULTURA for Poland. We thank these channels for their permission and cooperation for this streaming. (2018, 89 minutes)