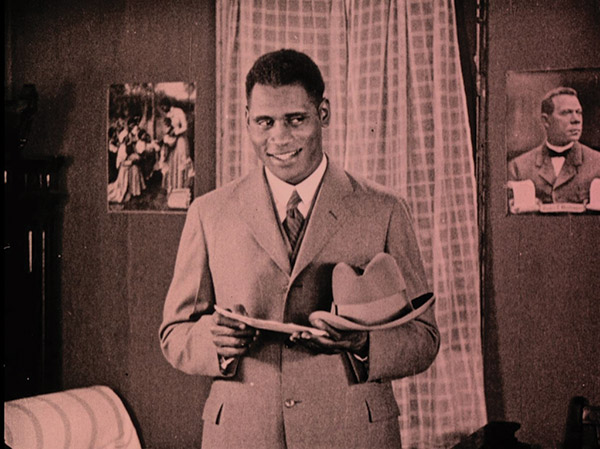 From the series Virtual Cinema - 2022

The iconic performer Paul Robeson’s debut screen performance, Body and Soul by the legendary director Oscar Micheaux is an example of an early “race film,” a genre produced in the first half of the 20th century by all–African American casts and crew specifically for Black audiences. Controversial upon release because of its portrayal of a swindler posing as a clergyman, Body and Soul is the only instance of Micheaux directing Robeson for the screen. With a new soundtrack by DJ Spooky (aka Paul Miller). (Oscar Micheaux, 1925, 75 minutes) Presented in conjunction with the exhibition James Van Der Zee’s Photographs: A Portrait of Harlem.