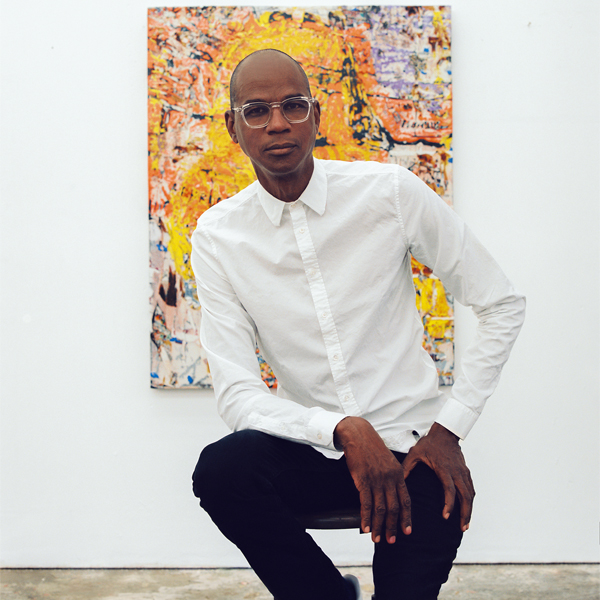 Mark Bradford (b. 1961 in Los Angeles; lives and works in Los Angeles) is “best known for his large-scale abstract paintings created out of paper. Characterized by its layered formal, material, and conceptual complexity, [his] work explores social and political structures that objectify marginalized communities and the bodies of vulnerable populations.” In a 2006 interview with Thelma Golden, Bradford discussed his two 2006 paintings, Black Wall Street and Scorched Earth, based in part on the 1921 Tulsa Race Massacre. Thinking about this intersection of event and artwork as a starting point, this conversation acknowledges the centennial while also exploring the formal changes in the artist’s work wrought by the event. The discussion considers how historical analysis and research affect form, Bradford’s engagements with art history, and his reimagining of modernist art. Bradford’s approach to history painting provides an opportunity to think about the genre anew, examining what it looks like in 2021. Bradford’s work is represented in the National Gallery of Art collection by  (2016).

The Elson Lecture Series features distinguished contemporary artists whose work is represented in the National Gallery's permanent collection. The Honorable and Mrs. Edward E. Elson generously endowed this series in 1992.