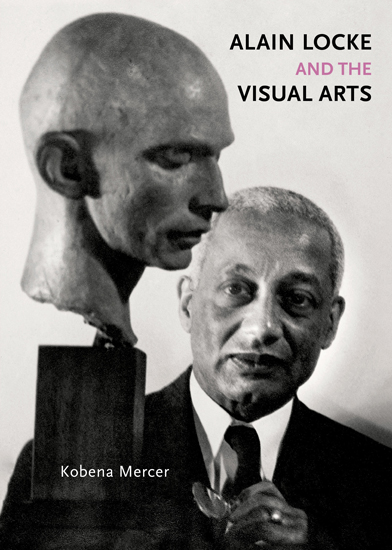 Alain Locke and the Visual Arts

Registration is required and opens Friday, September 16 at noon.

Please join us for a lecture and signing of Alain Locke and the Visual Arts with Kobena Mercer.

Kobena Mercer, Charles P. Stevenson Chair in Art History and Humanities at Bard College, is an art historian and writer whose scholarship spans the fields of art history, Black studies, and cultural studies. Before joining Bard College, Mercer was professor of History of Art and African American Studies at Yale University. Since his groundbreaking first book, Welcome to the Jungle: New Positions in Black Cultural Studies (1994), he has published widely, bringing a distinctive perspective to black visual arts in studies of the artists , , , Isaac Julien, Renée Green, and .

About Alain Locke and the Visual Arts

In his new publication, Mercer offers a fresh take on the Harlem Renaissance by looking in-depth at the art criticism and art world interventions of the era’s leading cultural theorist, Alain Locke (1885-1954). Teaching philosophy at Howard University, Locke was fascinated by modernism’s transformation of tribal artifacts that had previously been devalued under colonialism. His vision of modern art as a dynamic space where images and ideas come together to generate new forms led him to create the “imaginary museum” of his 1940 picture book, The Negro in Art.

Exploring the philosopher’s advocacy for an Afromodern aesthetic, which drew from both African and European pasts, Mercer also considers gay male aestheticism as an influence on Locke’s lifelong commitment to art. In doing so, he examines why representations of black bodies were so prevalent in the early years of 20th-century American art.