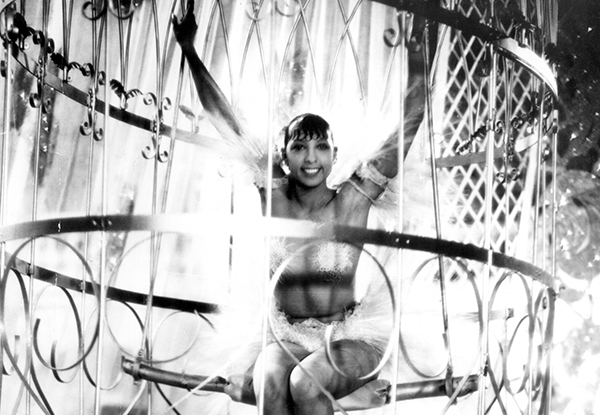 Josephine Baker as a “Rememory” of Global Black Cinema? Born in St. Louis, Missouri, in 1906, French American entertainer Josephine Baker was among the first Black women to star in feature films. She played a leading role in Siren of the Tropics (1927), Zou Zou (1934), and Princess Tam Tam (1935), followed by The French Way (1945). Baker holds monumental significance for the understanding of a more inclusive and diverse American film history. Yet, unfortunately, she tends to be known only in bits and pieces through references to her multicultural adopted family, her banana dance, her expatriate life in Paris, or her heroism as a member of the French resistance during World War II.

In her 2021 Rajiv Vaidya Memorial Lecture, Terri Simone Francis reflects on Josephine Baker’s influence within the visual arts and theorizes Baker as both an international cultural figure and an African American film pioneer. Recent restorations of her films of the 1920s and 1930s have allowed her work to be seen in the context of recent cinema and media, indeed almost as recent cinema and media. In Francis’s view Baker exemplifies what author Toni Morrison called a “rememory”—a remembered memory. Francis’s study of Baker addresses absences and silences in film history, and she draws upon Morrison’s concept of rememory and Baker’s career to reconstruct the global beginnings of Black cinema. Ultimately, Francis is concerned with the film histories of the future, in which Black cinema history will be full of new unknowns, and believes that Baker’s authorship can inform new vocabularies of film thinking, film writing, and film feeling.