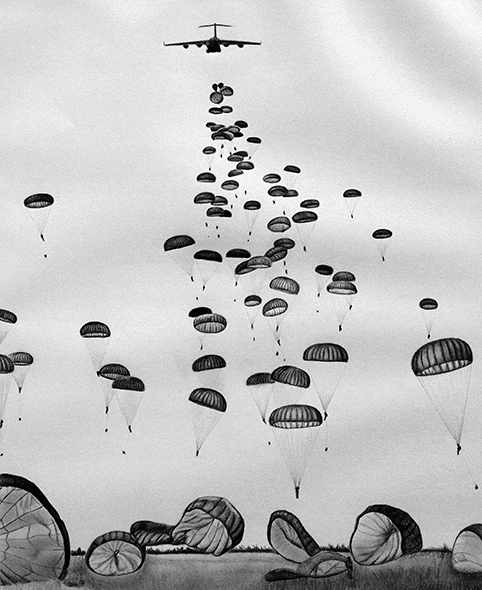 From the series Works in Progress

Woody Powers has always drawn, but his work took off when he started creating images for his fellow veterans of the U.S. Army’s 82nd Airborne Division. Today, he has a substantial Facebook following and has expanded his repertoire of depictions in his charcoal drawings. Reflecting on their respective careers in the military, Woody Powers and Terence Washington discuss Powers' imagery and how his experiences in the military affect his artistic practice.