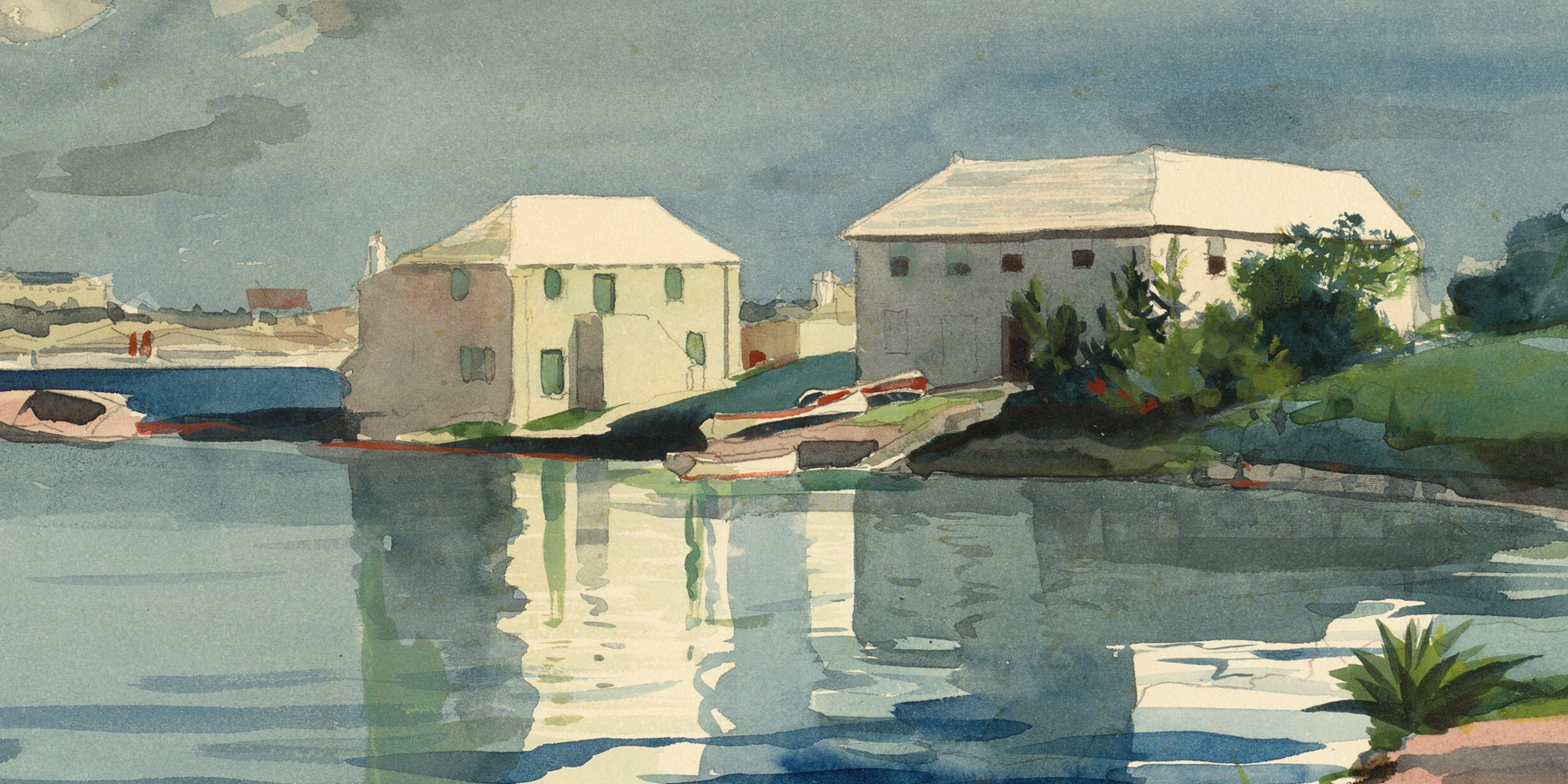 Notable American drawings in the National Gallery’s collection include an accomplished pastel by John Singleton Copley, one of the few he signed; outstanding watercolors by Winslow Homer; and exceptional compositions in chalk and pastel by John McNeil Whistler. Twentieth-century works are a particular strength: nearly 150 watercolors and several sketchbooks by John Marin, seminal charcoal drawings by Georgia O’Keeffe, more than 800 drawings by Mark Rothko and about 1,200 drawings by Richard Diebenkorn, plus significant holdings by modern artists like Vija Celmins, Philip Guston, Agnes Martin, Barnett Newman, Jackson Pollock, and David Smith, and a remarkable group of drawings by minimalist and conceptual artists such as Christo, Sol Lewitt, On Kawara, and Richard Tuttle. The Gallery also has an important group of nineteenth-century American naïve drawings and watercolors, as well as The Index of American Design, a visual archive produced between 1935 and 1942 that consists of approximately 18,000 watercolor renderings of American decorative arts objects from the colonial period through the nineteenth century.

Folk Arts of the Spanish Southwest