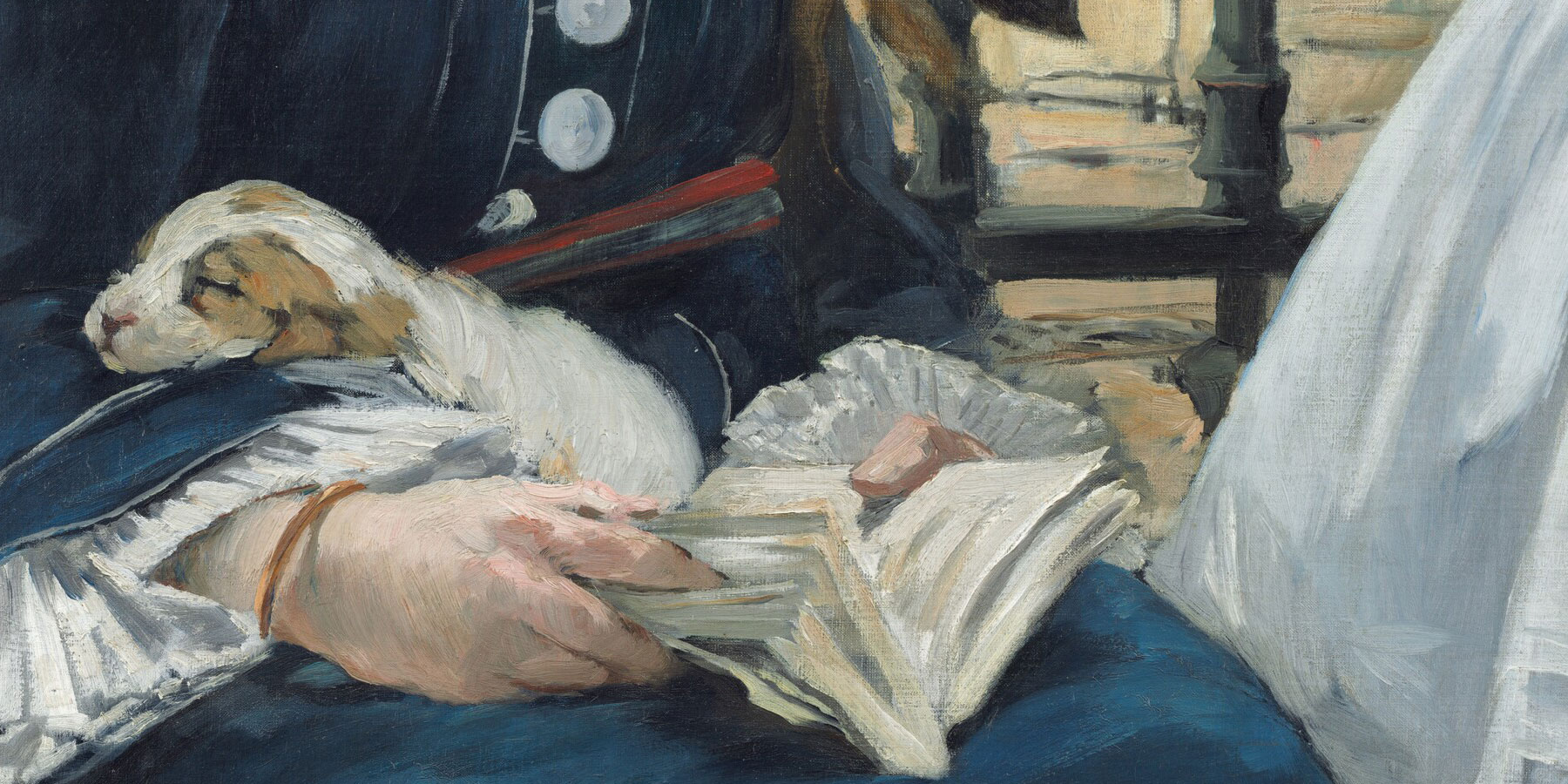 French Paintings of the 19th Century Edouard Manet
The Railway, 1873
Gift of Horace Havemeyer in memory of his mother, Louisine W. Havemeyer
1956.10.1

As the century began, the academic style favored by the official Salon still dictated the success of artists and public taste. But soon that began to change. Realists turned convention on its head to give heroic character to everyday subjects. Manet scandalized the public with his images of modern life. Impressionists tried to capture fleeting effects of light and atmosphere.

Painting in the first half of the 19th century was dominated by Ingres and Delacroix, the first continuing in the neoclassical tradition in his emphasis on linear purity, and the second championing the expressive, romantic use of color as opposed to line. Both significantly influenced a new generation of painters who sought to communicate their own personal responses to the political upheavals of their time.

For 200 years, the Academy, the School of Fine Arts, and the Salon (the official exhibition) had fostered the French national artistic tradition. But by the middle of the 19th century the academic system began to lose its relevance for the younger artists.

During the 1860s and 1870s, the artists who later became known as the impressionists concluded that the smoothly idealized presentation of academic art was formulaic and artificial. Their relatively loose, open brushwork underscored their freedom from the meticulously detailed academic manner. They were innovative in their subject matter, too, choosing motifs that did not teach or preach, such as landscape or ordinary activities of daily life, which were considered trivial or degenerate by the Academy. Often juries, dominated by academic attitudes, rejected the young artists' paintings altogether.

These artists thought that if their work was exhibited fairly, it would gain acceptance. They sought favorable viewing conditions such as good lighting and ample space between paintings, and they also wanted to exhibit more works than the two allowed by Salon rules. In 1874, Monet, Renoir, Pissarro, Degas, Morisot, and Sisley led a number of friends to form an association and publicly presented the first group exhibition independent of the official Salon. They called themselves "Artists, Painters, Sculptors, Printmakers, etc., Inc." to avoid descriptive titles and pejorative epithets. Critics noted their unorthodox style, especially a work exhibited by Monet with the title Impression, Sunrise (Musée Marmottan, Paris) and sarcastically dubbed them "impressionists." The group, which presented eight exhibitions in all, survived until 1886. By then the core impressionists were beginning to attain a degree of popular success. The exhibition strategy that had been essential to their enterprise was no longer necessary, and the group disbanded.

The audacious impressionist venture had overturned contemporary artistic institutions and freed artists to explore new forms of expression. A variety of styles arose as the impressionist movement concluded. Post-impressionism, usually associated with Seurat, Cézanne, Gauguin, and Van Gogh, was neither a style nor a movement; rather, post-impressionism was differentiated by the largely symbolic and imaginary sources of inspiration that supplanted the naturalist and realist impulses that had shaped impressionism.

Manet and His Influence

The Beginnings of Impressionist Landscape