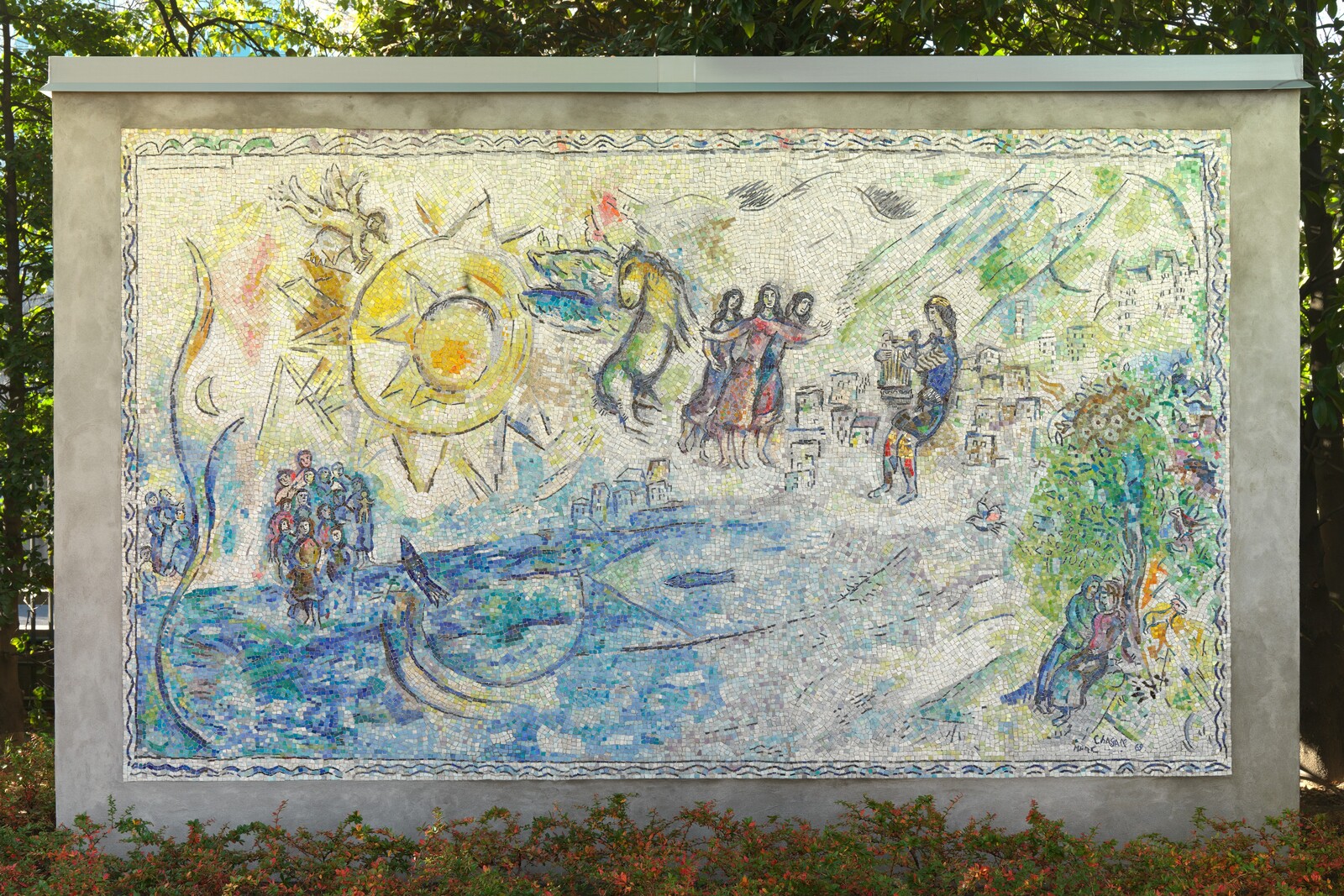 In 1968, Marc Chagall visited the Georgetown home of his friends and patrons Evelyn and John Nef, and decided that he would design a mosaic specifically for the Nefs’ garden. There the work Orphée (Orpheus)—remained until it was bequeathed to the National Gallery of Art by Evelyn (1913–2009). This bequest also included 31 drawings, 46 prints, and 25 volumes from the collection that the Nefs had built together.

The mosaic’s large scale—approximately 10 by 17 feet and 1,000 pounds—is belied by its ethereal figures and mystical tone, which also distinguish so much of Chagall’s work in other media. Swooping arabesques and three concentric suns create an undulating rhythm throughout the composition. The colorful, layered narratives are loosely drawn from Greek mythology and from the artist’s personal experience. At center, Orpheus charms animals with his lute, accompanied by the Three Graces and the winged stallion Pegasus. In the bottom left corner of the mosaic, beneath the blazing sun, a group of people wait to cross a large body of water. According to Chagall, this scene not only alludes to the immigrants and refugees who crossed the ocean to reach America, but also references his own past: smuggled out of Nazi-occupied France by the International Rescue Committee during World War II, the Jewish artist found safe haven in New York. In the lower right corner, two lovers nestle in the greenery. Evelyn asked the artist if the figures depicted her and John; Chagall replied, “If you like.”

Chagall designed the maquette for the mosaic at his studio in France and hired Italian mosaicist Lino Melano—who created mosaics for Pablo Picasso, Fernand Léger, and Georges Braque. Using Murano glass, Carrara marble, and natural colored stones from Italy, Melano executed the ten-panel work and then installed it on site in the Nefs’ garden in Georgetown.

Chagall turned to the decorative arts, including mosaic, stained glass, and tapestry, in the latter part of his life. He completed commissions for cathedrals and civic settings in Europe, Israel, and the United States. 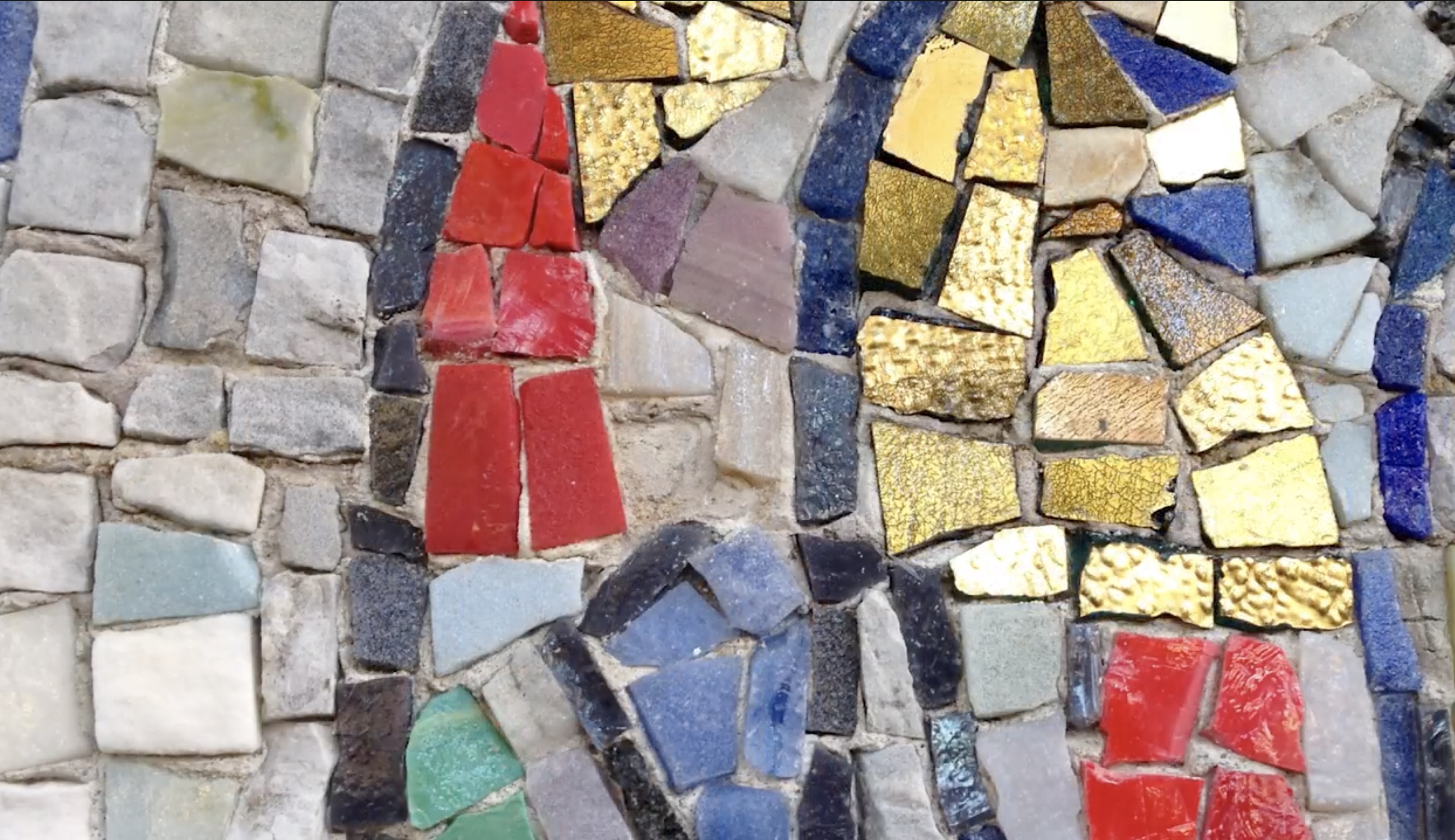 From Private Setting to Public Garden

Follow the journey of Marc Chagall’s masterful mosaic, Orphée, from its original setting in a private Georgetown garden through extensive conservation at the National Gallery of Art to its installation in a secluded spot in the Gallery’s Sculpture Garden.

Passes
Admission is always free and passes are not required.