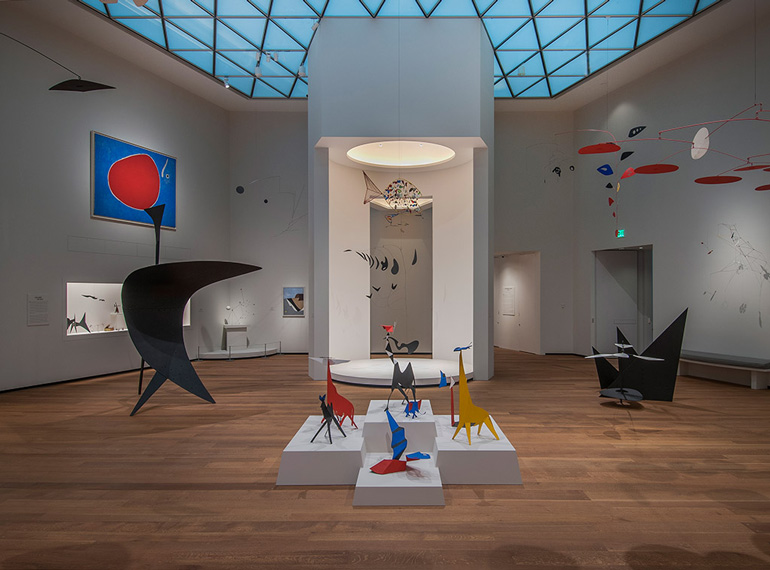 Perhaps no artist has a larger presence at the National Gallery of Art than Alexander Calder. His monumental mobile, commissioned for the opening of the East Building, has become nearly as iconic as the building itself. A part of the East Building renovation and expansion, the Gallery’s Tower 2 galleries boast the world’s largest display of works by Alexander Calder with more than 40 sculptures and paintings, spanning the late 1920s through 1976, including 19 long-term loans from the Calder Foundation.

In the mid-1930s, Calder began to work on frames and panels that explored the concept of three-dimensional paintings in motion. Instigated by either natural forces or human intervention, movement of these compositions results in flashes of forms and colors, a complex choreography of elements that blurs the line between circumstance and permanence. Red Panel (1936) constitutes Calder’s largest “painting in motion.” The installation also includes Finny Fish (1948), which is made of wire, glass, a spoon, and a sardine-tin opener, among other objects. Several impressive “stabiles” are also on display, including Ruby-Eyed (1936) and Sphere Pierced by Cylinders (1939), as well as “standing mobiles” such as La vache (1970) and Crinkly Taureau (1970).