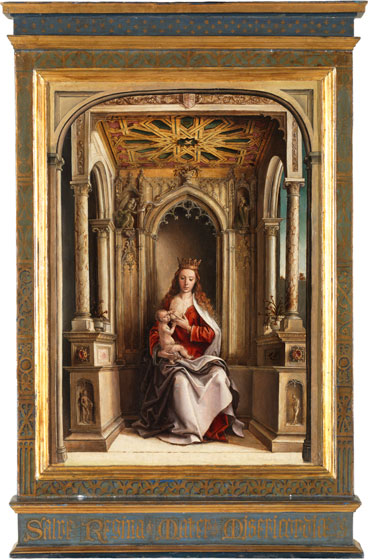 Painted by Alonso Berruguete’s talented father, Pedro, this exquisite scene of the Virgin and Child shows the enduring influence of Flemish painting on the arts of Castile. Berruguete must have started his career in command of a similar style of painting — now called the Hispano-Flemish style. 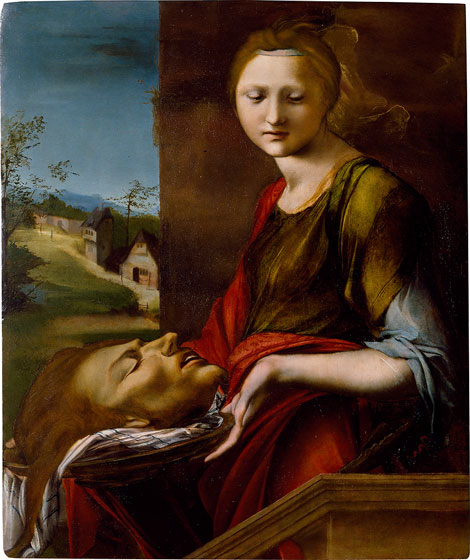 This is one of only a handful of paintings that survive from Berruguete’s time in Italy. It depicts Salome, who ordered Saint John the Baptist’s beheading. Here she holds his head on a silver platter. Her long fingers, elegant pose, demure gaze, and idealized features are consistent with mannerism, a style of art that was becoming fashionable in Florence during the 1510s. Berruguete was in the vanguard of the movement. Like other mannerist artists, he favored exaggerated forms and complicated poses over the restrained beauty of earlier Renaissance art. 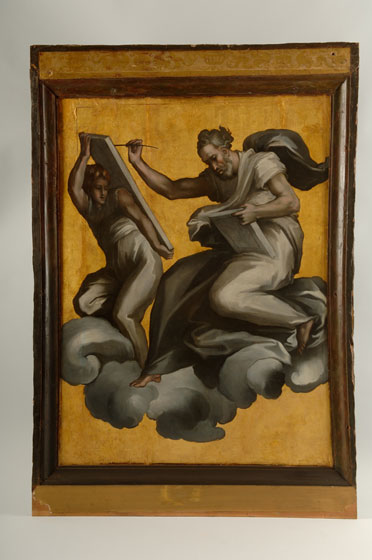 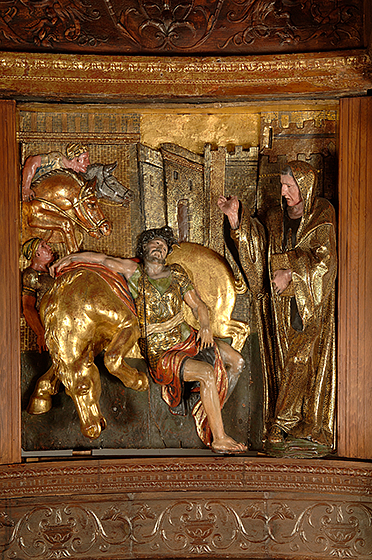 This is one of four reliefs from the retablo mayor of San Benito depicting scenes from the life of Saint Benedict. Here Benedict is shown converting a heretic who had been trying to rob a poor farmer. The man falls, terrified, from his horse as he watches Benedict perform a miracle. 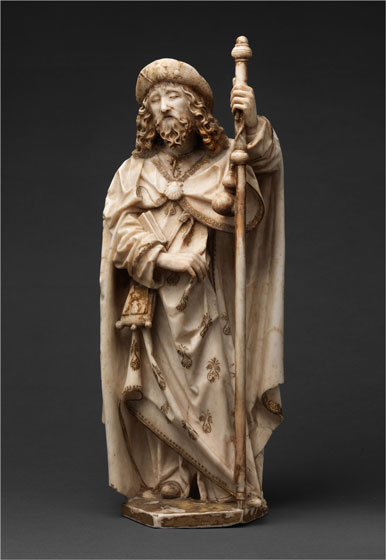 Doubtless seen by Berruguete during one of his visits to northern Castile, this exquisite statuette of Saint James the Greater originally decorated Gil de Siloe’s masterwork in alabaster, the tomb of King John II of Castile and Queen Isabella of Portugal in the Carthusian monastery of Miraflores, near Burgos. The complex pattern of angular drapery folds, attention to minute details, and elongated bodily features are characteristic of the late Gothic style brought to Castile during the fifteenth century by northern artists like Gil. 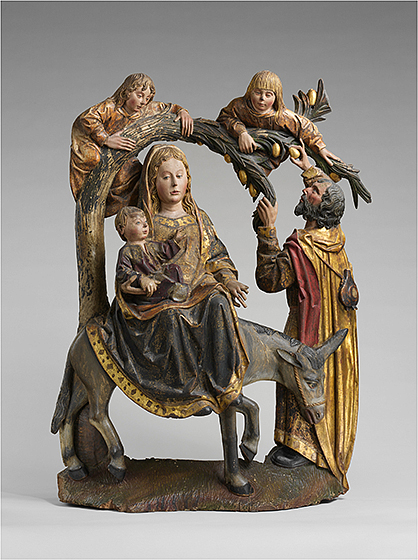 Painted wood sculpture was the norm in Castile long before Berruguete’s time, as seen in this group executed in a traditional style that reflects the influence of sculpture from northern Europe. 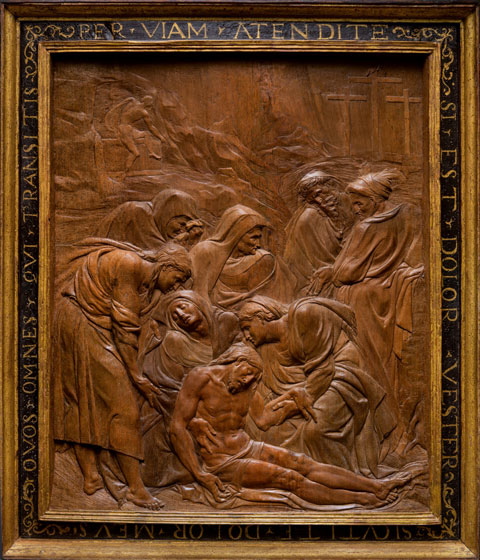 This moving relief was likely carved in Barcelona around 1519, the year Berruguete visited the city. Executed by Bartolomé Ordóñez, a sculptor who, like Berruguete, was from Castile and had worked in Italy, it reflects the shallow carving style of Donatello, the great Florentine master of the fifteenth century. The relief is a reminder that Berruguete was not the only Spanish artist introducing the lessons of the Italian Renaissance to Spain. Ordóñez’s influence was limited, however, as he died the following year. 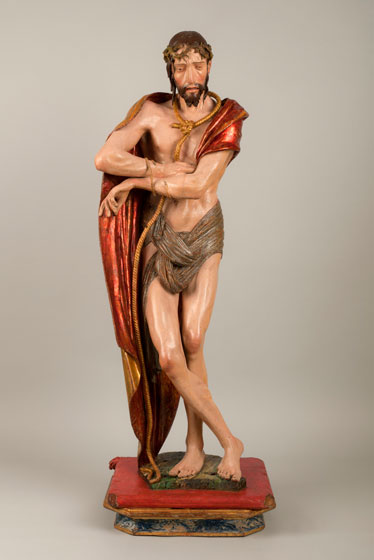 This is Berruguete’s earliest surviving sculpture, which comes from a monastic church near Valladolid, the town in central Castile where the artist moved in 1522. Depicting the bound and tortured Christ as he is presented to jeering crowds on the way to his crucifixion, the figure is likely to have stood on an altar, perhaps as the central figure in a retablo (altarpiece). Berruguete’s treatment of the subject was unconventional in Castile. Instead of following tradition and covering Christ’s body with scourge marks and blood, Berruguete elicits sympathy from the viewer through other means. The cross-legged pose, slender limbs, and unsupported arms create a sense of unbalance that conveys Christ’s helplessness. The solution reflects works of art that Berruguete would have studied in Italy. 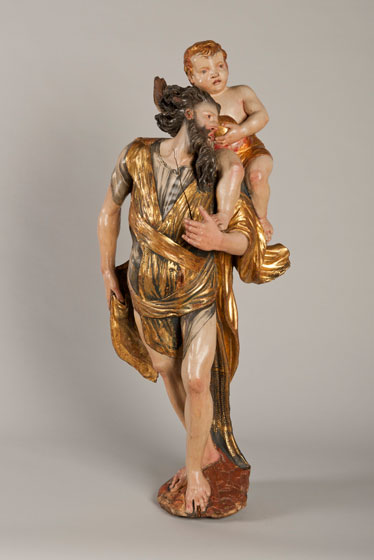 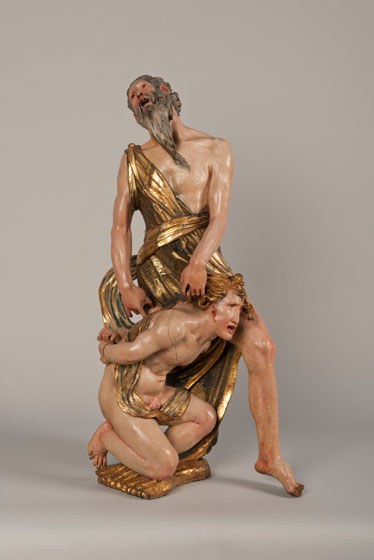 One of Berruguete’s most celebrated sculptures, this group depicts the moment when Abraham is about to sacrifice his son Isaac on God’s orders. As the anguished Abraham looks heavenward in disbelief, his terrified son kneels and awaits his fate. Before Abraham could carry out the act, however, God appeared and offered him a ram to sacrifice instead. 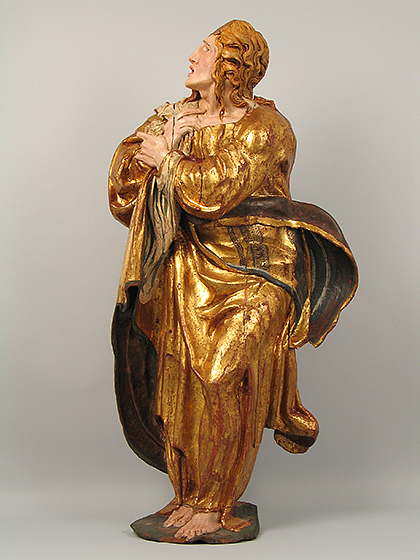 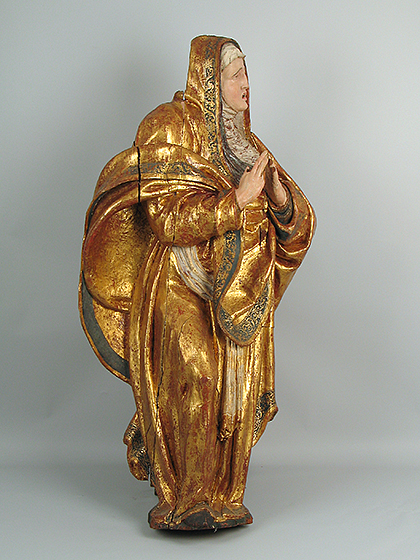 In Rome, Berruguete was granted permission to study Michelangelo’s recently completed ceiling in the Sistine Chapel, as evidenced by this study of the prophet Daniel. It is among the earliest drawings of a single figure from the ceiling. A later inscription on a strip added to the top of the sheet records Berruguete’s name, profession, fame, and visit to Rome. 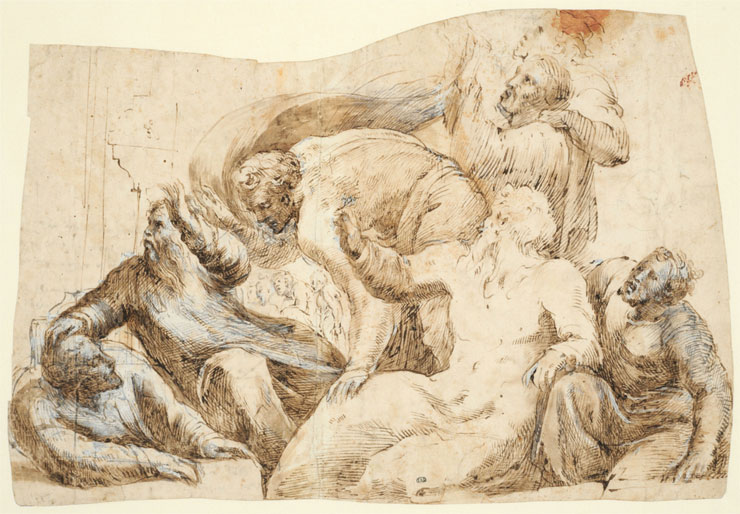