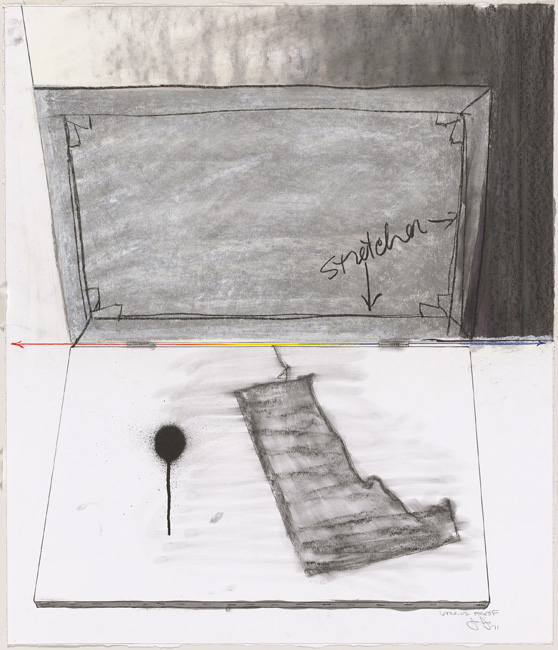 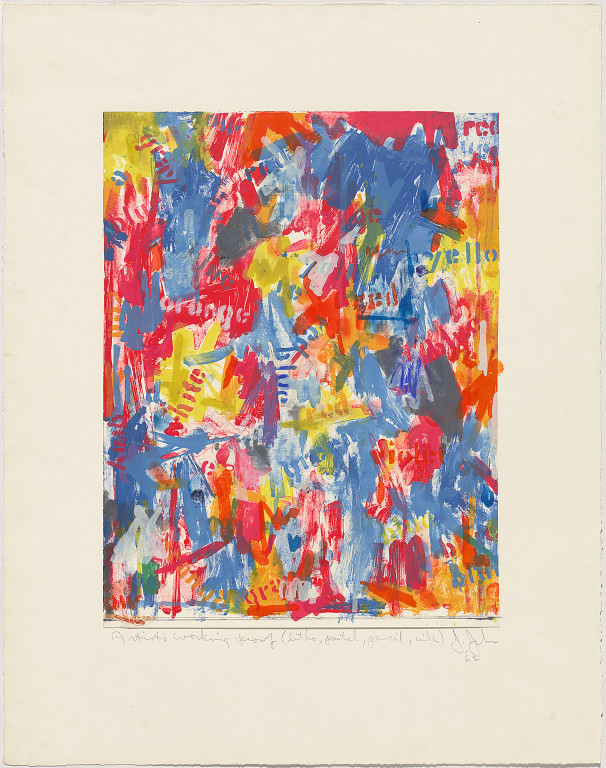 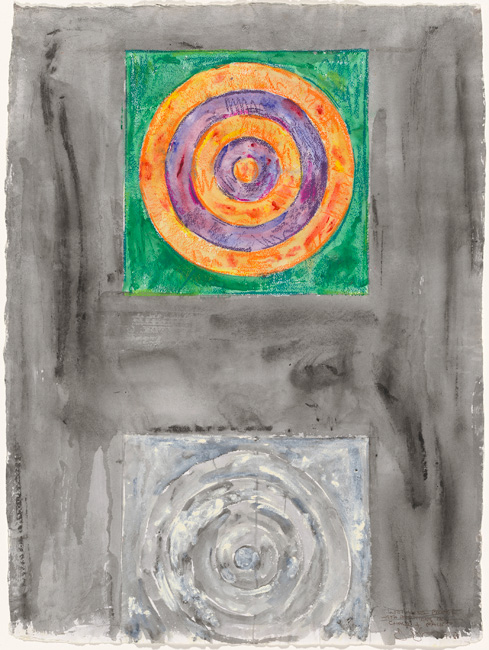 While developing his 1968 lithograph Targets, Johns annotated this sheet as a working proof. When he later observed that it is directly drawn and painted in its entirety, he crossed out the "working proof" designation. 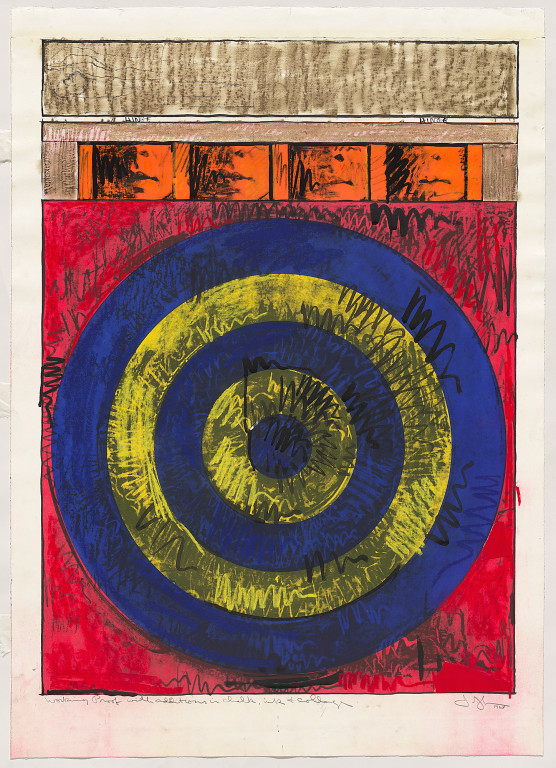 Returning to imagery seen in his 1955 painting of this title, Johns combines the rhythmic geometry of the concentric target bands with four images of the human face, emphasizing variation in repetition—an essential element of Johns' art. The model is choreographer Merce Cunningham (1919–2009), whose dance company used an image of the related edition print for a poster. 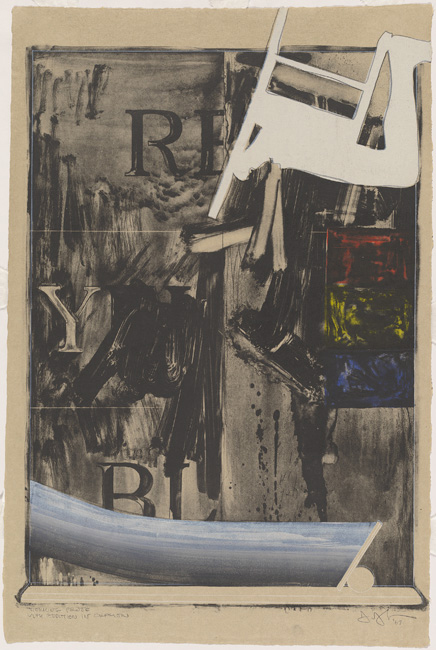 Johns first explored the theme of the watchman in a 1964 canvas. One of his notebooks from that year offers the following enigmatic comment: "The watchman falls 'into' the 'trap' of looking.'...'Not spying, just looking'—Watchman."

In this working proof, the leg and chair are strengthened with a crayon outline. 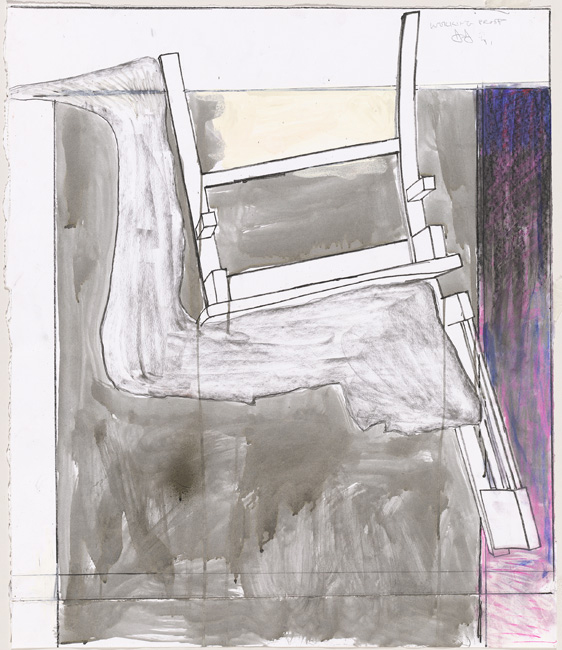 Johns added broad areas of color on top of a printed outline in this working proof. 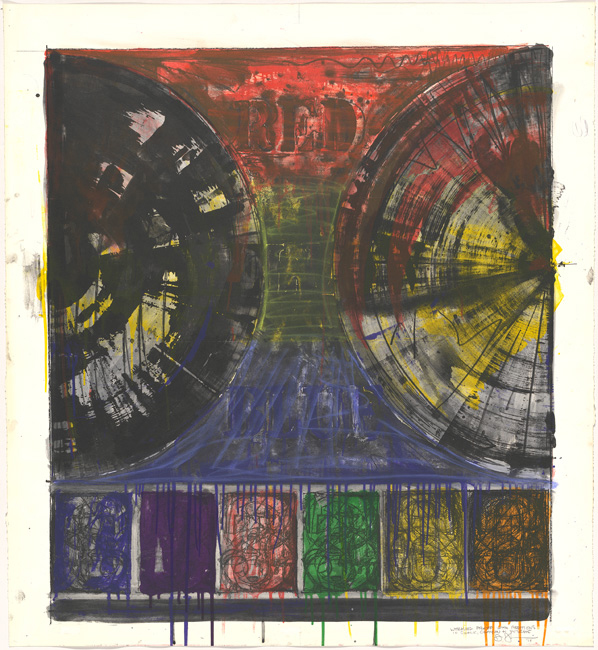 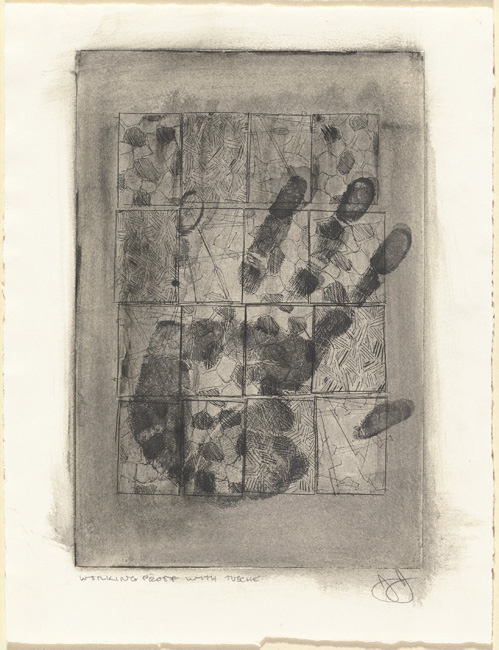 Johns contributed 33 etchings and two lithographs to a bound volume that also includes five short texts by the Irish writer Samuel Beckett. (Beckett referred to his prose texts as "fizzles," or foirades in French.) The images do not serve as illustrations for the text. Rather, they reflect parallel artistic and philosophical concerns, including both artists’ preoccupation with fragmentation and loss, language and sign, memory and metaphor.

In developing the book, Johns made more than 150 proof impressions, including 35 working proofs. He also designed the sequence in which text and images would be integrated. 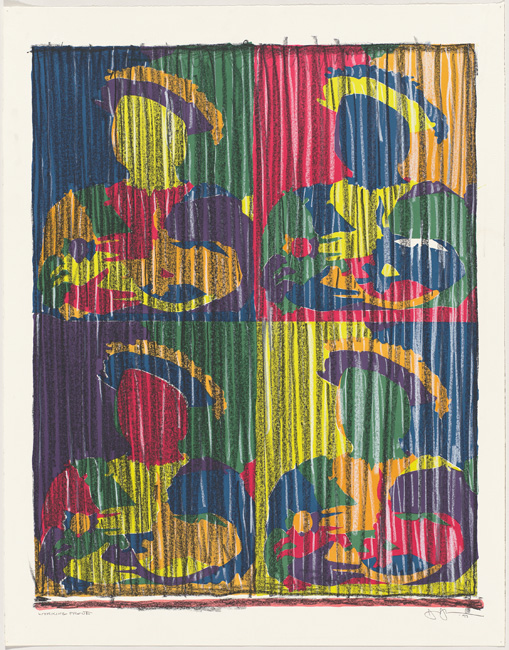 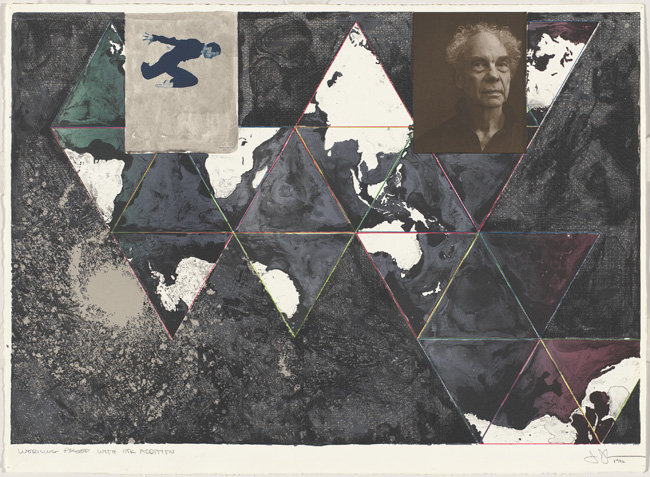 Ocean is the title of a 90-minute dance choreographed by Merce Cunningham and first performed by his dance company in 1994. This is one of three working proofs Johns made while developing a lithographic edition of Ocean to benefit the company founded by Cunningham, who is represented in the two portraits. The geometric structure recalls that of Johns' painting Map (Based on Buckminster Fuller's Dymaxion Air Ocean World) of 1967–1971. The implied 19-triangle format echoes the 19-part structure of Cunningham's dance.