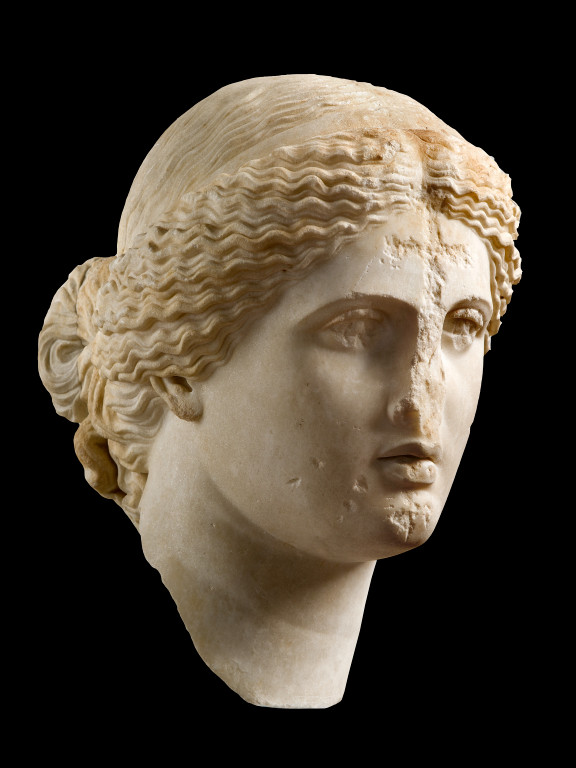 This head belonged to a larger than life-size statue of Aphrodite, a copy of a fourth-century BC original by Praxiteles. It may have served as an offering to the sanctuary of Aphrodite on the north slope of the Acropolis. The cross on the forehead was carved by a Christian, who damaged the eyes in an effort to “blind” the goddess. Crosses were also sometimes carved on ancient statues to Christianize them for reuse as images of saints. 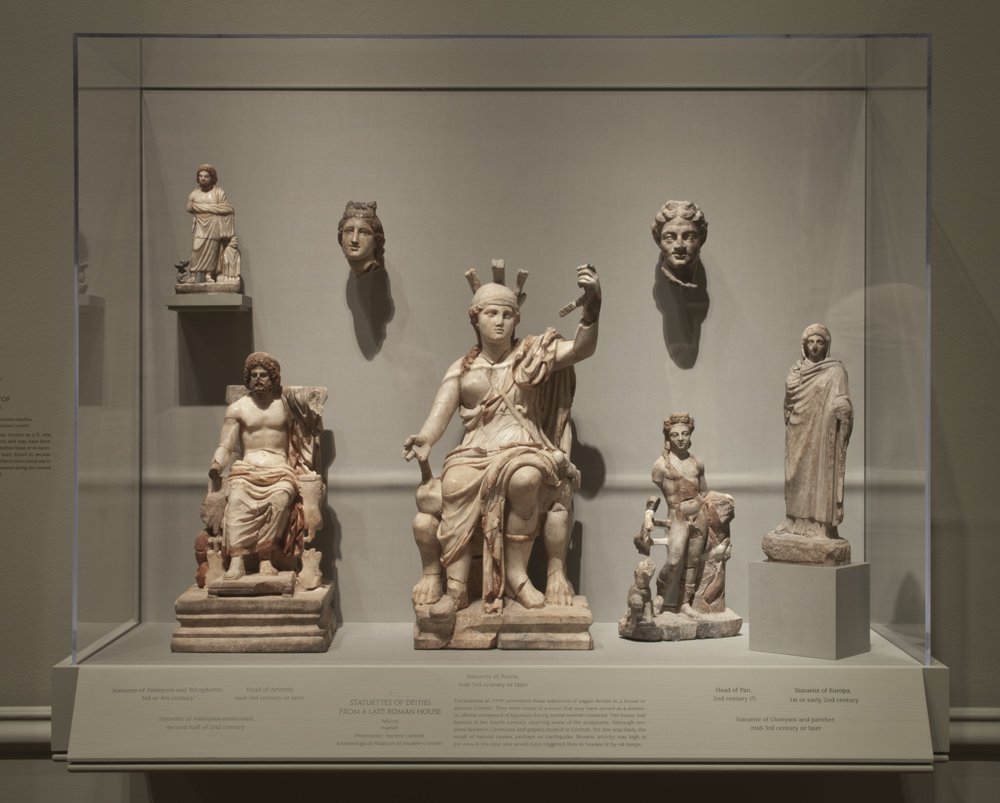 Excavations in 1999 unearthed these statuettes of pagan deities in a house in ancient Corinth. They were found in a room that may have served as a domestic shrine composed of figurines dating across several centuries. The house had burned in the fourth century, charring some of the sculptures. Although tensions between Christians and pagans existed in Corinth, the fire was likely the result of natural causes, perhaps an earthquake. Seismic activity was high in the area at the time and would have triggered fires in houses lit by oil lamps. 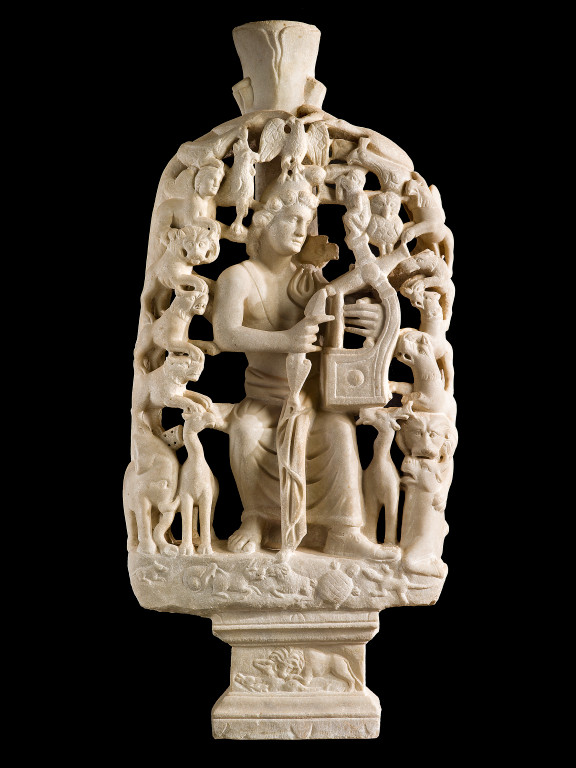 This sculpture once supported a single-legged table. The subject of Orpheus enchanting animals with his lyre appeared in ancient Greek art as early as the sixth century BC; by the late second century AD, it was adopted by Christians as an allegory of Christ saving souls with his word, the Gospel.

Here, Orpheus sits surrounded by creatures both wild and tame, real and imaginary: a giraffe, lions, an elephant, a deer, wolves or dogs, a bear, griffin, sphinx, monkey, owl, rooster, and peacocks. Carved in relief below his feet are a wolf, snail, boar, ram, tortoise, and lizard. The eagle standing on the musician’s head is a common symbol of Christ’s Resurrection. 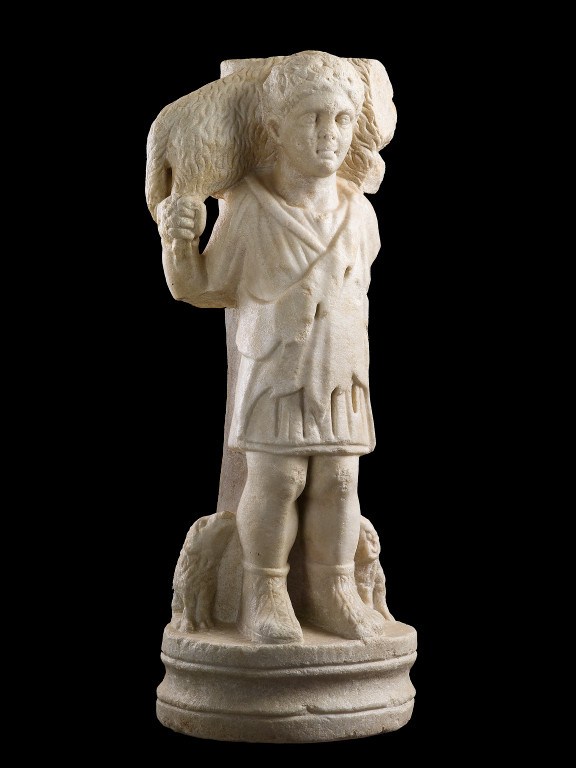 Images of a shepherd carrying an animal on his shoulders date back to the sixth century BC when they appeared in archaic Greek sculpture and on vases. Christians adopted the image to represent Christ, who likened himself to the “good shepherd who giveth his life for his sheep” (John 10:11). The subject also recalls the opening line of Psalm 23: “The Lord is my shepherd, I shall not want.” Of all the Christian borrowings from ancient art, images of the Good Shepherd were the most enduring and widespread, found from Britain to Syria.