“I believe good work undermines categories, and its test (and its death) is its success.”

During my second year as the A. W. Mellon Postdoctoral Fellow, I have focused on a monographic book project about the African American artist Charles Gaines (b. 1944). His commitment to conceptual strategies—specifically, systems—earned him some measure of success in the mainstream art world starting in the 1970s, and his work is seen as a bridge between first-generation conceptual art in the late 1960s and practices of critical postmodernism in the 1980s. Introducing Gaines as a key practitioner of Black conceptualism, I analyze four bodies of work, each of which interrogates linguistic, cultural, and/or aesthetic systems through maneuvers of transformation, marginality, incommensurability, and indeterminacy. I draw on methodologies of critical race art history to situate Gaines’s art discursively within the frameworks of political, cultural, and social formations of race through which it was received.

One of the only African American conceptual artists working at the time, Gaines has, for over five decades, used systems and rule-based processes to investigate aesthetics, politics, and language. A rigorous and nuanced analysis of his under-theorized work illuminates key questions for contemporary art history and African American art history, particularly regarding the conflicting and intertwined legacies of conceptualism, structuralism, postmodernism, and racial politics that have shaped late 20th- and early 21st-century artistic practice. My book explores how Gaines has supported the right of Black artists to aesthetic experimentation, insisted on the existence of idea-based work, and meaningfully engaged critical theory in his art, writing, and teaching.

Although pursuant to Sol LeWitt’s notion that “the idea becomes the machine that makes the art,” Gaines did not use systems as empirical or documentary devices. Rather, he used them as vehicles to provoke issues around representation. The series Faces (1978–1979), for example, challenges how racial identity becomes racial knowledge and, more broadly, frustrates the mechanics of identification. Here, Gaines created triptychs that paired a photograph of an individual with a gridded numerical plot of their facial information, and then a third panel of that face’s outline overlaid atop all previous outlines in the series. This process of mapping individual features onto a neutral armature (the grid) created an illegible palimpsest, referencing both the nascent technology of computerized facial recognition and the synthetic logic of composite photography used in the pseudoscience of eugenics a century earlier. Gaines subjected photographs of trees, houseplants, and the postmodern dancer Trisha Brown to similar processes, denaturing the form and content of the photographic image to foreground its conceptual and semiotic operations. Systems also enabled the artist to create distance between his intentions and the work’s aesthetic effects, thus defying expectations at the time about how African American artists should communicate their ideas. At the same time—and this is the paradox my book addresses—his proclaimed interest in systems, philosophy, and theory “is because I’m Black, essentially.” Understanding the segregation that marked his childhood as a system of arbitrary differentiation that framed his subjectivity, for example, Gaines utilizes systems in order to question their ideological and structural force over how we make meaning of what we see. 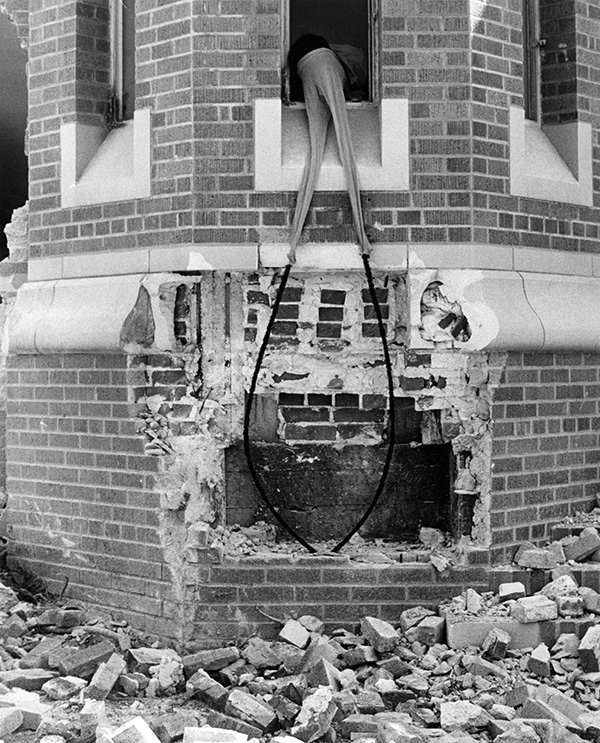 The book emerges from the research I conducted in the first year of my fellowship about the conceptually oriented and experimental practices of African American artists in the late 1970s and early 1980s. That project, “Black Conceptual Practice,” elucidates the work of a generation of artists that includes Gaines, David Hammons (b. 1943), Senga Nengudi (b. 1943), Lorraine O’Grady (b. 1934), and Adrian Piper (b. 1948). Drawing on firsthand interviews and oral histories, recently processed archives, and interdisciplinary theoretical accounts, my research reveals how these artists understood race as the ultimate conceptualism—a framework that transfers meaning onto form (that is, ideas of value onto bodies), while suggesting that form produces meaning. Grounding their praxes in an understanding that Blackness has always been conceptual, and mobilizing the Black body as a conceptually loaded material, they revealed systems that never remained fully conceptual, from segregation to structural inequality. Their critical understandings of the “conceptual” articulated relationships between systems and discrimination, racial knowledge and visuality, and concept and lived reality (which curator Linda Goode Bryant termed “contexturalism”). For example, my reading of the Afro-Asian in the work of Senga Nengudi, David Hammons, and Maren Hassinger triangulates their individual and collective invocation of transcultural space through a shared language of conceptual materialism, which was supported by Bryant at the gallery Just Above Midtown. Indeed, Black conceptual practice is characterized by its transcendence of categories—whether cultural, formal, or stylistic—in the interest of maintaining a radical openness and preserving structures of multiplicity, even if that means risking obscurity on the margins of both the mainstream art world and of Black art discourse. In summer 2022, I will continue research on Charles Gaines and the Los Angeles art world in the late 1970s with the support of a Getty Research Institute Library grant.

Following her fellowship, Ellen Tani will be a 10-month postdoctoral fellow at the Smithsonian Institution. In fall 2023, she will join the College of Art and Design at Rochester Institute of Technology as an assistant professor of modern and contemporary art history.