My dissertation examines a range of sculpted objects made in northern Germany and southern Scandinavia during the second half of the 12th century. It makes the case that sculpture’s formal qualities were invested with political significance during a period when politics were grounded in the material and visual world and forms of compulsion governed artistic production. While ambitious stone and metal sculptures compose the bulk of my evidence, poetry (both Latin and vernacular) affords an aesthetic vocabulary for redescribing art’s effects in a social milieu undergoing profound cultural, economic, and religious change. Hartmann von Aue (d. c. 1210–1220) coined the polysemous term cleine list (small ruse/stratagem), for example, to describe an especially charged object that compresses vast power into its impossibly dense form.

I open with a large bronze lion erected in Braunschweig—monumental by any definition—that inaugurated a northern tradition of civic, secular statues in the 1160s. The so-called Braunschweiger Löwe was a unicum, commissioned by Duke Henry the Lion of Saxony and Bavaria (c. 1131–1195), a ruler who developed innovative strategies of administration and conquest, in order to take center stage in his courtly complex. In a region that had little centralized state power, Henry counted on art to do what written documents and imperial or episcopal authority could not. Immediately circulated on coins and in poems, the sculpted lion modeled a new kind of political art predicated on the notional and phenomenological domination of space. 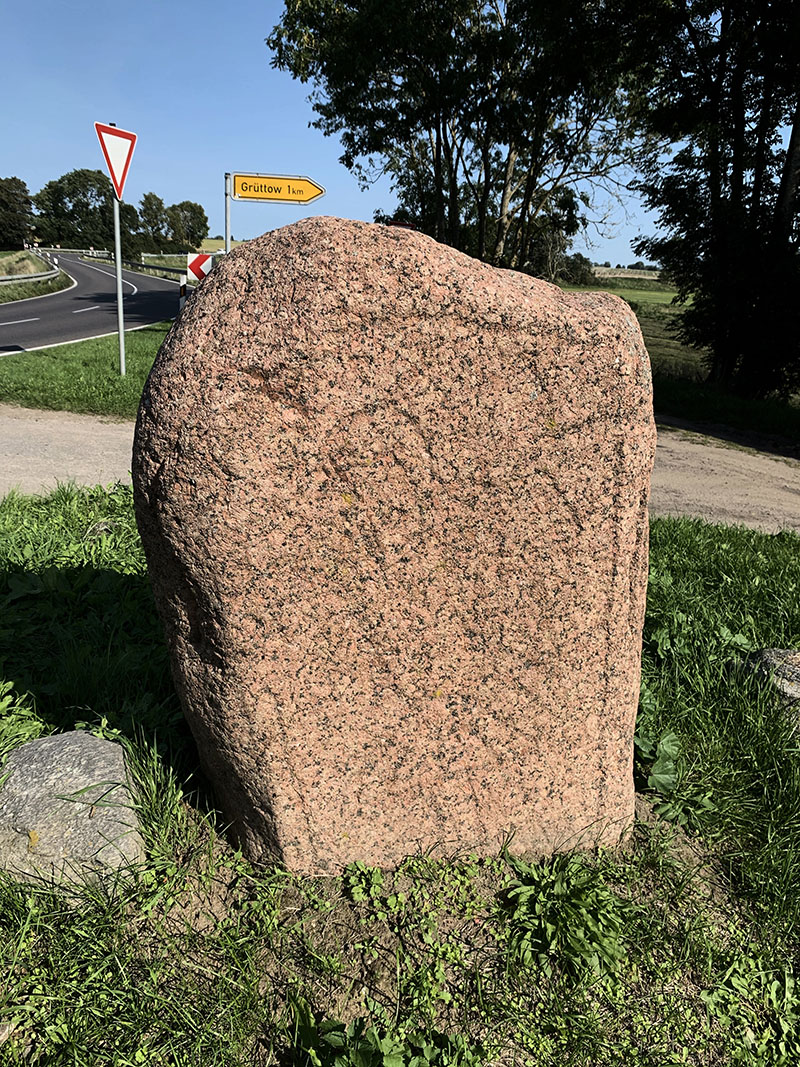 Turning to a corpus of elaborate stone baptismal fonts carved by a single workshop in southern Scandinavia, I argue that its iconography responded in precisely calibrated ways to disputes occasioned by the adjustment to Christian norms. Issues of tithing, inheritance law, and lapsed conversion are brought to the fore in virtuosic, idiosyncratic passages rendered in relief on monuments that at once announced and enacted conversion. Where the Braunschweiger Löwe visualized the surrounding terrain’s subjection to a precocious secular ruler, the Scandinavian fonts deployed complex pictorial rhetoric to justify the personal and communal obligations that came with baptism into the faith.

Liturgical objects like portable altars played a significant role in enabling conversion and missionary activity throughout the Baltic. Theorizing the portable altar as a dense constellation of aesthetic strategies, I place its capacity to stage iterative sacred places alongside sculpted objects that made spatial demarcation their raison d’être. Boundary stones, roughly hewn rocks inscribed with testaments to the Christian faith, and spoliated pre-Christian reliefs were all used to reconfigure the terrain of Pomerania and Schleswig-Holstein during the 12th century. But the very nature of finding and marking a place was an exercise in ontological frustration; slowly accreting assemblages of rocks and assorted marks in the landscape dramatized anxieties about signs and signification more generally. As such, the sculptural capacity to stake out, or even to produce, places was a subject of intense interest for 12th-century artists and poets. Objects like compass needles, magic rings, and boundary stones came to serve as indicating instruments, pointing out locations to their beholders. They figured a different set of aesthetic criteria than fonts or monumental bronzes; sculpture’s uncanny ability to generate locative meaning beyond itself was marshaled for political gain. 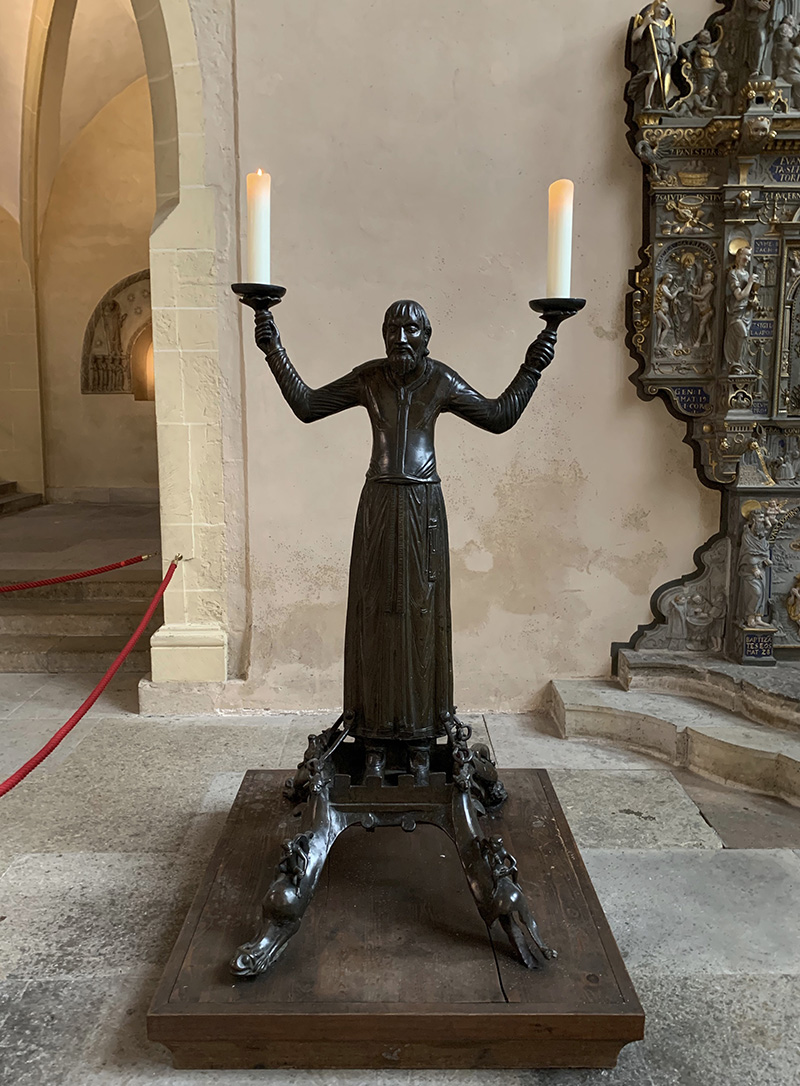 Administering a large and restive region in the northern reaches of the Holy Roman Empire, Henry increasingly relied on the labor of the ministeriales, a legally unfree class distinctive to German social life. Although they were technically prohibited from alienating property, ministeriales in Henry’s service found ways to make impressive donations to ecclesiastical institutions. Tracking connections among labor, value, and property, from the case of the ministeriales to the north European wax trade, I argue that the complex circumstances of sculptural production had profound consequences for 12th-century representations of the human subject. If poets pictured people’s relations with metaphors of credit and debt, waxen works of figuration embodied precise amounts of commodified labor. My dissertation’s final chapter focuses on another unicum, a monumental anthropomorphic candelabrum in Erfurt that envisioned how unfree subjects and sculptures alike supported the social order’s weight. It demonstrates how the aesthetic experiments in figural sculpture described in my dissertation resolved in the crafting of (what I call) coercive form.

After completing his dissertation, Luke A. Fidler will join the University of California at Santa Cruz to oversee the Mellon Foundation–funded Visualizing Abolition project.