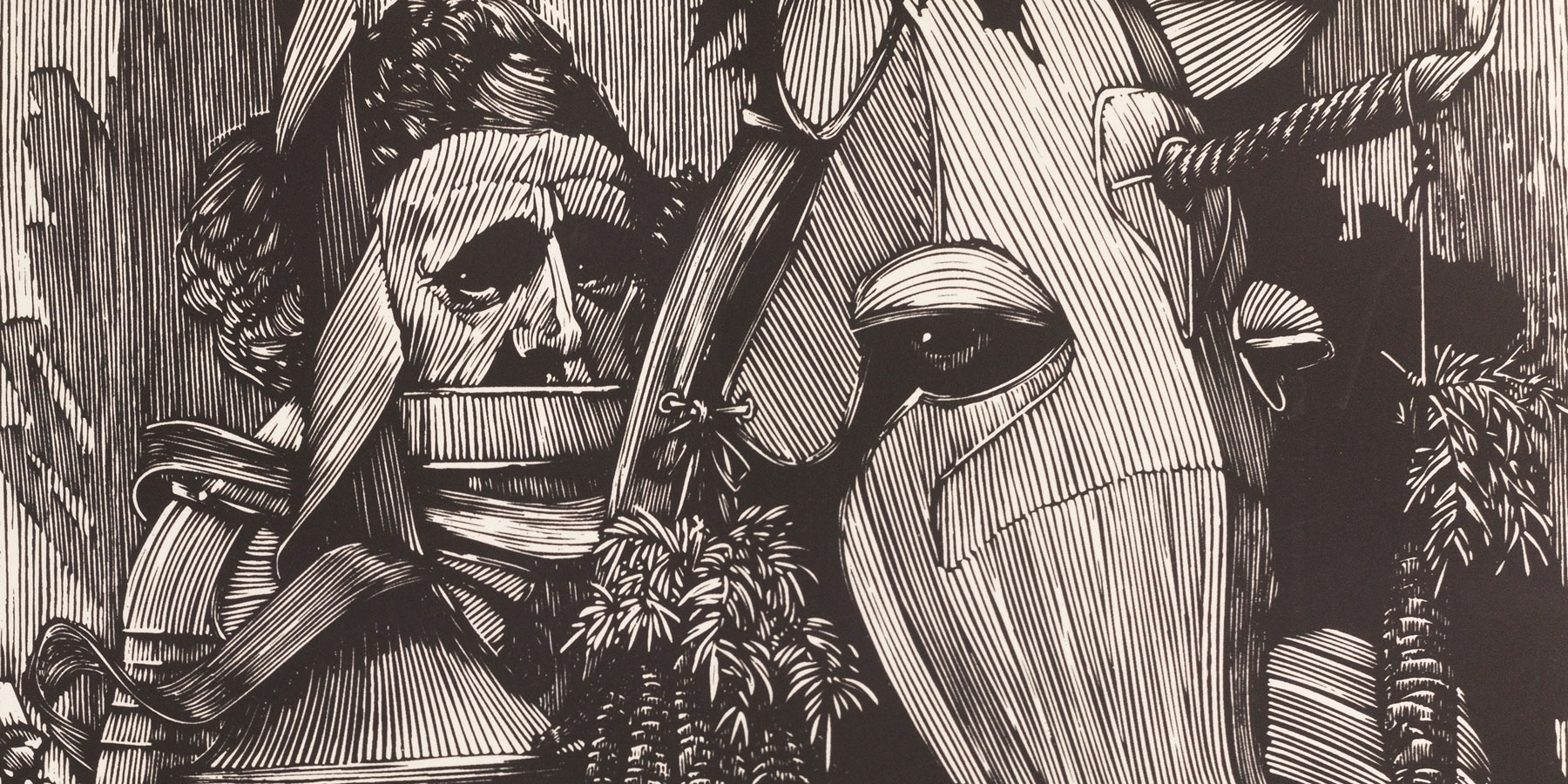 From Rags to the Bible: Barry Moser and the Pennyroyal Press Overview: Considered one of the most outstanding private presses of the second half of the 20th century, Barry Moser’s Pennyroyal Press published what is believed to be the only 20th-century edition of the Bible to be fully illustrated, both Old and New Testaments, by a single artist. In conjunction with its publication, the National Gallery of Art Library held a retrospective exhibition highlighting more than 30 years of engravings and book illustrations by Moser as represented in the library’s fine press and artists’ books collection. Many of the works on view were generously donated by Mrs. Patricia G. England.