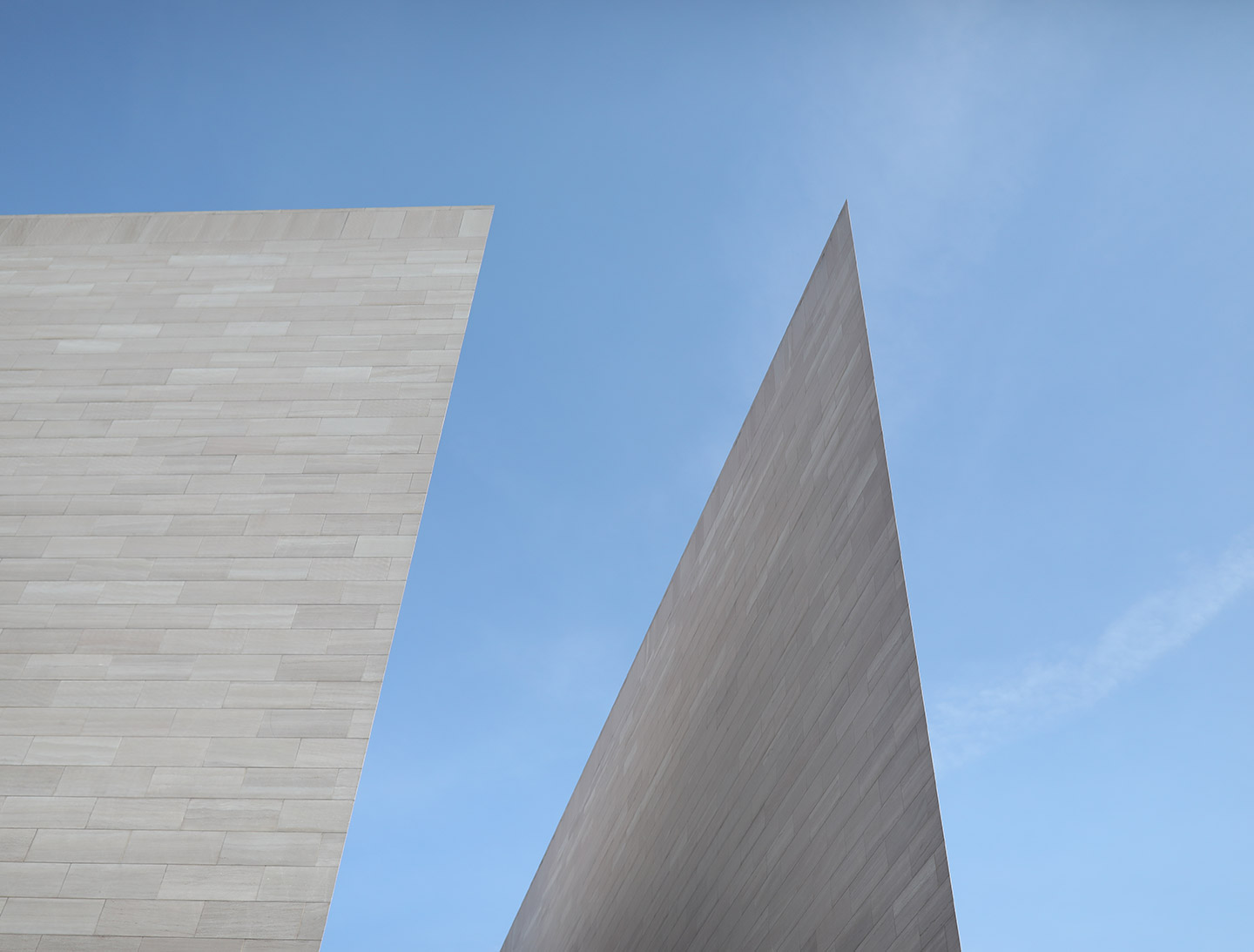 At the dedication of the National Gallery of Art in 1941, Paul Mellon spoke of his father’s hope that the museum he had founded “would become not a static but a living institution, growing in usefulness and importance to artists, scholars, and the general public.” Founder Andrew W. Mellon envisioned “a joint enterprise on the part of the Government, on the one hand, and of magnanimous citizens, on the other.” This public-private partnership, now nearly eight decades later, makes it possible for the Gallery to serve millions of visitors each year. I am deeply grateful for the steadfast support of the president and the Congress of the United States.

Carrying on the work of this living institution and ensuring its usefulness are of paramount importance to my fellow trustees and me, the staff, and the Gallery’s new director Kaywin Feldman. In March of this fiscal year, Kaywin assumed her role as the fifth director of the National Gallery of Art. She came to the Gallery from the Minneapolis Institute of Art, where she expanded the museum’s collection and transformed the institution’s relationship to its city by fostering community dialogue. She is a dynamic leader, collaborator, and innovator. She brings to the Gallery more than two decades of experience as a museum director. We are thrilled to welcome Kaywin to Washington.

At the end of fiscal year 2019, Frederick W. Beinecke became trustee emeritus after serving on the board for 12 years, five of them as Gallery president. A tireless champion of the Gallery, Rick shaped the institution through his dedication to scholarship and his steady guidance. The Gallery and its board are grateful for Rick’s distinguished leadership during several key moments in the museum’s history, and we thank him and his wife Candace for their friendship and participation in the life of the Gallery. Andrew M. Saul became trustee emeritus in June after six years as a trustee, stepping down from the board to serve the nation as Commissioner of Social Security. Andrew is a steadfast advocate for the Gallery who faithfully served the public and offered astute counsel throughout his tenure. We are deeply thankful to Andrew and his wife Denise for their leadership and support of the Gallery. We are pleased that Denise will continue her involvement as a member of the Trustees’ Council, the national advisory group to the Gallery’s board, and as chair of our Collectors Committee, which contributes support for the acquisition of modern and contemporary art.

In September 2019, the trustees elected Darren Walker, president of the Ford Foundation, to the Gallery’s board. I am thrilled that Darren will bring his matchless brand of ebullient and thoughtful optimism to the Gallery and the many challenges and opportunities ahead. He will broaden the Gallery’s national impact, and I look forward to working with him in planning for the museum’s future.

During this moment of transition, my fellow trustees and I are grateful that both Benjamin R. Jacobs and Jo Carole Lauder have agreed to serve an additional year as cochairs of the Trustees’ Council. We welcomed back nine members to the Trustees’ Council this fiscal year: Louise Bryson, Vincent J. Buonanno, Louisa Duemling, Rose Ellen Greene, Mark J. Kington, Robert B. Menschel, Tony Podesta, B. Francis Saul II, and Andrea Woodner. We also were delighted to have Joseph P. Gromacki, Thomas L. Lloyd, Courtney Clark Pastrick, and Denise Saul join this advisory body. We deeply appreciate the participation of every member of the Trustees’ Council during Kaywin’s first year as director.

Victoria P. Sant, a beloved friend and longtime president of the Gallery, passed away in December 2018. Rick Beinecke eulogized Vicki in the foreword to last year’s annual report. I add my highest praise for the life of an extraordinary philanthropist and Gallery leader. Vicki Sant is missed, but her legacy lives on at the Gallery and through the many causes that she supported.

We also grieved the passing of Joan Saltzman. During their lifetimes, she and her late husband Arnold made transformational gifts of German expressionist works that greatly enhanced the Gallery’s collection. We mourned the death of Marion Scharffenberger, who along with her family, donated a painting by Gustave Caillebotte, Dahlias, Garden at Petit Gennevilliers—one of only two Caillebotte works in the Gallery’s collection. We grieved the loss of Elaine Silverstein as well. She and her late husband Leonard were longtime Circle and Exhibition Circle members and provided major gifts for art acquisitions, special exhibitions, and a significant endowment for conservation. This year also marked the passing of Barbara Kay. She and her late husband Jack were Exhibition Circle members and provided support for the acquisition of watercolors of the American West by Thomas Moran. We remember these cherished friends whose remarkable gifts will continue to enrich the Gallery for years to come.

In 2016, in honor of the Gallery’s 75th anniversary, The Andrew W. Mellon Foundation awarded a $30 million endowment challenge grant to the Gallery to strengthen digital programs and collaborations, education and outreach, conservation and conservation science, and the Center for Advanced Study in the Visual Arts. With the help of scores of generous donors, the Gallery matched this grant ahead of schedule with $45 million in new endowment funds. In fiscal year 2019, donors continued to make gifts and pledges to meet the Mellon challenge. The trustees join me in thanking all of the Mellon match donors, including those who gave leadership gifts this fiscal year: the A. James & Alice B. Clark Foundation, the Frederic C. Hamilton Foundation, Jacqueline B. Mars, the Robert H. Smith Family Foundation, and an anonymous donor. We are immensely grateful to the Mellon Foundation for providing the catalyst for so many extraordinary gifts with its historic and visionary challenge grant.

The Lee and Juliet Folger Fund supported the acquisition of 17th-century Dutch paintings of superb quality this year in another spectacular demonstration of generosity and civic virtue. Their commitment to building and enhancing our nation’s art collection brought two masterful works to the Gallery in fiscal year 2019: The Departure for the Hunt, a lively scene and fine example of Philips Wouwerman’s mature period given in honor of Earl A. Powell III, and Still Life with Stoneware Jug and Pipe, the first work by Jan Jansz van de Velde III to enter the Gallery’s collection. The trustees and staff join me in extending deepest thanks to Julie and Lee Folger for their sustained commitment to strengthening the Gallery’s holdings of northern baroque painting.

This fiscal year, the Alice L. Walton Foundation completed its exceptional gift to establish the John Wilmerding Fund for Education in American Art. This endowment supports the annual John Wilmerding Symposium on American Art and Community Celebration, as well as rewarding professional opportunities, innovative new offerings, and evaluation work. We are extremely grateful to Alice Walton for her generosity and dedication to making possible outstanding initiatives that engage new audiences and strengthen the public’s understanding of American art.

In 2019, scholarship, conservation and research, exhibitions, and digital initiatives all benefited from the abiding support of the Robert H. Smith Family Foundation. The trustees and staff join me in thanking the Smith family for supporting so many key areas of the museum’s mission.

Thanks to the support of foundations, corporations, and individuals, we were able to present a diverse array of special exhibitions at the Gallery this year. Members of the Exhibition Circle direct their generous annual contributions to fund special exhibitions at the Gallery. The Tower Project membership has a similar mandate, but with a focus on presentations of modern and contemporary art in the East Building.

With the opening of Gordon Parks: The New Tide, Early Work 1940–1950 and Verrocchio: Sculptor and Painter of Renaissance Florence in fiscal year 2019, Bank of America marked its sixth and seventh exhibition sponsorships at the National Gallery of Art. The trustees join me in expressing deep appreciation for Bank of America’s sustained partnership. We also extend enthusiastic thanks to Betsy Karel and the Trellis Fund for their commitment to the presentation of magnificent photography exhibitions, including Gordon Parks and The Eye of the Sun: Nineteenth-Century Photographs from the National Gallery of Art.

Our thanks extend as well to the wonderful friends who helped sustain the special exhibitions program this year. With gratitude, we recognize the Robert and Mercedes Eichholz Foundation for supporting Oliver Lee Jackson: Recent Paintings and The Life of Animals in Japanese Art. The E. Rhodes and Leona B. Carpenter Foundation also generously stepped forward to fund The Life of Animals in Japanese Art. We also are grateful to Morgan Stanley for embarking on its first exhibition sponsorship with Oliver Lee Jackson.

The board joins me in offering sincere thanks to all the sponsors and to the Buffy and William Cafritz Family Fund for kindly providing funding for Verrocchio: Sculptor and Painter of Renaissance Florence. Funds from the HRH Foundation generously supported exhibition films that accompanied Tintoretto: Artist of Renaissance Venice and Verrocchio. The Terra Foundation for American Art and the Henry Luce Foundation graciously and generously funded The American Pre-Raphaelites: Radical Realists exhibition and catalog, along with the Mr. and Mrs. Raymond J. Horowitz Foundation for the Arts. We thank them all.

The Exhibition Circle, Tower Project, Collectors Committee, Circle, and National Membership constitute the Gallery’s slate of annual giving programs, and we are grateful to all participants. The Collectors Committee continues to focus its energies on acquiring works of art that enhance the Gallery’s modern and contemporary holdings. The staff and trustees extend warm thanks to the committee members for their unwavering support and their dedication to growing this important facet of our nation’s art collection. With their annual contributions, members of the Circle—more than 1,100 strong—provide a vital source of unrestricted funds. After its first year, the new National Membership is thriving with 750 members, including representatives from nearly every state in the union. The Board of Trustees and I are immensely grateful for the generosity of all annual giving donors for supporting crucial activities and programs across the National Gallery of Art this year.

In 2019, we welcomed new members to the Legacy Circle, the Gallery’s planned giving recognition society. Everyone at the Gallery joins me in expressing deep gratitude to these civic-minded individuals for their forethought and generosity.

Since its founding, the National Gallery of Art has proven to be “a living institution,” and the core responsibilities have not changed. It is the great privilege of the trustees and staff to serve as stewards of our nation’s art museum, ensuring that its unparalleled collection is accessible to to the world. The Gallery is successful thanks to the support of the federal government and private citizens. We are grateful for this partnership, which guarantees the Gallery’s ability to offer delightful, and often profound, engagement with great works of art.