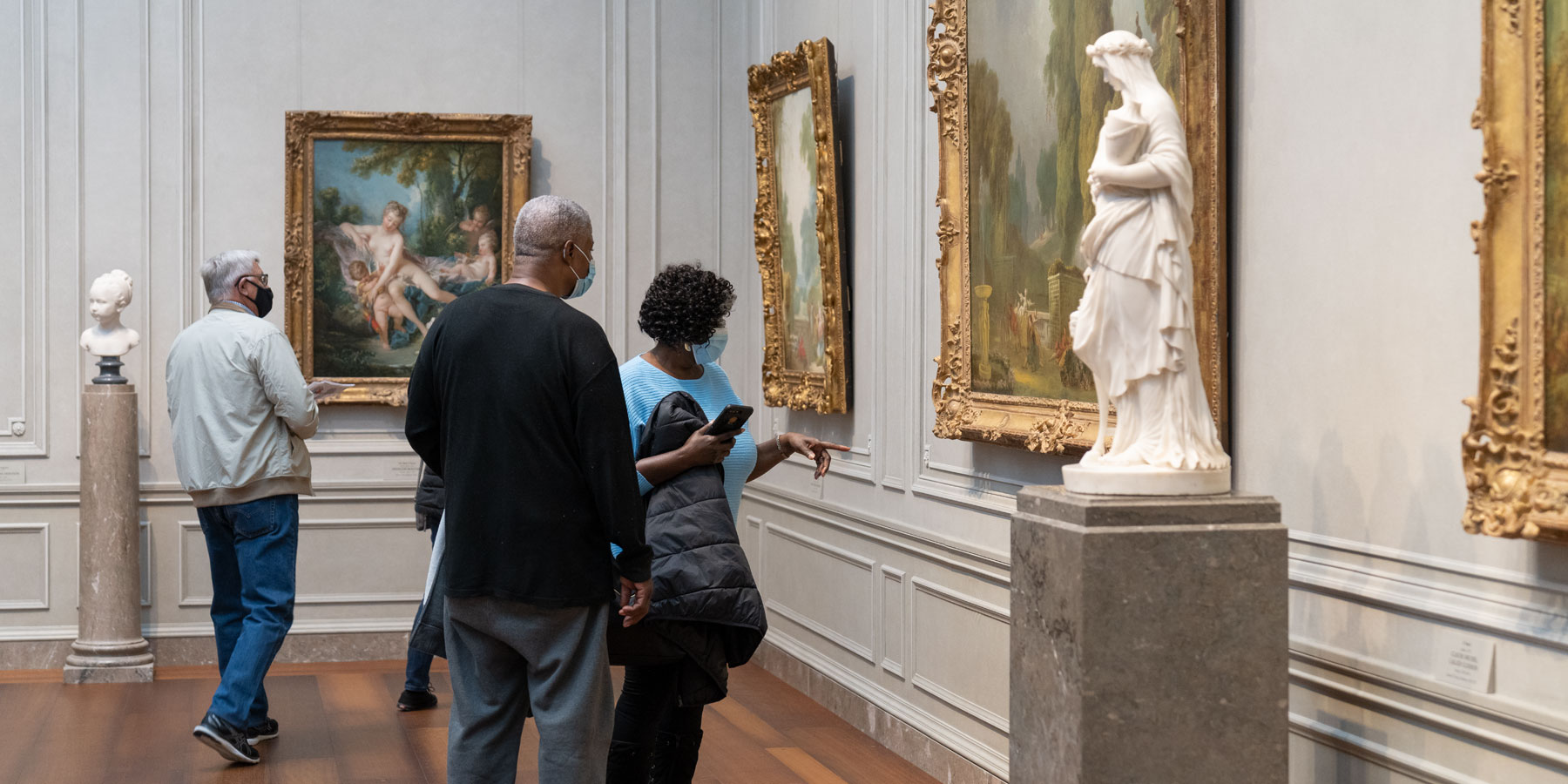 Our nation faced historic challenges this year with the emergence of a pandemic that wrought a tragic loss of life, societal upheaval, and economic devastation. Many of the country’s beloved cultural institutions and art museums endured extensive temporary closures that in some cases became permanent.

Amid the heartbreak, the National Gallery of Art strove to match its mission to the moment. Its foundation as an inviolable partnership between the federal government of the United States of America and private citizens enabled the continued service to the nation and diligent stewardship of the country’s fine arts collection. Its values—generosity, excellence, integrity, agility, and inclusiveness—guided all programming and decision-making.

In March 2020 the spread of COVID-19 triggered a national emergency. To safeguard the health of staff and visitors, the National Gallery closed its buildings on March 13 and pivoted to robust digital operations. The staff developed expanded content across the National Gallery’s website and social media platforms and offered virtual symposia, lectures, and exhibition tours; resources for parents and schools; and concerts and film programs. Followers, impressions, page views, and engagement grew exponentially on all platforms, and most dramatically for children’s resources and collection highlights on the website.

Once rigorous health and safety protocols were in place, the Sculpture Garden reopened in June, followed by the West Building galleries in July. Major exhibitions that had been shuttered at the start of the pandemic, including Degas at the Opéra and True to Nature: Open-Air Painting in Europe, 1780–1870, reopened to grateful visitors.

Over the course of the year we bid farewell to senior leaders who shaped the National Gallery for decades including Darrell Willson, who had served as administrator since 1994, and Elizabeth Cropper, dean of the Center for Advanced Study in the Visual Arts since 2000. With characteristic dedication, they both postponed their planned retirements to ensure continuity of leadership at the start of the pandemic.

As the nation’s art museum, the National Gallery has a responsibility and an opportunity to fully represent the diversity of the United States. The National Gallery will continue to diversify its staff, volunteers, collection, exhibitions, publications, and programs. This work was strengthened in fiscal year 2020 with the appointment of Mikka Gee Conway as the museum’s first chief diversity, inclusion, and belonging officer.

As we move forward, the National Gallery has a unique moment to be thoughtful and intentional about how to use its collections, exhibitions, research, and public programs to deepen its relationship with and impact on audiences. If history is a guide, after the pandemic the National Gallery can look forward to serving a strengthened nation, filled with great optimism. In 1941, the National Gallery of Art was “dedicated forever to the use and enjoyment of the people of the United States.” Eighty years later, the trustees and staff are excited to be a part of the nation’s invigorated future. I am tremendously grateful for the steadfast support of the federal government, the generosity of National Gallery trustees, donors, and members, and the commitment of its staff, who make this possible.

Next Chapter: Board of Trustees, Committees, and Trustees’ Council