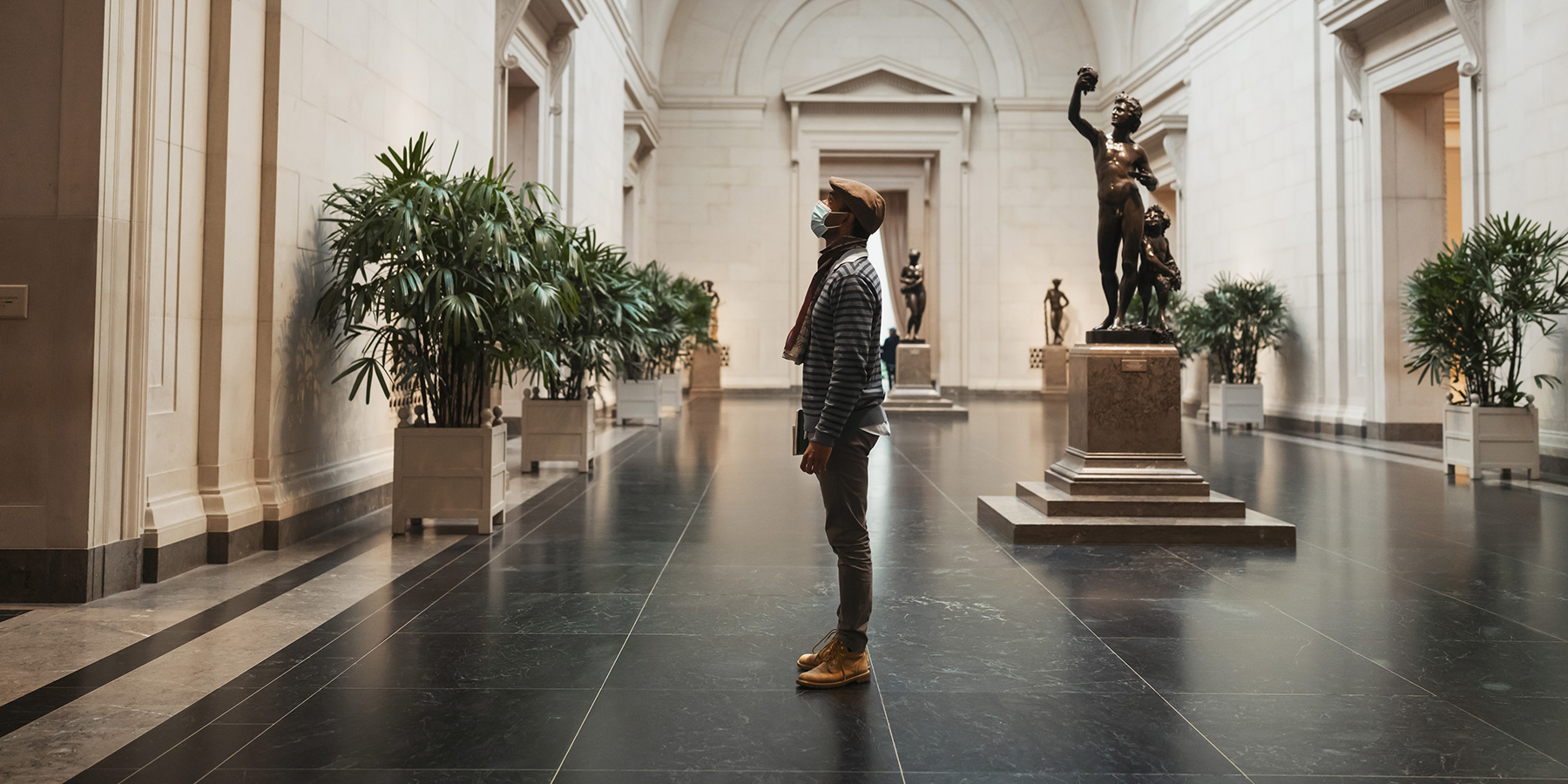 The National Gallery of Art’s financial position improved significantly in fiscal year 2021 due to the favorable performance of the investment portfolio, combined with prudent management of expenses, strong support from Congress and the administration, and the continued generosity of private citizens, foundations, and corporations.

The federal commitment to operate and maintain the National Gallery originates in the 1937 Joint Resolution of Congress that accepted Andrew W. Mellon’s unprecedented gift to the nation of his art collection, the funds to construct the West Building, and an endowment. The Joint Resolution pledged that the United States would provide funds for the upkeep, administrative expenses, and costs of operations, including the protection and care of the works of art given to the nation, so that the National Gallery would at all times be properly maintained and remain open to the public free of charge.

The National Gallery receives annual federal appropriations to support core programs and renovations of its buildings as part of the budget approved annually by Congress and signed by the president. Income from endowments as well as gifts and grants designated by donors for other specific purposes supplement the federal appropriations. Endowment support for expenditures is computed under the National Gallery’s spending policy and used in accordance with donor-imposed restrictions. The National Gallery is a nonprofit organization exempt from federal income taxes under the provisions of Section 501(c)(3) of the Internal Revenue Code.

The National Gallery’s net assets totaled $1.7 billion on September 30, 2021, increasing by $288.2 million or 20.1 percent during the fiscal year. This result is mainly due to the performance of the investment portfolio, which ended the year at $1.32 billion, up $270.5 million net of new gifts, manager fees, and spending to support operations and art purchases. The portfolio returned 25.9 percent for the fiscal year, exceeding the National Gallery’s custom investable benchmark by 410 basis points. Performance was positive across all asset classes, with US and emerging-markets equities contributing the most powerfully to performance. The value of other investments and trusts held by others totaled $36.6 million, increasing $4.5 million over the prior year. Cash balances were modestly lower than the prior year.

Property, plant, and equipment assets increased $26.5 million over the prior year, representing $43.2 million of capital expenditures partly offset by $16.7 million of depreciation expense. The majority of fiscal 2021 capital expenditures advanced progress on the renovation of the East Building atrium skylight and adjacent spaces. This project is included in the National Gallery’s comprehensive Master Facilities Plan, a federally funded, long-term capital renewal program designed to address life safety, security, and infrastructure improvements necessary to maintain and protect the National Gallery’s buildings. In addition to replacing the original atrium skylight, the project includes major building HVAC, electrical, and safety systems renovations; new fire egress stairs serving Tower 3; and replacement of the main entrance window wall. Work also continued on the installation of new gas-fired hot water boilers for all National Gallery heating and cooling. The new boilers will replace steam provided by a third-party utility service, increasing reliability and energy efficiency while reducing cost. The renovation of the East Building atrium skylight and adjacent spaces will be completed in fiscal year 2022, and the new boilers serving the East Building will be operational at that time. Planning and design continued for the West Building exterior stonework project, which is expected to begin in fiscal year 2022 in conjunction with the roof replacement.

Design work neared completion for the joint art storage project with the Smithsonian Institution at its museum support center in Suitland, Maryland, and a construction contract is expected to be awarded next fiscal year. Other capital expenditures include major modernization of elevators and design of fire, life safety, and network infrastructure associated with the security command center. In addition, a major renovation of the West Building Garden Café and related infrastructure was completed.

Pledges receivable decreased $14.8 million from the prior year. Pledge receipts from generous donors secured the successful completion of the Andrew W. Mellon 75th anniversary challenge grant in March 2021. The challenge grant resulted in over $80 million in new endowments providing permanent support for education, research, conservation, digital media, exhibitions, and art acquisitions. Liabilities, including unexpended federal multiyear appropriations and environmental liabilities, totaled $126.9 million, a reduction of $3.6 million below the prior year.

In spite of the myriad pandemic-induced financial impacts, the National Gallery ended the fiscal year with an unrestricted operating surplus of $0.6 million before depreciation and amortization. Operating support and revenue totaled $168.5 million in fiscal year 2021, nearly level with fiscal year 2020. Federal support recognized for operations increased to $139.8 million compared to $136.6 million in the prior year. Operating gifts and grants from individuals, corporations, and foundations dropped to $4.5 million compared to $5.4 million in the prior year as a result of delayed special exhibitions and other postponed on-site programs. Sustained support from dedicated donors during the pandemic continued to play a critical role in making the National Gallery’s outstanding exhibition, education, curatorial, and conservation programs possible. Funds appropriated for operations under the National Gallery’s investment spending policy totaled $22.3 million, nearly flat compared to $21.9 million in fiscal year 2020. Royalties and other income also remained nearly level at $0.7 million compared to $0.6 million in the prior year.