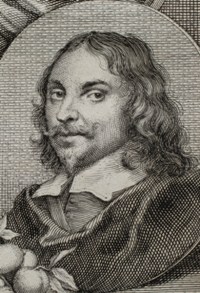 Jan Davidsz de Heem was born in Utrecht to a Catholic family. In 1626 he moved to Leiden, where he married his first wife, Aletta van Weede, a native of Utrecht. Nearly a decade later, in 1635, De Heem moved to Antwerp and entered its Saint Luke’s Guild. A year after the death of Aletta in 1643, the painter married Anna Ruckers, a native of Antwerp. Although he would spend many years in his wife’s hometown, De Heem also spent periods of time in the north, including an extended stay in Utrecht in 1649. He also resided in Utrecht between 1667 and 1672, and he rejoined that city’s painter’s guild in 1669. Following the French invasion of Utrecht in 1672, De Heem returned to Antwerp, where he lived until his death in 1684.

The few works known from De Heem’s first Utrecht period resemble those of the still-life painter , who may have been his teacher. While active in Leiden, De Heem painted tonal still lifes with vanitas subjects—books, writing and smoking implements, musical instruments, skulls, and hourglasses—that relate to works by contemporary Leiden artists David Bailly (1584–1657) and Harmen Steenwijck (1612–after 1656). Following De Heem’s move to Antwerp, the work of Flemish still-life painter Daniel Seghers (1590–1661) provided an important model. De Heem’s compositions became more elaborate, and he depicted bouquets and garlands of flowers, baskets of fruit, and various motifs such as glasses, insects, and drapery with great illusionistic veracity. Occasionally he incorporated background views to a distant landscape or seascape.

During his long and productive career De Heem was especially admired for the realistic way he painted gold and silver. His paintings vary from small cabinet pieces to large banquet paintings containing luxurious decorative art objects. He is known to have collaborated with other painters, including , whom he knew in Leiden and Antwerp. Among his many students and followers were , Cerstiaen Luyckx (1623–after 1674), and Joris van Son (1623–1667).