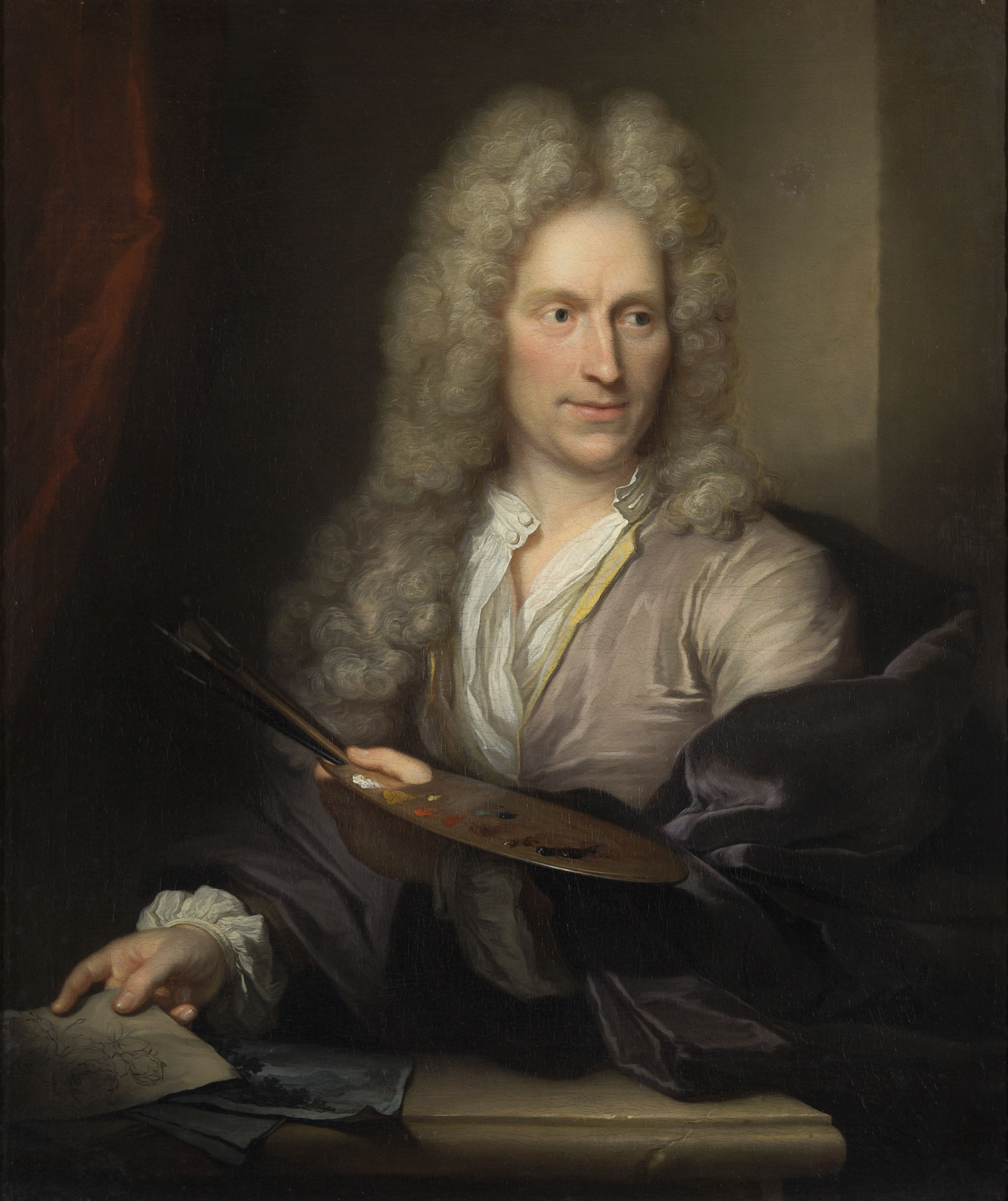 Jan van Huysum was born in Amsterdam on April 15, 1682. His father, Justus van Huysum the Elder (1659–1716), was also an artist, as were Jan’s three brothers, Justus the Younger (1685–1707), Jacob (1688–1740), and Michiel (1703–1777). Justus the Elder was a prolific painter of large flower pieces—often as part of complete decorative schemes that he designed for patrons’ houses—and also seems to have been active as an art dealer, so the early training that Jan received from his father was in the context of a flourishing art business.

Jan married Elisabeth Takens (d. by 1651) in 1704, at which time he was living on the Utrechtsestraat in Amsterdam. Two years later the couple moved to a home on the Leidsegracht that Elisabeth had inherited from relatives. The couple had twelve children, only three of whom survived their parents.

Van Huysum rapidly established a reputation as the leading still-life painter of his time. Auction records indicate that his paintings sold for as much as 1,450 guilders during his lifetime, and his noble patrons included Prince William of Hesse, the duc d’Orleans, the kings of Poland and Prussia, the elector of Saxony, and Sir Robert Walpole, later Earl of Orford. Van Huysum was, highly praised by contemporary authors; Houbraken described him as “the phoenix of flower-painters.” At the time of his death he was a very wealthy man.

Van Huysum is reputed to have been fiercely secretive about his techniques, forbidding anyone, including his own brothers, to enter his studio for fear that they would learn how he purified and applied his colors. He had few pupils, one of whom, Margareta Haverman (1690/1700–after 1723), he apparently took on only in response to great pressure from his uncle. It is widely reported that Haverman’s work soon inspired such jealousy in her teacher that she had to leave his studio.

Unlike most Dutch still-life painters, Van Huysum produced a large number of drawings, mostly compositional studies for entire flower paintings but also some detailed depictions of individual blooms. His keenness for studying flowers from life led him to spend a portion of each summer in Haarlem, then as now a horticultural center. He probably also executed at least some elements of his easel paintings from life, rather than from drawings. This method of working may explain why some of his paintings bear two different dates.

Van Huysum’s reluctance to teach anyone else his techniques did not prevent the perpetuation of his popular style of painting by numerous followers and imitators, both during and after his lifetime. Some of the most notable were Jan van Os (1744–1808), his son Georgius Jacobus Johannes van Os (1782–1861), the brothers Gerard (1746–1822) and , and Wybrand Hendriks (1744–1831). In addition to still lifes, Van Huysum painted a number of Italianate landscapes.