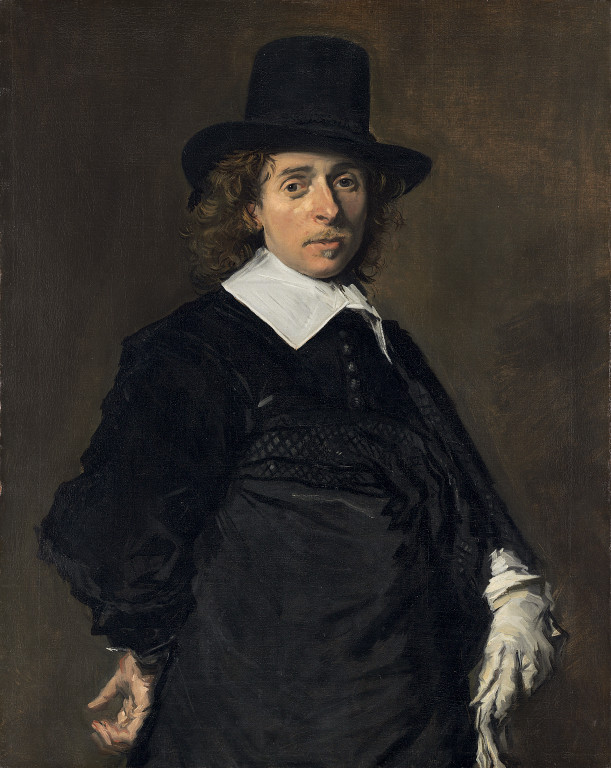 Baptized on December 10, 1610, in Haarlem, Adriaen van Ostade was the third of the eight children of Jan Hendricx van Eyndhoven and Janneke Hendriksdr. Although no documents survive relating to Van Ostade’s training, Arnold Houbraken states that he studied with . He also says that Adriaen Brouwer (1606–1638), the Flemish painter of low-life and tavern scenes who lived in Haarlem until 1631, was a pupil of Hals at about the same time. Whether or not the two artists studied together, Brouwer’s influence is readily apparent in Van Ostade’s early works.

By June 8, 1632, Van Ostade was working successfully as an artist. Due to incomplete guild records, the date that he entered the Haarlem Saint Luke’s Guild is unknown, but he was certainly a member by 1634, when one of his paintings was included in a lottery of guild members’ works that Dirck Hals (1591–1656) organized in April of that year. Two years later Van Ostade is recorded as a member of the Oude Schuts civic guard company. Later in his career, he played an active part in the administration of the Saint Luke’s Guild, holding office as hoofdman in 1647 and 1661 and as deken in 1662. It must have been at about the time he was elected hoofdman in 1647 that Frans Hals painted his portrait ().

On July 26, 1638, Van Ostade married Macheltje Pietersdr. They drew up a will on March 8, 1642, six weeks before she died. Fifteen years later, on May 26, 1657, Van Ostade married Anna Ingels, a wealthy Catholic woman from Amsterdam. He appears to have converted to Catholicism at this time. His second marriage prompted a change in residence. After living for some years in the house on the Cromme Elleboochsteech that he had purchased in September 1650, he settled first in the Koningstraat and then, by August 1663, moved to the Veerstraat. The couple had one child, a daughter named Johanna Maria. In 1655 Van Ostade became guardian of his sister Maeyeken’s five children, and from 1668 he was also responsible for the children of his brother Jan. After the death of Anna late in 1666, Van Ostade inherited considerable sums both from her and from her father. His prolific output must also have provided a substantial income, for by 1670 he was living in relative comfort on the Ridderstraat. In 1672, at the time of the French invasion of the Netherlands, he temporarily fled Haarlem and moved to Amsterdam.

On April 21, 1685, Van Ostade was a signatory to his daughter’s marriage settlement. He died six days later and was buried in Saint Bavo’s on May 2. According to an announcement placed by his daughter in the Haarlem Courant on June 19, the contents of the artist’s studio were to be sold at auction on July 3 and 4; a second sale is known to have taken place on April 27, 1686.

Van Ostade’s productivity was remarkable. His known works include more than eight hundred paintings, about fifty etchings, and numerous drawings, some of which are worked up with watercolor. The vast majority of this oeuvre consists of genre scenes, but he also produced a small number of portraits and history paintings.

It is likely that Van Ostade’s younger brother was an early pupil, and other artists who may have studied with him include , , Michiel van Musscher (1645–1705), and .