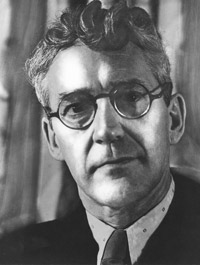 John Sloan was born in Lock Haven, Pennsylvania, on August 2, 1871, the son of an amateur artist and occasional businessman. In 1876 he moved with his family to Philadelphia and in 1884 enrolled in Central High School, where and were among his classmates. In 1888 he began working for a bookseller and print dealer, and the following year he taught himself how to etch with the aid of Philip Gilbert Hamilton's The Etcher's Handbook. In 1891 Sloan attended drawing classes at the Spring Garden Institute and began to work as a freelance commercial artist. He joined the art department of the Philadelphia Inquirer in 1892, and studied drawing at the Pennsylvania Academy of Fine Arts under Thomas Pollock Anshutz. In 1893 he became one of the founders of the Charcoal Club, a group of young artists who broke away from the academy. From 1895 to 1903 he worked for the Philadelphia Press. Inspired by , Sloan started to paint in the late 1890s, beginning with portraits and Philadelphia city scenes. He exhibited for the first time at the Pennsylvania Academy in 1900.

Sloan married Anna Maria Wall, known as Dolly, in 1901, and in 1904 they moved to New York City. He painted realistic scenes of Greenwich Village and the Tenderloin district and continued to work as a freelance illustrator. In 1908 he participated in the historic exhibition of The Eight at Macbeth Gallery. Sloan came to be regarded as a central figure in the Ashcan school and was noted for his painterly style and dark palette. In 1910 he helped organize the Exhibition of Independent Artists and also joined the Socialist Party. From 1912 to 1916 he was art director for the radical publication The Masses, and he remained committed to left-wing causes throughout his life. Sloan participated in the Armory Show in 1913, exhibiting two oils and five etchings. The postimpressionist and fauve works that he saw at the exhibition influenced his style and choice of subject matter, and while summering in Gloucester, Massachusetts, during the middle teens he painted colorful landscapes using a bright fauvist palette. Sloan professed admiration for Picasso and, while being careful to avoid imitating the new European styles, remained open to them.

Sloan began teaching at the Art Students League in 1914 and became a respected teacher; among his students were , , , and . In 1918 he became president of the Society of Independent Artists. Beginning in 1919 he spent summers in Santa Fe, New Mexico, where he encountered Native American art and the Mexican muralists and . During the late 1920s he began painting nudes and portraits. In 1939 he published a book of his teachings titled Gist of Art. In 1944, after the death of his first wife, Sloan married his student Helen Farr. He died of cancer in Hanover, New Hampshire, on September 7, 1951.

1997
Perlman, Bennard B., ed. Revolutionaries of Realism - The Letters of John Sloan and Robert Henri. Princeton, 1997.