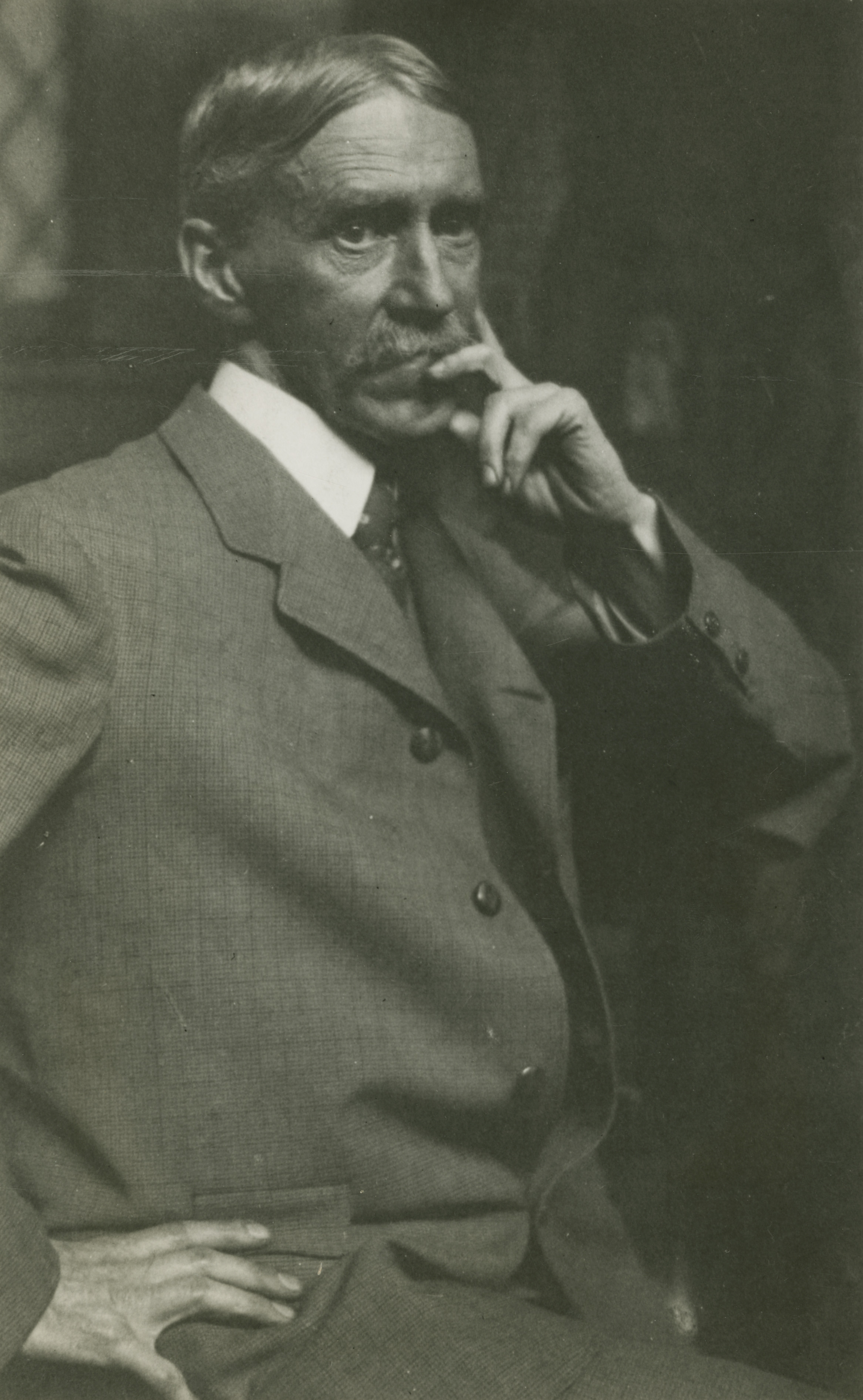 Maurice Prendergast was one of the first American painters to adopt a post-impressionist style. His distinctive paintings utilize a pattern of flat, short brushstrokes and bold outlines to create brightly colored scenes of outdoor leisure. Prendergast was born in St. John's, Newfoundland, in 1858. In 1868 the family moved to Boston, the hometown of Prendergast’s mother, where the artist attended school through the eighth grade. Prendergast first worked in a dry goods store and then began earning a living creating show cards—hand-lettered advertisements for store windows. Throughout his life Prendergast maintained a close relationship with his brother Charles, who was also a noted artist and craftsman. In the mid-1880s he traveled to England with Charles, and in 1891 they went to Paris and studied with Gustave Courtois at the Atelier Colorossi and later at the Académie Julian. They spent summers painting in resort towns along the northwest coast of France with the Canadian artist James Wilson Morrice, who introduced the brothers to the work of British avant-garde painters and . Back in Paris Prendergast began to create the colorful, festive post-impressionist works for which he is known. These paintings reflect the influence of , , and .

Prendergast returned to Boston in 1894. His watercolors, monotypes, and oil paintings from this time represent people pursuing leisure activities on beaches and city streets. Some of these were included in an 1894 group show at the Boston Arts Club, his first known appearance in an exhibition. Sponsored by Sarah Choate Sears, a prominent collector and artist, Prendergast spent 18 months traveling in Italy in 1898 and 1899; in Venice he was particularly impressed by the decorative mural cycles of the High Renaissance painter . In 1900 the Macbeth Gallery in New York held an exhibition of Prendergast’s work. It was his first major solo show and largely featured watercolors from his travels in Italy. In New York he affiliated himself with and the Eight, whose rejection of academic tradition was appealing to Prendergast even though his style and subjects were far removed from theirs. He returned to France in 1907 and, profoundly influenced by , , and the Fauves, started to use more abstract and colorful forms. In 1908 he participated in the historic exhibition of The Eight at Macbeth Gallery. In 1912, after another visit to Venice, Prendergast joined the Association of American Painters and Sculptors and served on the selection committee for the 1913 Armory Show. In 1914 he and his brother moved to New York City, where he spent the remainder of his life, although he continued to make annual summer painting trips to resorts on the Atlantic coast of New England. Prendergast was admired by American modernists as a proponent of European modernism, and he was supported by the collectors John Quinn and Albert C. Barnes. He died in New York of prostate cancer on February 1, 1924.