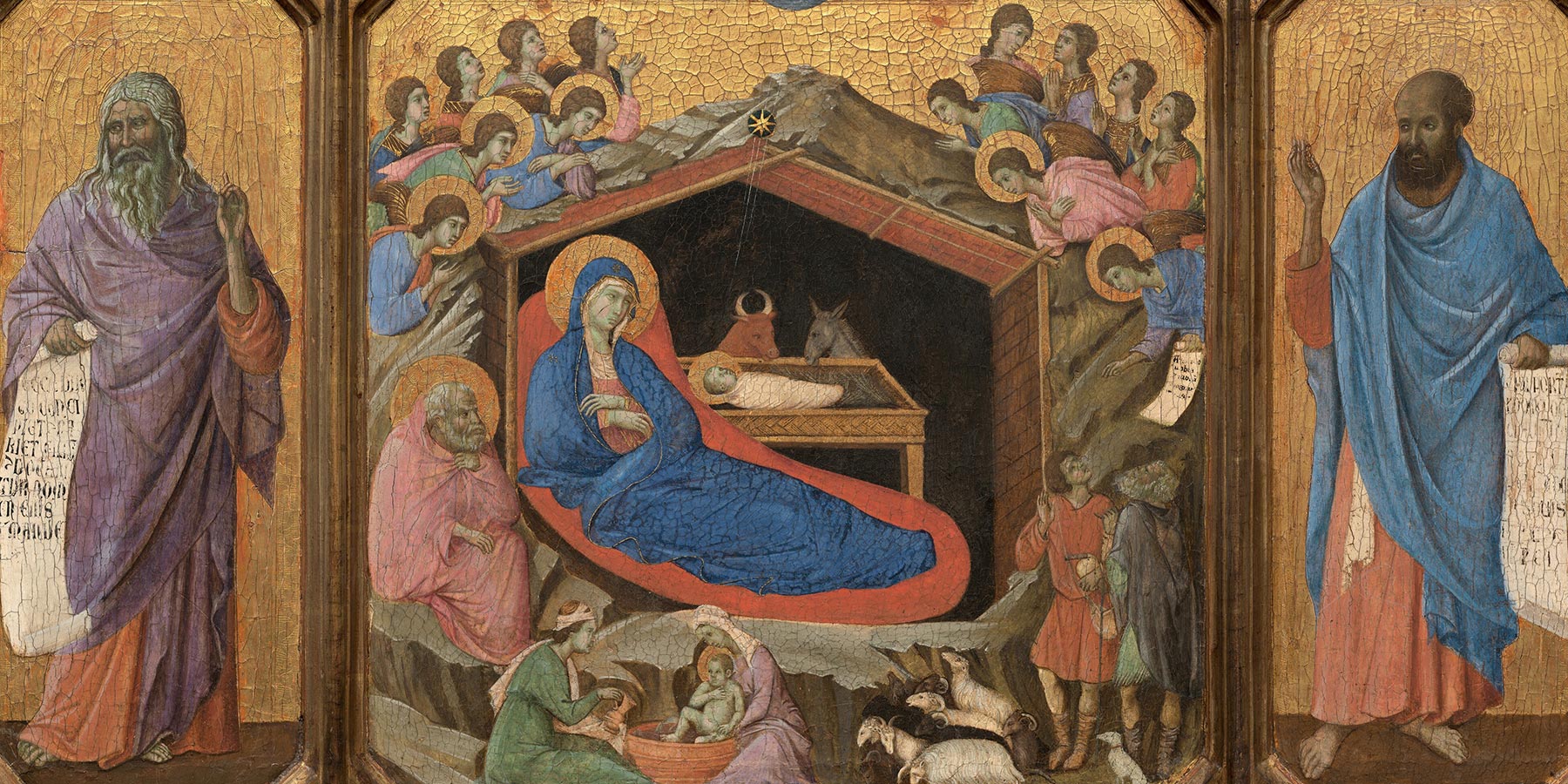 Italian Paintings of the Thirteenth and Fourteenth Centuries

The National Gallery of Art’s collection of Italian paintings is considered the most important in America and among the finest and most comprehensive in the world. This part of the collection holds works by artists who were among the most influential Italian painters in all of art history, for example,  and . In the case of the great Sienese master, the Gallery is the only institution in the United States to own two panels from Duccio’s monumental masterpiece, the Maestà. Paintings by , , , , , and other luminaries make the Gallery’s holdings highly significant for all those who study pre-Renaissance art in Italy. More than a decade in the making, this catalog offers a fresh examination of these works.

To provide the most authoritative scholarship on the earliest paintings in the collection—which has not been published in its entirety since the 1979 Catalogue of Italian Paintings by Fern Rusk Shapley—the Gallery turned to one of the leading historians of early Italian art, Miklós Boskovits. Each entry is conceived as a small monograph, an explanatory roadmap of a painter’s entire career. Similarly, the bibliography provided for each painting includes every significant citation. The history of ownership is also given in greater detail than heretofore, and all exhibitions in which a work appeared are included, because of the increasing importance of exhibitions for art historical investigation.

The paintings in this catalog are generally components of greater assemblages. Some are small works painted for private devotion; others are fragments from multipaneled altarpieces. An effort has been made, therefore, to suggest the original context for these works through schematic reconstructions, which will help users of the catalog understand the panels’ original purpose and meaning.

This catalog represents the fortunate confluence of two interrelated strands: it is an encounter between the most refined and consequential assembly of early Italian paintings in this country, ranking among the greatest collections of such material anywhere outside of Italy, and the most original and influential scholar of this material, Miklós Boskovits, a man who defined many of the canonical presumptions on which the modern study of the period is based.
—Laurence Kanter, Chief Curator and Lionel Goldfrank III Curator of European Art, Yale University Art Gallery, from “In Memoriam: Miklós Boskovits”

Duccio's Nativity with the Prophets Isaiah and Ezekiel
Nardio di Cione's Madonna and Child with Saint Peter and Saint John the Evangelist
Side by Side: Cimabue and Giotto at Pisa