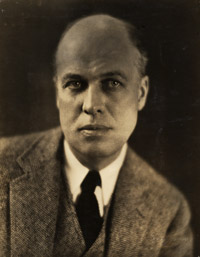 Edward Hopper was born in Nyack, New York, in 1882 to a middle-class family. After he graduated high school in 1899, his parents, though supportive of his artistic ambitions, encouraged him to pursue commercial illustration. He studied at the Correspondence School of Illustrating in New York City for a year before enrolling in classes at the New York School of Art in 1900, where he switched his focus to fine art. There, Hopper studied under and , who encouraged their students to paint the everyday realities of the world around them. In 1906 he briefly worked part-time as an illustrator and then, over the next four years, made three extended trips to Paris and other European cities, where he was particularly influenced by the works of and .

In 1910, Hopper moved to 3 Washington Square North in Greenwich Village, where he would live and work for the rest of his life (although from 1930 on he spent nearly every summer on Cape Cod and built a house in South Truro in 1934). For the next decade, as Hopper sought recognition from the art world, he continued to earn his living as an illustrator—work he disliked and would later attempt to conceal. During this period Hopper exhibited his paintings in a number of group shows in New York City, including the Exhibition of Independent Artists in 1910 and the 1913 Armory Show.

Hopper took up printmaking in 1915, and although he continued to paint in oil, it was the artist’s etchings that first achieved both critical and commercial success. It was also in this medium that Hopper developed a recognizable style in which ordinary places—motels, gas stations, restaurants—while realistically rendered, are pervaded with a sense of estrangement or loneliness. His human figures, if they appear at all, are solitary and pensive. In these etchings, and later paintings, mysterious moods are often reinforced through dramatic lighting, both natural and artificial. Both as a painter and a printmaker, Hopper used realism’s contemporary subject matter and structured compositions to explore the alienation and anxieties of modern life.

In 1923 six of Hopper’s watercolors were accepted to the Brooklyn Museum’s International Watercolor Exhibition, from which the museum purchased Mansard Roof (1923) for $100. The following year he gave up commercial work to paint full time and married Josephine “Jo” Verstille Nivison, a fellow pupil from Robert Henri’s class and herself an accomplished painter. Jo would prove indispensible to Hopper’s artistic success: not only did she pose for many of his female figures and encourage his work in watercolor, but she took over from her husband the task of keeping detailed records of his artistic production, including where works were shown and to whom they were sold, ultimately producing an impressive archive of Hopper’s long career.

Hopper’s success in both exhibiting and selling his work continued to grow. In 1927 his solo show of watercolors at the Frank K. Rehn Gallery in New York attracted favorable reviews and every work exhibited was sold (including one work to fellow artist George Bellows). During the '20s the artist also sold works to the Art Institute of Chicago, the Metropolitan Museum of Art, the Pennsylvania Academy of the Fine Arts, and to the collector Duncan Phillips. In 1930 his painting House by the Railroad (1925) was the first painting by any artist to enter the collection of the Museum of Modern Art (MoMA) in New York. Three years later, MoMA’s founding director, Alfred H. Barr Jr., organized a retrospective of the artist’s work at that museum, though some critics did not find Hopper’s realist style modern enough.

Throughout his career, Hopper was the subject of several more retrospective exhibitions and was chosen to represent the United States at the 1952 Venice Biennale. Though some critics at midcentury failed to see the abstract structures underlying Hopper’s realism and dismissed his work as “illustrative,” by the 1960s a new generation of artists working in pop art and photorealism claimed him as an important influence on their work. The artist and his wife both died in New York, only ten months apart.