Skip to Content
Tweet
Admission is always free Directions
Home » Exhibitions » Past » 2017 » In the Library: Process and Participation in the Work of Christo and Jeanne-Claude

In the Library: Process and Participation in the Work of Christo and Jeanne-Claude
February 6 – April 14, 2017
East Building, Study Center Library 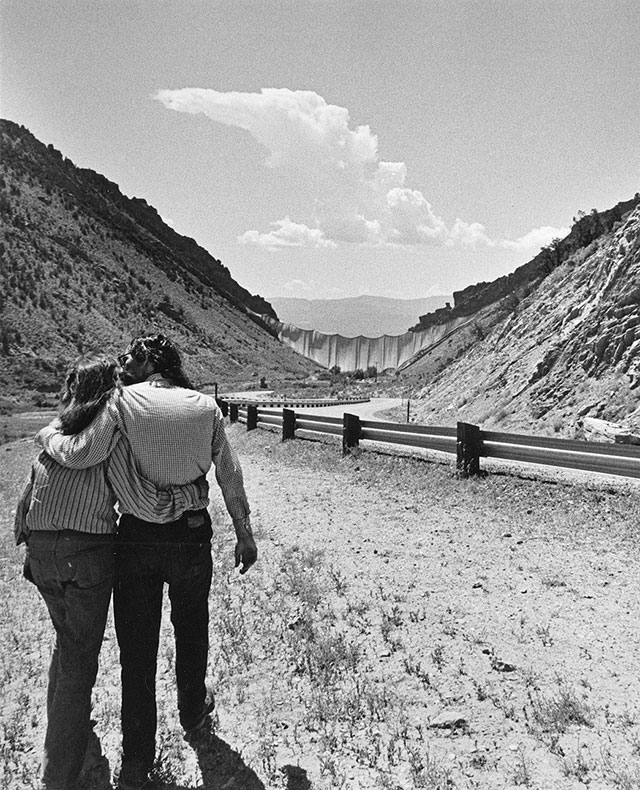 Received as part of a gift by the Roy Lichtenstein Foundation to a consortium of five major art institutions, the Shunk-Kender Photography Collection at the National Gallery of Art Library's department of image collections documents exclusively the work of artists .

Harry Shunk and János Kender began working as a photographic team in 1958 and their work became highly sought-after in the artistic circles of Paris and New York. Under the name Shunk-Kender, they photographed the major European and American artists, studios, performances, and exhibitions of the era, until they ended their partnership in 1973.

Process and Participation in the Work of Christo and Jeanne-Claude begins with a selection of early documentary photographs for Christo, spanning the early 1960s in Paris to the beginning of the artists’ wrapping of public buildings in the United States. It then focuses on two large-scale projects, Wrapped Coast and Valley Curtain, depicting myriad details of preparation, construction, and final installation of the works, and the many people who worked on them and were fundamental to their successful completion. As these monumental projects were only temporary, the artists considered the documentary photographs an integral part of the record, and the images represented the projects in subsequent gallery exhibitions and publications.

Brochure: In The Library : Process and Participation in the Work of Christo and Jeanne-Claude: Selections from the Shunk-Kender Photography Collection by Meg L. Melvin. Washington, D.C.: National Gallery of Art, 2017.