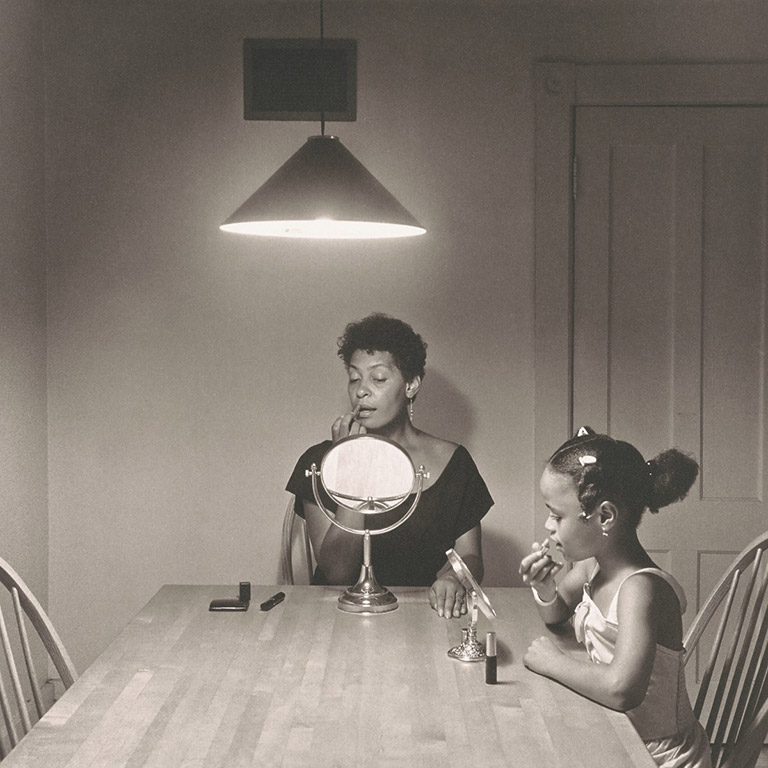 Carrie Mae Weems, Untitled (Woman and daughter with makeup) from the Kitchen Table Series, 1990, printed 2003, platinum print, National Gallery of Art, Washington, Gift of the Collectors Committee, and Robert B. Menschel and the Vital Projects Fund

Carrie Mae Weems’s Kitchen Table Series established her as one of the leading artists of her generation. The series, consisting of 20 carefully staged photographs depicting Weems herself sitting at a kitchen table under a lamp, remains one of the key pieces of late 20th- and early 21st-century art. Weems’s powerful meditation on domesticity and relationships tells the story of one woman’s life as seen through the intimate space of the kitchen, the traditional sphere of women. A recent acquisition made possible by Robert B. Menschel and the Vital Projects Fund, as well as the Collectors Committee, this significant early work is on view in conjunction with Posing for the Camera: Gifts from Robert B. Menschel.