Birds, Trees, and Shining Armor: What Symbols and Objects Tell Us in Carpaccio’s “A Young Knight” 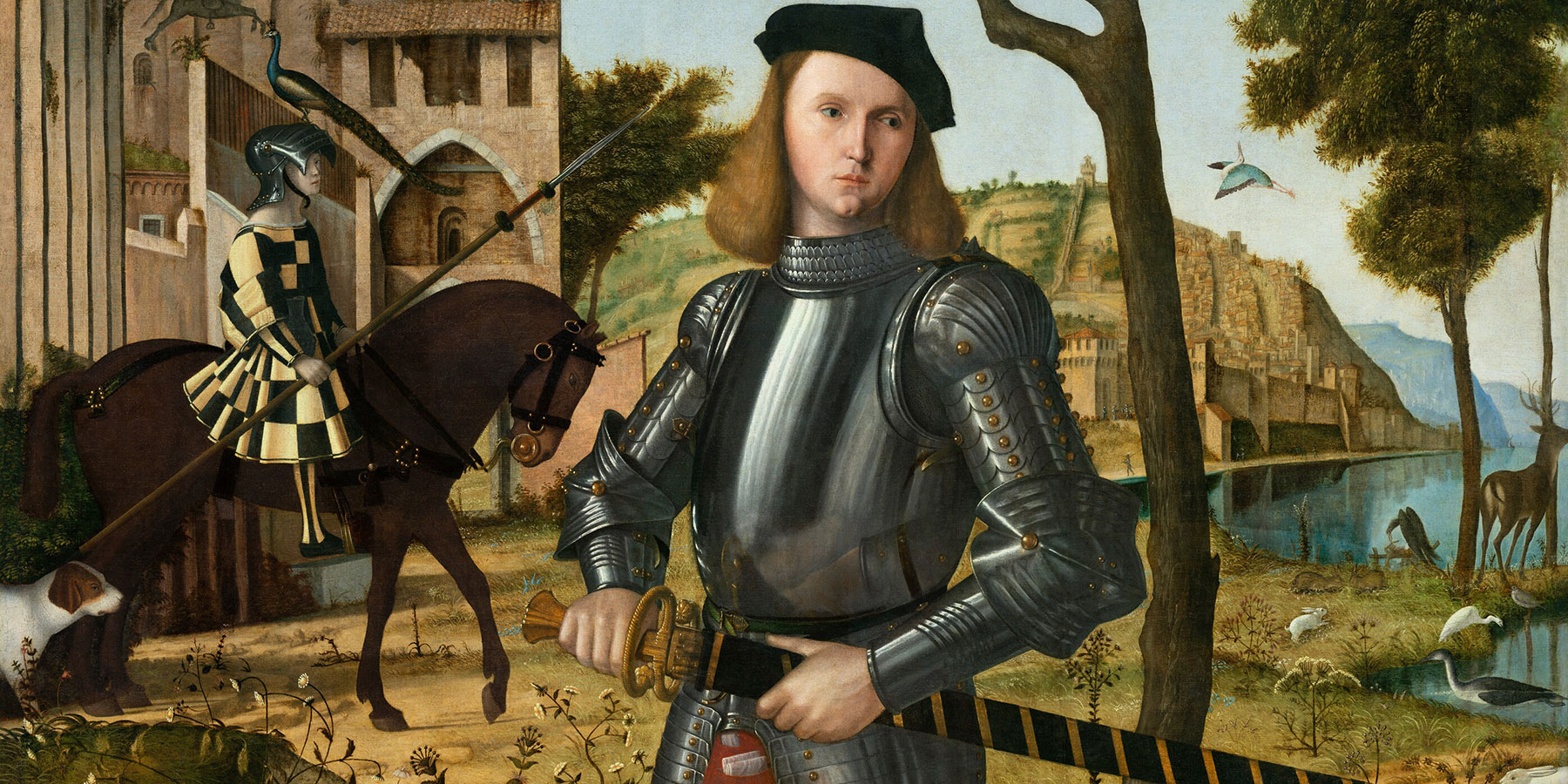 Mystery surrounds the armor-clad figure in Vittore Carpaccio’s masterpiece A Young Knight. Was he an actual person? Or is this an idealized portrait to remember someone who died much too young in battle?

Carpaccio painted the knight in 1510, when his native city of Venice was fighting in the War of the League of Cambrai. Some historians believe he represents Francesco Barbaro the Younger, who survived that war a hero.

Others say the work could be associated with Venice’s siege of Padua in the summer of 1509. Carpaccio may have painted this in memory of a fallen soldier, intending it to be displayed in a Venetian palace.

Looking closely at the animals, plants, and other details adds more clues about this young knight—and what Carpaccio intended to say about him.

These birds fighting high in the air refer to warfare.

Look for other birds throughout the painting. They swoop through the sky, perch on a roof, and wade at the water’s edge. The peacock, here balancing on the top edge of a wall, may represent immortality or pride.

Figure on a horse

The figure on the dark horse wears the knight’s helmet and carries his gauntlets (the gloves of his armor) and spear. This is the knight’s servant, or his squire. The black and gold colors of the squire’s costume might be those of a notable family—but which one?

Carpaccio painted the shining armor with enough detail that it might have been real—a real knight may have owned it and worn it into battle. Notice that we can see the inside of his left arm reflected in the breastplate.

This little creature is a white ermine. It’s a symbol of moral purity, as are the white lilies growing near the knight’s left leg.

“Death rather than dishonor”

A piece of paper appears to be caught in the grass at the bottom left of the painting. The writing on it reads, MALO MORI QUAM FOEDARI, Latin for “Death rather than dishonor”—a fitting motto for any knight!

Many of the plants may have been inspired by the watercolors of German artist Albrecht Dürer, who worked in Venice between 1505 and 1507.

Carpaccio considered A Young Knight his masterpiece. He signed the painting in Latin with his name and the word FINXIT (“he created”) instead of the usual PINXIT (“he painted”).

The rich details Carpaccio used to create this vivid setting helped make this one of the most celebrated Venetian paintings of the early Renaissance. 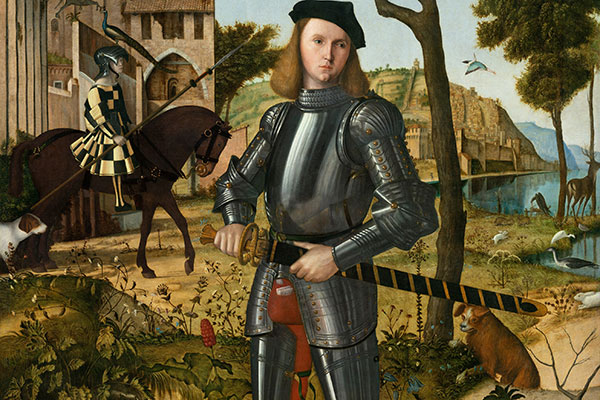 Master Storyteller of Renaissance Venice
This mysterious painting was first seen in public in 1963, more than 400 years after Carpaccio created it. Now is your chance to see it for yourself in this exhibition now on view until February 12, 2023.