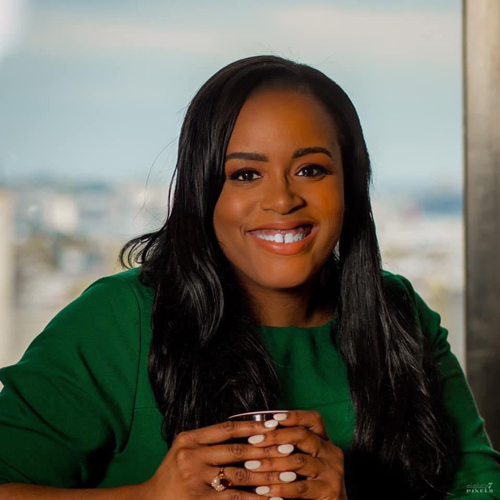 Erica Buddington is a culture curator who designs culturally relevant curricula, writes, and performs work that reflects the diaspora, and defies and decolonizes the status quo.

After a decade of teaching in the classroom, Buddington founded the Langston League, a curriculum firm that specializes in teaching educators to design and implement culturally responsive instructional material and professional development. Langston League is responsible for the Unofficial Black History Lovecraft Country Syllabi, which went viral during season one. She also hosts the YouTube series Decolonized and writes for the Emmy-nominated Amber Ruffin Show. 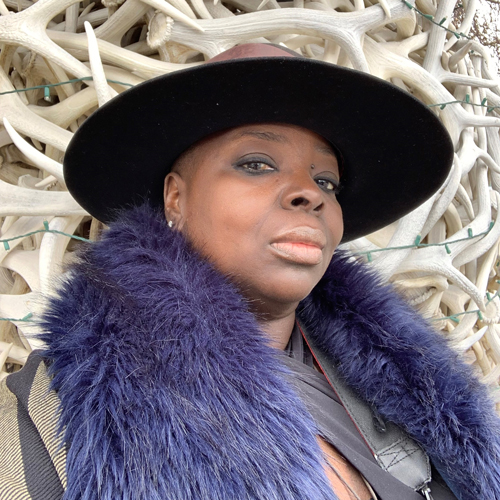 Nona Faustine (born 1977, Brooklyn, NY) is a photographer and visual artist whose work examines contemporary gender and racial stereotypes through a critical focus on history, identity, and representation. Her photographs reclaim and recenter forgotten, erased, and unacknowledged histories of systemic racism in the United States. Faustine earned her BFA from the School of Visual Arts and MFA from the International Center of Photography at Bard College, where she began her critically acclaimed series White Shoes (2013–2015). These self-portraits, which center her mostly nude body in historic sites of slavery around Lower Manhattan and Brooklyn, reflect her interest in collective memory and mythmaking as well as representations of the Black female body. From Her Body Sprang Their Greatest Wealth taken at Federal Hall on Wall Street, the former location of slave auctions, is on view in Afro-Atlantic Histories.

In her silkscreen series My Country, Faustine confronts and interrogates iconic American monuments, such as the Lincoln Memorial and the Statue of Liberty, using her camera to reframe conventional, colonialist perspectives, and reinserting some of the truth and trauma behind these memorialized spaces. This series explores, in Faustine’s words, “how history is turned around. What is left out, what is included, what are the lies. And who gets celebrated.”

In 2019 Faustine was the recipient of the NYSCA/NYFA Fellowship, the Colene Brown Art Prize, the Anonymous Was A Woman grant, and was a Finalist in the National Portrait Gallery's Outwinn Boochever Competition. She participated in the inaugural class of Kehinde Wiley’s Black Rock Senegal Residency (2020). 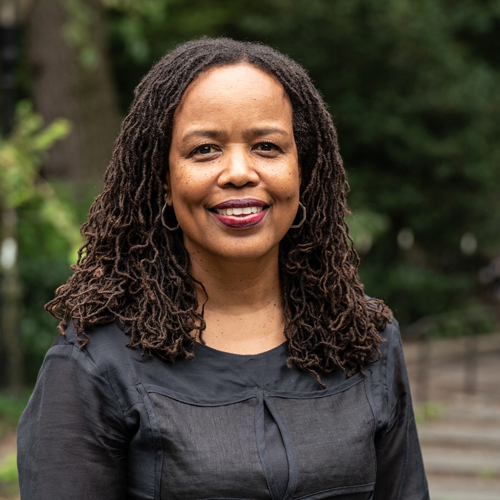 Saidiya Hartman is a scholar of African American literature and cultural history whose works explore the afterlife of slavery in modern American society and bear witness to lives, traumas, and fleeting moments of beauty that historical archives have omitted or obscured. She weaves findings from her meticulous historical research into narratives that retrieve from oblivion stories of nameless and sparsely documented historical actors, such as female captives on slave ships and the inhabitants of slums at the turn of the 20th century.

Hartman is the author of Wayward Lives, Beautiful Experiments (2019), Lose Your Mother: A Journey Along the Atlantic Slave Route (2007), and Scenes of Subjection: Terror, Slavery, and Self-Making in Nineteenth-Century America (1997). A MacArthur “Genius” Fellow (2019), she has been a Guggenheim Fellow, Cullman Fellow, and Fulbright Scholar. She has published articles in journals such as _South Atlantic Quarterly, Brick, Small Axe, Callaloo, The New Yorker and The Paris Review. 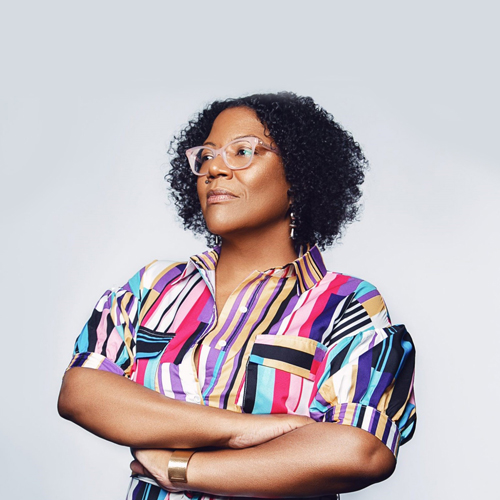 For over twenty years, Honorée Fanonne Jeffers has been lifting her voice on issues of Black culture, racism, American history, and gender through the medium of writing. Jeffers is author of the novel The Love Songs of W.E.B. Du Bois (2021). An Oprah’s Book Club pick, Love Songs was longlisted for the National Book Award in Fiction, short-listed for the Center for Fiction First Novel Prize, a finalist for the Kirkus Prize in Fiction, and winner of the 2021 National Book Critics Circle Award for Fiction. An award-winning poet, her most recent collection, The Age of Phillis (2020) was longlisted for the National Book Award in Poetry, and won both the 2021 NAACP Image Award for Outstanding Literary Work in Poetry and the Lenore Marshall Poetry Prize from the Academy of American Poets. She is also the author of the poetry collections, The Gospel of Barbecue (2000); Outlandish Blues (2003); Red Clay Suite (2007); and The Glory Gets (2015).

She is the recipient of fellowships from the American Antiquarian Society, the Bread Loaf Writers Conference, the National Endowment for the Arts, the Vermont Studio Center, the Witter Bynner Foundation through the Library of Congress, Aspen Summer Words Conference, and in 2021 Jeffers was granted a United States Artist Fellowship. Recently, she was inducted into the Alabama Writers Hall of Fame. 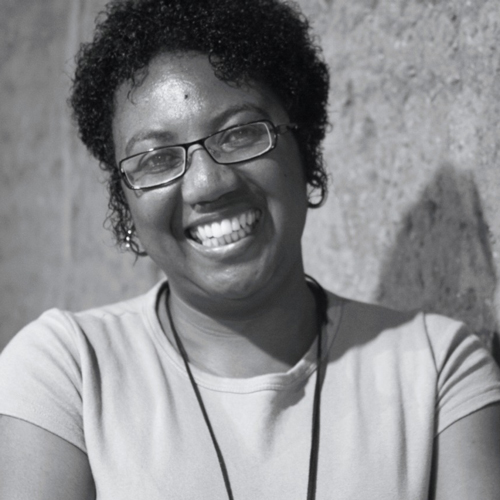 Rosana Paulino (born 1967, São Paulo) earned her BFA and PhD in Fine Arts at the School of Communications and Arts at University of São Paulo. Her work centers around social, ethnic, and gender issues, focusing on Black women in Brazilian society and the various types of violence suffered by this population due to racism and the lasting legacy of slavery. Paulino explores the impact of memory on psychosocial constructions, introducing different references that intersect the artist’s personal history with the phenomenological history of Brazil, as it was constructed in the past and persists today. Her research includes the construction of myths, not only as aesthetical pillars but also as psychic influence-makers. Paulino, whose artistic output is unquestionably fundamental to Brazilian art, has produced a practice of reconstructing images and, beyond that, reconstructing memory and its mythologies. Her body of work brings together female figures and their respective historical elements, supported by psychic traces that map colonial structures and their impact onto the social and aesthetic fabric of our time.

Paulino’s work is represented in Afro-Atlantic Histories  by A permanência das estruturas (The Permanence of Structures) (2017), a digital print on cut-and-sewn fabric.

Cameron Rowland (born 1988, Philadelphia; lives and works in Queens, NY) earned their BA in Studio Art from Wesleyan University. Rowland is an artist making visible the institutions, systems, and policies that perpetuate systemic racism and economic inequality. Their research-intensive work centers around the display of objects and documents whose provenance and operations expose the legacies of racial capitalism and underscore the forms of exploitation that permeate many aspects of our daily lives. They were named a MacArthur “Genius” Fellow (2019) and awarded a United States Artist Fellowship (2020).

Their work is represented in Afro-Atlantic Histories by Depreciation (2018), a restrictive covenant for a “one-acre piece of land at 8060 Maxie Road, Edisto Island, South Carolina, [that] was part of the Maxcy Place plantation. This land was purchased at market value on August 6, 2018, by 8060 Maxie Road, Inc., a nonprofit company formed for the sole purpose of buying this land and recording a restrictive covenant on its use. This covenant has as its explicit purpose the restriction of all development and use of the property by the owner.

The property is now appraised at $0. By rendering it legally unusable, this restrictive covenant eliminates the market value of the land. These restrictions run with the land, regardless of the owner. As such, they will last indefinitely. As reparation, this covenant asks how land might exist outside of the legal-economic regime of property that was instituted by slavery and colonization. Rather than redistributing the property, the restriction imposed on 8060 Maxie Road’s status as valuable and transactable real estate asserts antagonism to the regime of property as a means of reparation.” 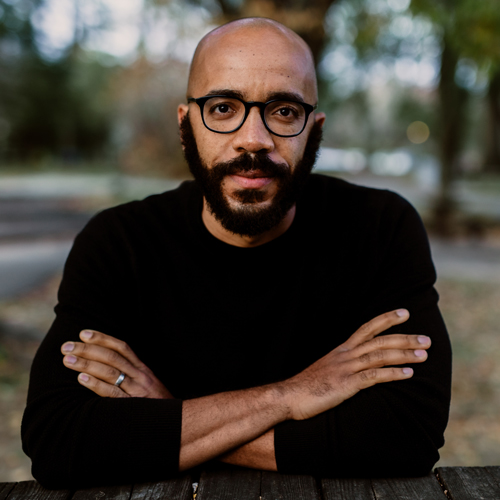 Clint Smith is the author of the narrative nonfiction book, How the Word Is Passed: A Reckoning with the History of Slavery Across America, which was a #1 New York Times bestseller, winner of the 2021 National Book Critics Circle Award for Nonfiction, winner of the 2022 Stowe Prize, and selected by the New York Times as one of the 10 Best Books of 2021. He is also the author of the poetry collection Counting Descent, which won the 2017 Literary Award for Best Poetry Book from the Black Caucus of the American Library Association and was a finalist for an NAACP Image Award.

Smith earned his BA in English from Davidson College and PhD in Education from Harvard University. He has received fellowships from the Andrew W. Mellon Foundation, New America, the Emerson Collective, the Art for Justice Fund, Cave Canem, and the National Science Foundation. His essays, poems, and scholarly writing have been published in The New Yorker, The New York Times Magazine, The New Republic, Poetry Magazine, The Paris Review, the Harvard Educational Review, and elsewhere. He is a 2014 National Poetry Slam champion and a 2017 recipient of the Jerome J. Shestack Prize from the American Poetry Review.

Previously, Smith taught high school English in Prince George’s County, Maryland where, in 2013, he was named the Christine D. Sarbanes Teacher of the Year by the Maryland Humanities Council. He currently teaches writing and literature in the D.C. Central Detention Facility. Smith is the host of the YouTube series Crash Course Black American History. 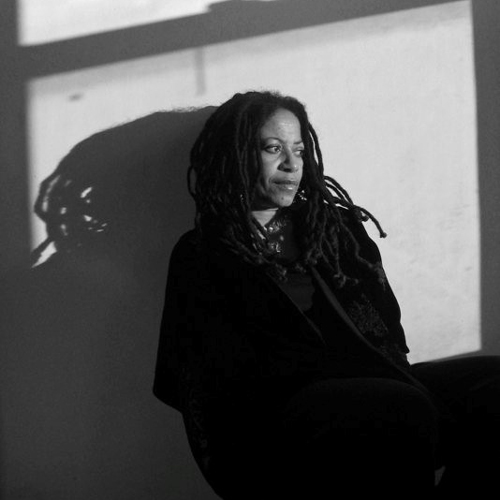 Renée Stout (born 1958, Pittsburgh) earned her BFA in painting from Carnegie-Mellon University. When she moved to Washington, DC, in 1985 she began to explore her African American heritage through a variety of media, including painting, drawing, mixed media sculpture, photography, and installation. Stout became the first American artist to exhibit in the Smithsonian’s National Museum of African Art.

Her work encourages self-examination, reflection, and levity, pulling from current events and everyday life. Stout writes, “I see each one of my pieces as a fragment or installment in an ongoing narrative that’s my contribution to telling the story of who we are as a society at this point in time.”
Stout is a recipient of the Women’s Caucus for Art Lifetime Achievement Award (2018), Janet & Walter Sondheim Artscape Prize (2012), David C. Driskell Prize (2010), a Joan Mitchell Award (2005), The Pollock Krasner Foundation Award (1991 and 1999), the Anonymous Was A Woman Award (1999), and The Louis Comfort Tiffany Foundation Award (1993).
Her wood and mixed-media sculpture Headstone for Marie Laveau (1990) is on view in Afro-Atlantic Histories. 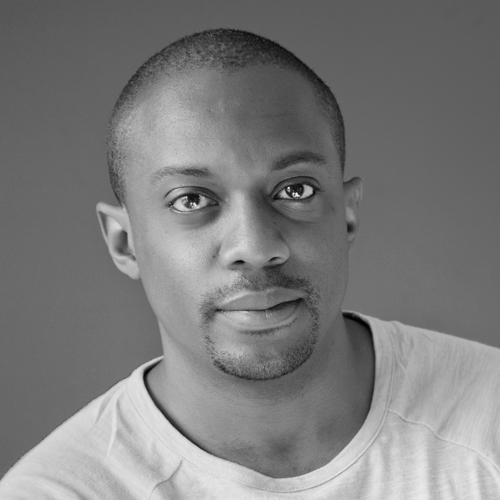 Hank Willis Thomas, artist and cofounder of For Freedoms

Hank Willis Thomas (born 1976, Plainfield, NJ; lives and works in Brooklyn, NY) earned his BFA from New York University and MA/MFA from the California College of the Arts. He received honorary doctorates from the Maryland Institute of Art, Baltimore, and the Institute for Doctoral Studies in the Visual Arts, Portland, ME.

Thomas is a conceptual artist focusing on themes relating to perspective, identity, commodity, media, and popular culture. His work often incorporates widely recognizable icons—many from well-known advertising or branding campaigns—to explore their ability to reinforce generalizations developed around race, gender, and ethnicity. Thomas created one of his most iconic photography series in 2006, B®anded, where he superimposed bodies of Black men with the Nike swoosh logo, recalling the history of branding slaves in America as well as the literal and figural objectification of Black male bodies in contemporary culture.

A trained photographer, over the past several years Thomas’s practice has evolved to incorporate a variety of media, including mirrors and retroreflective vinyl to challenge perspectives in his work, exploring 20th-century protest images and often overlooked historical narratives. By adding multiple, hidden layers, Thomas asks the viewer to consider who is included in history and who is erased, revealing the complicated nature of storytelling and the bias of history.

Influenced by social history and the hard-fought, perennial battle for equality in all areas of his work, Thomas co-founded For Freedoms with artist Eric Gottesman in 2016 as a platform for creative civic engagement in America. Inspired by American artist Norman Rockwell’s paintings of Franklin D. Roosevelt’s Four Freedoms (1941)—freedom of speech, freedom of worship, freedom from want, and freedom from fear—For Freedoms uses art to encourage and deepen public explorations of freedom in the 21st century. In 2017 For Freedoms was awarded the ICP Infinity Award for New Media and Online Platform.

His work titled A Place to Call Home (Africa America Reflection) (2020) in the National Gallery’s collection is on view during Afro-Atlantic Histories.