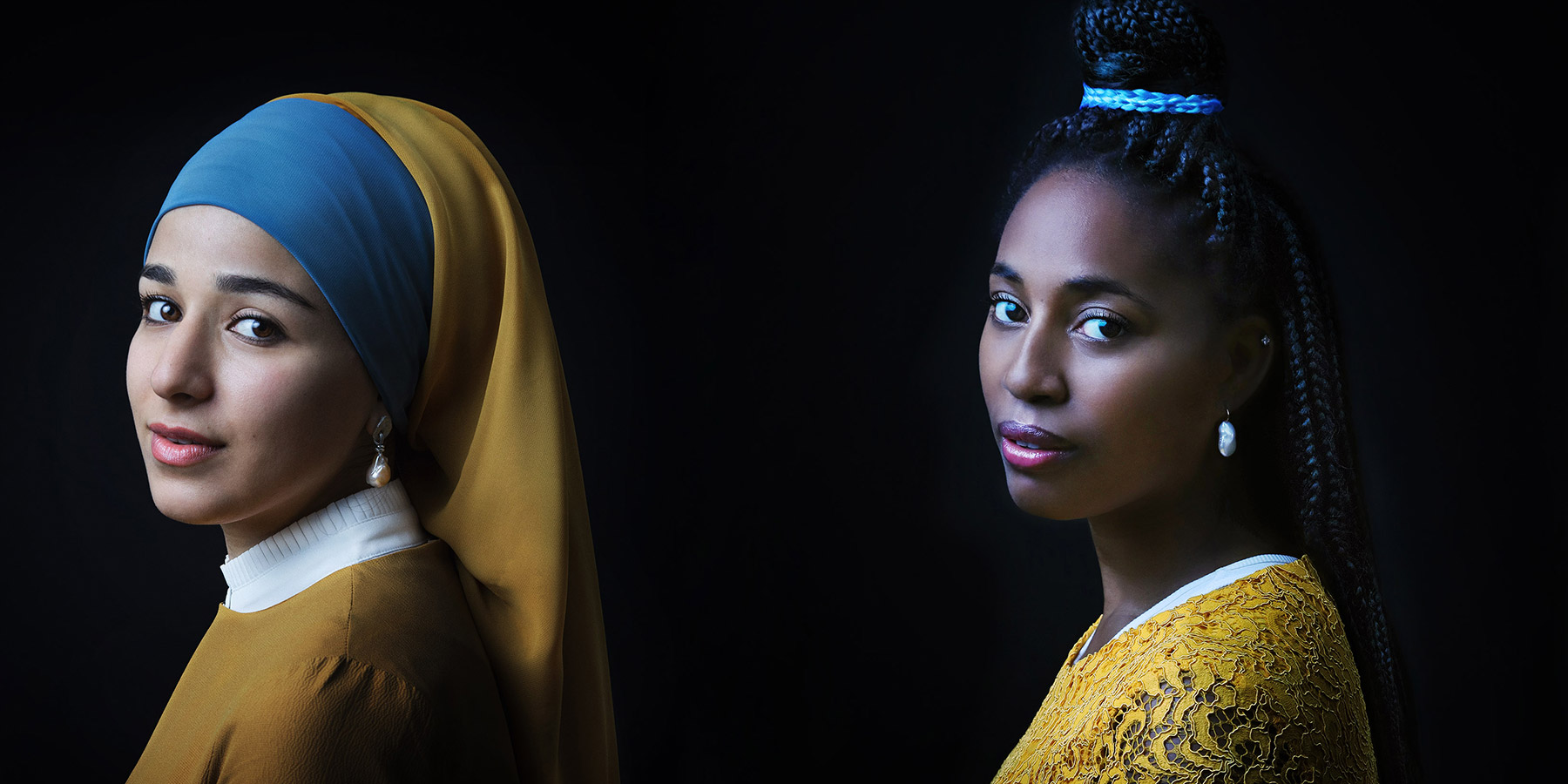 How this 17th-century painter still inspires many to travel, create, and connect

Arne Neumeyer is on a quest. He travels alone, preferring not to explain himself to friends.

“The main reason to travel is to see the Vermeer,” he says. “Everything else is an add-on.” His goal is to see every Vermeer—and he is getting close.

The three people you’re about to meet are all on some version of this journey. Though each is a pilgrim in their own way, what unites them is a profound appreciation for the paintings of Johannes Vermeer.

Intro to art history, Rhode Island School of Design, early 1970s: Jonathan Janson, an undergrad slumped in his seat, waited for the lights to dim. Then a slide flashed on the screen that would change his life.

“All of a sudden, Woman Holding a Balance came up. That was it.” he says. Unable to get to the National Gallery to see that painting in person, he made a different plan. “My friend and I hitchhiked to Boston. We went to the Gardner.”

At the Isabella Stewart Gardner Museum, he saw The Concert, a painting by Vermeer (that would later be stolen in a heist in 1990). He stood in awe. “That first encounter, I was astounded. I didn’t know you could paint like that,” he says. “I said, ‘This is what I want to do.’ I went back to my studio and picked up my brushes.”

Today, Janson is an art historian living in Rome who, he says, is “silly enough to try” to paint like Vermeer. He is also the founder of EssentialVermeer.com, an invaluable resource for would-be Vermeer pilgrims. A one-stop shop for global happenings related to the renowned artist, the site provides the latest news about exhibitions, publications, symposiums, multimedia events, and also archival materials. You could spend days studying Vermeer here.

Such devotion makes Janson a pilgrim, too. “I think we all are Vermeer devotees, aficionados. Many of us try to see all the Vermeers. It becomes a quest.”

Yes, he has seen them all. He is now considering adding a section to the website for Vermeer pilgrims. “I get people who write ‘I’ve just seen my 35th,’” he says. “I guess there are a lot of us.”

Decades later, what does Janson think his student self saw in Vermeer?

“I got over that and started to see these paintings for what they were. Vermeer puts things together in a meaningful way, but you can’t quite figure out what the meaning is. That’s the enigma.”

Janson compares it to trying to grasp meaning from a dream. Powerful but elusive.

He continued: “When you fall in love, you get the impression that ‘I always knew her.’ With Vermeer, everything has fallen into place. It’s inevitable.” 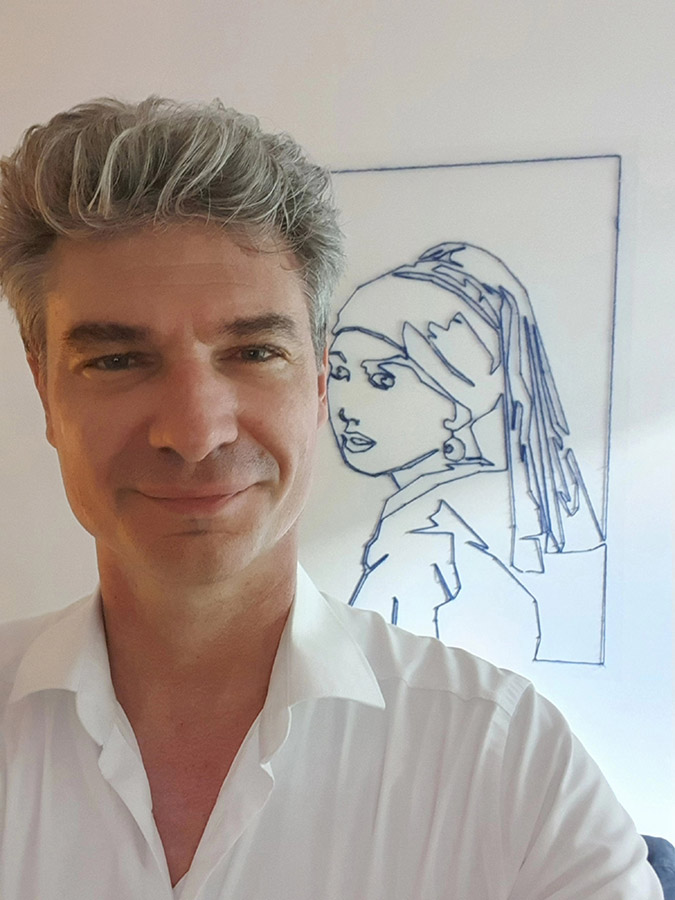 When Arne Neumeyer went through a bad time a decade ago, art was his balm.

“I suffered from a heavy depression,” he says. “The arts—theater, opera, concerts—it was like air I needed to breathe.”

The resident of Munich had always admired 17th-century Dutch paintings. Realizing he had already seen eight or nine works by Vermeer, he decided to embark on a quest to see them all. Because of Vermeer’s limited body of work—34 paintings with confirmed attributions—this goal felt within reach.

“I find it a little bit freaky to see every painting of one single painter. A little bit extreme,” he says. “So, for me, it’s kind of natural to follow this journey to see all the Vermeer paintings.”

Neumeyer is drawn not only by the artist’s technical mastery, but also by the narrative mystery in his works.

“It’s the little hints Vermeer gives beyond the paintings: What happens next? Sometimes there’s this person in the painting who is searching for eye contact with the visitor: ‘Shall I be in this situation with this guy? Shall I drink the wine?’ There’s a humor in it.”

Vermeer, Neumeyer points out, spent most of his life in Delft, making perhaps two paintings a year; composing them precisely; and reusing carpets, garments, and other objects in those compositions.

“That sounds to me like an introverted, sensitive person with a quiet power of observation and who knew exactly what he was doing,” he says. “I like people like that, and that’s probably why I like Vermeer.”

Making Everyone the Girl with a Pearl Earring

Dutch photographer Caroline Sikkenk grew up with Vermeer’s works. On tote bags. On coffee mugs. On the walls of the museums the Haarlem native has visited since childhood. So when COVID-19 closures put her other work on ice, she had an idea.

Sikkenk had long wanted to work on a project inspired by Dutch artists—“since [attending] the photo academy,” she says. “Every photographer in Holland is raised using the right light; it’s in your blood. Of course, Vermeer is the master of light.”

She used that natural Dutch light to create images based on his Girl with a Pearl Earring painting, held in the Mauritshuis collection in The Hague. The twist? She found models of every complexion and age to pose like “the most famous girl in the world.”

“I’m so intrigued by the human race and the beauty in everyone,” she says. “I thought everyone could be the Girl with a Pearl Earring. It was exciting to see how far I could push that idea, you know?”

A Black singer, a 90-year-old grandmother, even a bearded man—50 sitters in all—posed like Vermeer’s imaginary girl, or tronie. The result, Girls with Pearls, is a mesmerizing photographic series: contemporary “girls” in yellow garments, plus something blue—scarf or headphones or cap—and, of course, a glistening pearl earring gaze at the viewer.

During the 2020 holiday season, Sikkenk’s images were projected on a screen in front of the Mauritshuis. “[The museum was] looking for ways to connect to the public,” she says. “I said, ‘Let’s make it a gift to the people.’” That following May, her project filled a digital screen at the World Trade Center in Lower Manhattan.

Next, Sikkenk broadened her view, photographing models in poses inspired by Vermeer’s other works. Ambitiously, she posed her subjects—again, a diverse mix in chic, contemporary dress—in places around Delft, Vermeer’s hometown, that were important in his life.

Her interpretation of Woman Holding a Balance, a painting at the National Gallery, is “photographed at the birthplace of Vermeer,” she says. But things do change after nearly 400 years: his birthplace is now a restaurant and bed-and-breakfast, which made logistics challenging. “It was difficult. There were chairs, tables, and people walking around, tourists walking by. But I’m very pleased that I managed to create that serene Vermeer feeling.”

Through her painstaking efforts, Sikkenk found herself all but inhabiting Vermeer’s methods. Her appreciation for his skills has only grown.

“I discovered that Vermeer was so meticulous. He was extremely precise in where the model is standing, where the window is, where the elements on the table are,” she says. “Nothing is by chance.”

“Now I know how he thinks.”

Discover who Vermeer was and learn more about the painting techniques he used. 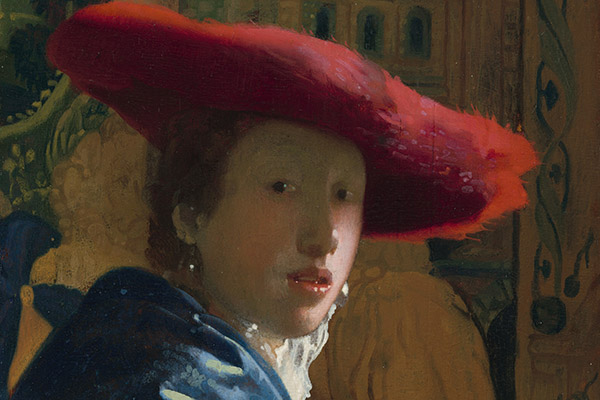 October 8, 2022 – January 8, 2023
This exhibition offers a behind-the-scenes glimpse, revealing our findings about Johannes Vermeer’s paintings and the mysterious artist who made them.