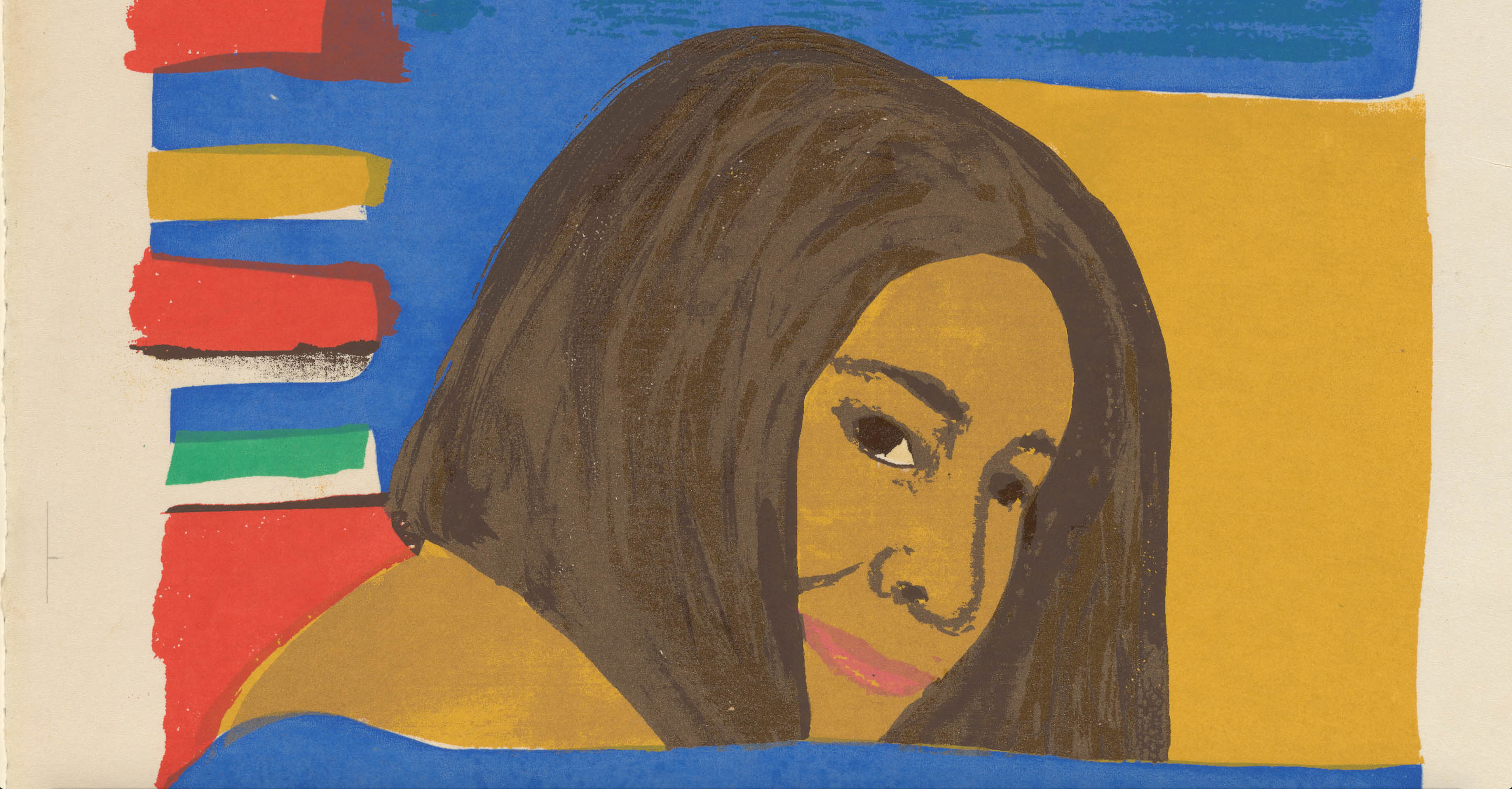 Challenging What We See

A few days ago, a powerful photograph captured protestor Samantha Francine removing her sunglasses to stare back at a counter-protestor about a foot taller than her as he attempted to intimidate her. When asked about the moment on CNN, she quoted her deceased father: “No matter the threat, always look them in the eye so they have to acknowledge you’re human.”

In response to the killing of George Floyd, people in every US state and many countries have taken to the streets to protest systemic racism and its devastating consequences and to assert that Black lives matter. Living in Washington, DC, I witness history in action as protesters clash and negotiate with state institutions to determine the future of our nation. It’s painful, but change doesn’t happen without the agitators—those who aren’t content with the status quo, who are loud and refuse to be ignored.

Emma Amos, who died on May 20 was one of the agitators. Her passing hurts, but it seems an appropriate time to reflect on her work, as the world wrestles with the same societal norms she challenged through her activism and art. Amos redefined what it meant to be a Black artist and a woman artist. She was the only woman in the Spiral group, a collective formed during the Black Arts Movement of the 1960s, as artists amplified Afrocentric themes in response to the Civil Rights Movement. Amos was recently confirmed as a member of the Guerrilla Girls, a group of feminist artist-activists who challenge the art world’s sexist norms. Her artist’s statement affirms, “Yes, race, sex, class, and power privileges exist in the world of art.”

When I look at Gold Face Type, I see a portrait not only of the artist but also of myself and many other Black women—looking out, looking back, challenging what we see. Amos looks over her right shoulder and out at the viewer. It is a knowing look—a thousand-yard stare. She looks at you, in you, and through you. As you regard the print, it regards you.

Amos designed textile patterns early in her career. I see evidence of that history—her adeptness at arranging color and pattern—in the bold, graphic, geometric shapes of the background. One blue stripe at the bottom serves as a foreground, overlapping Amos’s shoulder, hair, and chin as though she’s tucked behind it. There is an interplay between the artist’s face and the block of color just to the right of it—it seems Amos used the same matte gold ink for both, with a thin overlay of brown on her face adding more dimension to the flat plane of color.

Amos took care to depict Black figures with realistic skin tones. “Every time I think about color, it’s a political statement. [As artists], we’re always talking about color, but colors are also skin colors, and the term ‘colored’ itself—it all means something else to me. You have to choose, as a black artist, what color to make your figures . . . butterscotch, brown or really black,” she once said in an interview with Art Papers.

Seeing this depiction of her face evokes comparisons between Black skin complexions and the color gold. I’m reminded of “Black Gold,” an Esperanza Spalding song I often sing to my son: “Hold your head as high as you can. High enough to see who you are, little man. Life sometimes is cold and cruel. Baby, no one else will tell you, so remember that you are black gold."* I met Emma Amos in 2009, while writing my master’s thesis about her work, and can attest to her skin’s golden quality.

I want to be transparent: I was invited to contribute to the Gallery’s blog because I am Black. Would that push for diversity have occurred without the uprisings? That’s not to say my point of view wouldn’t have been welcomed—I’m sure it would have—but including Black voices would not have felt as urgent. That sense of urgency is the power of protest, revealing blind spots and challenging what we see.