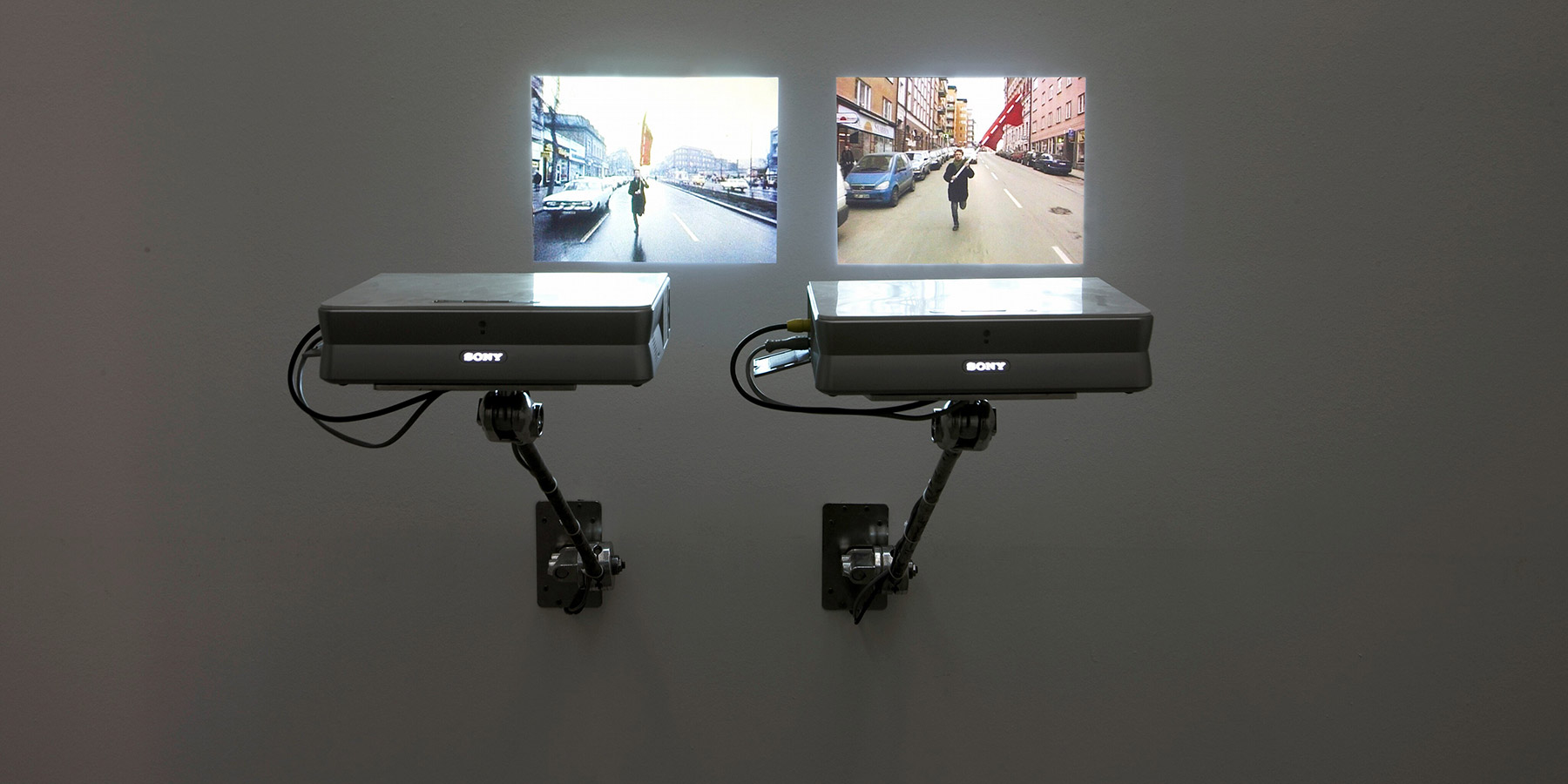 Paul Schmelzer
Arts Journalist and Founder of The Ostracon

“History doesn’t repeat,” Mark Twain wrote, “but it often rhymes.” And several of the works in The Double: Identity and Difference in Art Since 1900 are rhyming with history. They update historic moments, staging them once more. They take pictures of old pictures. They recreate—double—events, situations, even people.

We talk with three artists about what inspired them to reach through time to create art. Do their politically potent works mirror events in the news today? And what insight might they offer us?

Racism Against Indigenous Women in Mexico, Then and Now

“They’re the face of Mexico, yet I was seeing these Indigenous women and their children treated really poorly,” said . Photographing Zapotec ruins in Oaxaca, Fernandez was disturbed by the racism she witnessed.

“One of the things is the extreme poverty,” she recalls. “But also, the children being shoved out of the way, literally like dogs.” As a fourth-generation Mexican American raised by parents who were labor activists with the United Farm Workers, Fernandez felt an emotional bond with these women. But she had not yet learned about her own Indigenous roots in Mexico.

“I wanted to also acknowledge that the way that I ‘knew’ these women was mostly through photographs of Mexican photographers”—Manuel Álvarez Bravo, Nacho López, and Gabriel Figueroa among them. “So I started photographing images of Indigenous women in books.”

Fernandez first photographed existing, published images, then magnified them. She also took pictures of herself in the studio. Then, she created double exposures, adding her own likenesses to the pictures (of the pictures) of the Indigenous women.

The final photos bring each woman together with Fernandez, but they also contain ruptures. Fernandez’s lighter complexion contrasts with the Indigenous women’s skin tones; her American-style clothing meets Indigenous textiles. And the faded half-tones of the rephotographed images emphasize the difference between the two parts of each work.

Untitled Multiple Exposure #4 (Bravo) shows the artist embracing a woman in a photo by Manuel Álvarez Bravo. “I’m attempting to somehow hold the figure, to make a connection. Not to comfort her, but to make a visual connection that I could not make physically with this woman who’s in history.” 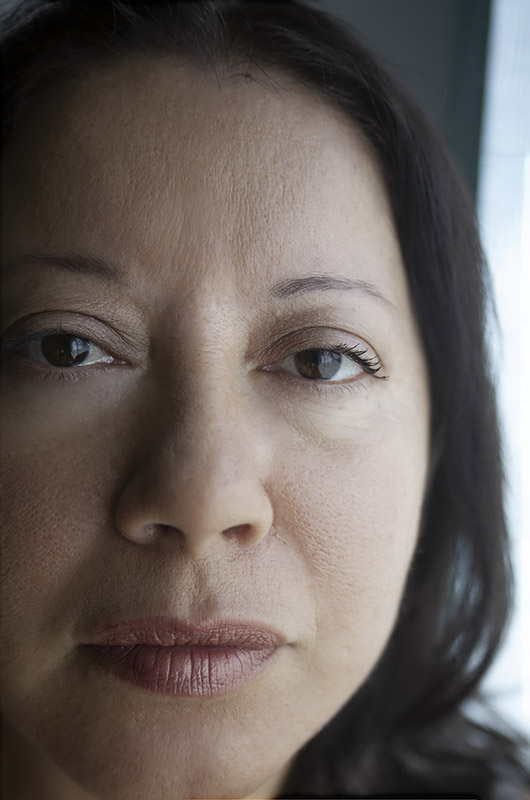 Looking back at this photo 24 years later, Fernandez notes, “I’m not an expert on Indigenous people, but what I can say is that a lot of it is the same, if not worse.” Indeed, according to the United Nations, “Indigenous women and girls face grave, systematic, and continuous acts of violence that permeate every aspect of their lives while perpetrators enjoy alarming levels of impunity.”

Still, Fernandez finds hope. “There are a lot of collectives, especially here in LA, of Indigenous artists who work together and do very interesting political work. I think that may have not been so much the case when I was doing this work 20-something years ago.”

Today Fernandez might not create this exact type of photo. “I’d much rather see Indigenous women speak for themselves and have a welcoming forum and an opportunity than . . . any Chicana artists who’s fourth generation speak for them. I’m very aware that that is rife with issues.”

Reviving the Revolutionary Impulse of 1968 in 2002

Felix Gmelin calls his work, Color Test (Red Flag #2), an experiment: “What I love to do is to place simple tasks into the hands of students and see what they do with it.” But he was also contemplating a revolutionary moment.

West Berlin, 1968. The Vietnam War was escalating, protests and general strikes were hobbling Paris, the Soviet Union had crushed the Prague Spring. In this precarious setting, Polish filmmaker and activist Gerd Conradt filmed his students.

Having discovered that footage in the archives of his father—Otto Gmelin, a media theory professor in Berlin—Felix Gmelin filmed a reenactment in Stockholm in 2002.

In both, students run toward the camera down a city street, passing a bright red flag to one another—a symbol of what? communism? emergency?—like a baton in a relay race.

In Conradt’s version, the students eventually reach city hall, the Schöneberg Rathaus, where they run upstairs to a balcony and wave the flag. In Gmelin’s double, shot just as his students were mobilizing against the Iraq War, the students are stopped from reaching their destination: no furious flag-waving. 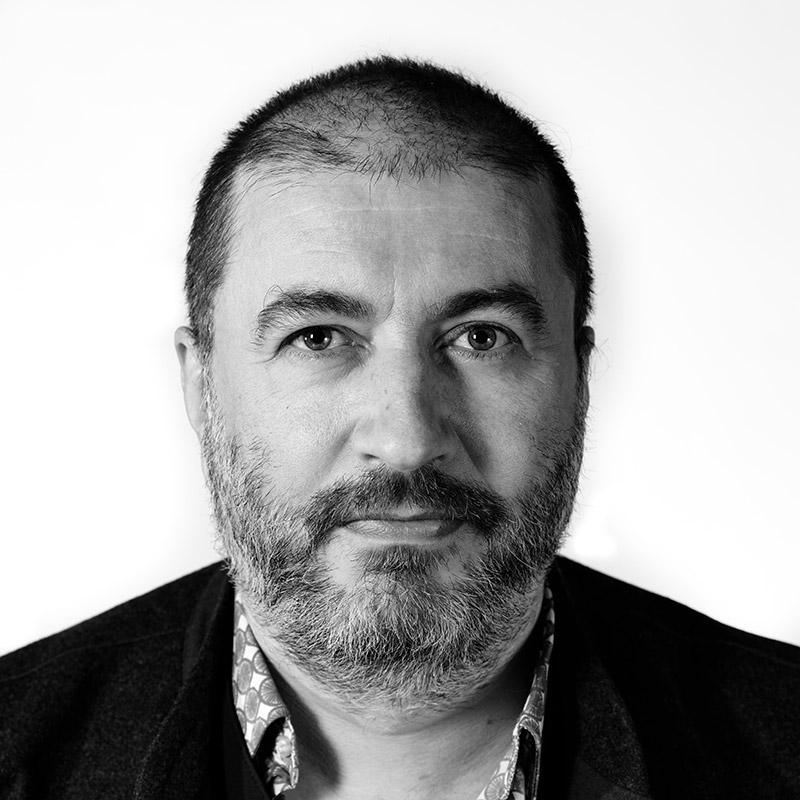 Gmelin explains that his work draws on Eadweard Muybridge’s early studies of motion and Andy Warhol’s videos of ordinary activities. But it’s also a look back from one moment of rebellion to another, “trying to figure out what ideology means in practice, and what exactly the same gesture would mean in another point of history.”

“In ’68, I think everybody believed they were contributing to something amazing. It was a generation where media for the first time became global. The Vietnam images were broadcast all over the world, and suddenly we had this movement coming out of it,” the artist explains.

“It was quite a magic moment, for a short time. After that we had the Cold War, which stopped every possibility of change. This was, in a sense, my comment on that—questioning what does this mean today?”

And what does Color Test say to him today, 20 years after he created it? “Over the last few years, so much has happened historically. We are in a totally new situation, one that 1968 could never imagine. Nobody cares for utopias at the moment, don’t you think?”

In WLM Remix, also looks from one generation of activism to the next—and back again. In a photo from the women’s liberation march in 1970 (the “WLM” in the title), demonstrators carry a sign that reads “Unite for Women’s Emancipation.” This was a nod to the suffragists of the 1920s. The march commemorated the 50th anniversary of passage of the 19th Amendment, which guaranteed many women in the United States the right to vote.

This image slowly dissolves into another one. It is also a photograph, staged to evoke the same march, still in black and white despite having been taken in 2005. But there are subtle differences: the protest sign features a less familiar phrase, “from stone to cloud”­—a line from a Sylvia Plath poem.

“That poem is written about having a child,” Kelly explains. “And what it captured was this euphoric identification among women when they discovered their voices, as it were, and their kind of collective identity.”

The two photographs continue fading into one another over the course of 90 seconds. To Kelly the work represents a kind of political take on Freud’s “primal scene,” which refers to children being fascinated by their conception—where they came from. These are the questions of a new generation of activists: “Where did I come from? Where do I fit in this social historical grand narrative? And what am I meant to carry forward in history?” 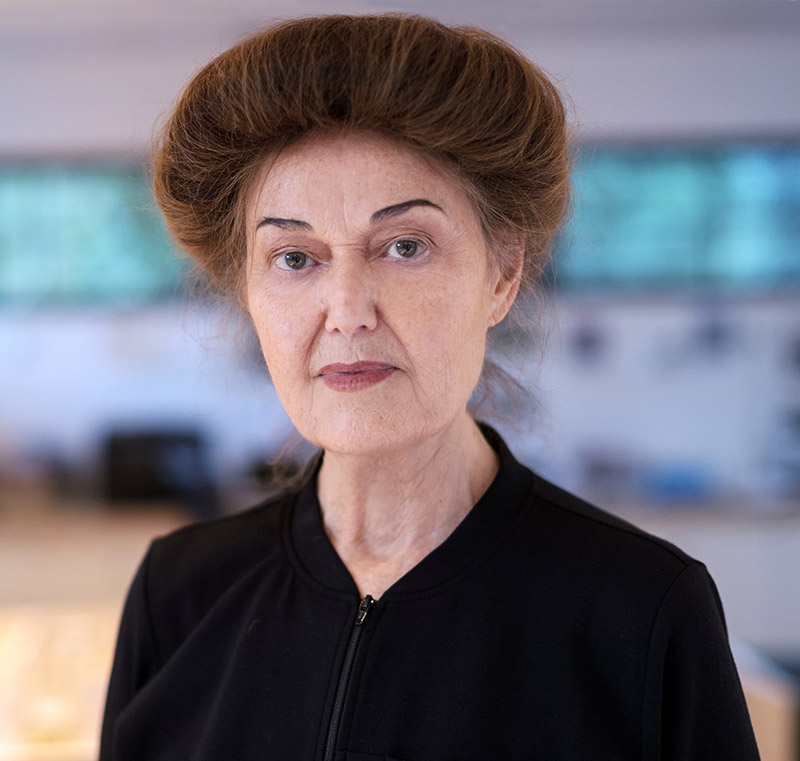 Kelly, whose art has examined feminist topics including motherhood, domestic labor, and activism, says her work isn’t prescriptive, but reflective. Our present moment is rife with challenge, she explains: the repeal of Roe vs. Wade, seemingly never-ending war, and the enormity of climate change.

“When I’m asked if I feel hopeful today, the answer people want to hear is that the generation coming up gives me a lot of hope,” she says. “But the depressing reality is there is a global crisis.

“Perhaps it’s time to admit that it’s not going the way we want it,” Kelly adds. But the next generation is giving her at least some hope. “I feel very protective of the younger people who are facing this and doing really great things in spite of it.”

See these works in The Double: Identity and Difference in Art since 1900 at the National Gallery through October 31.