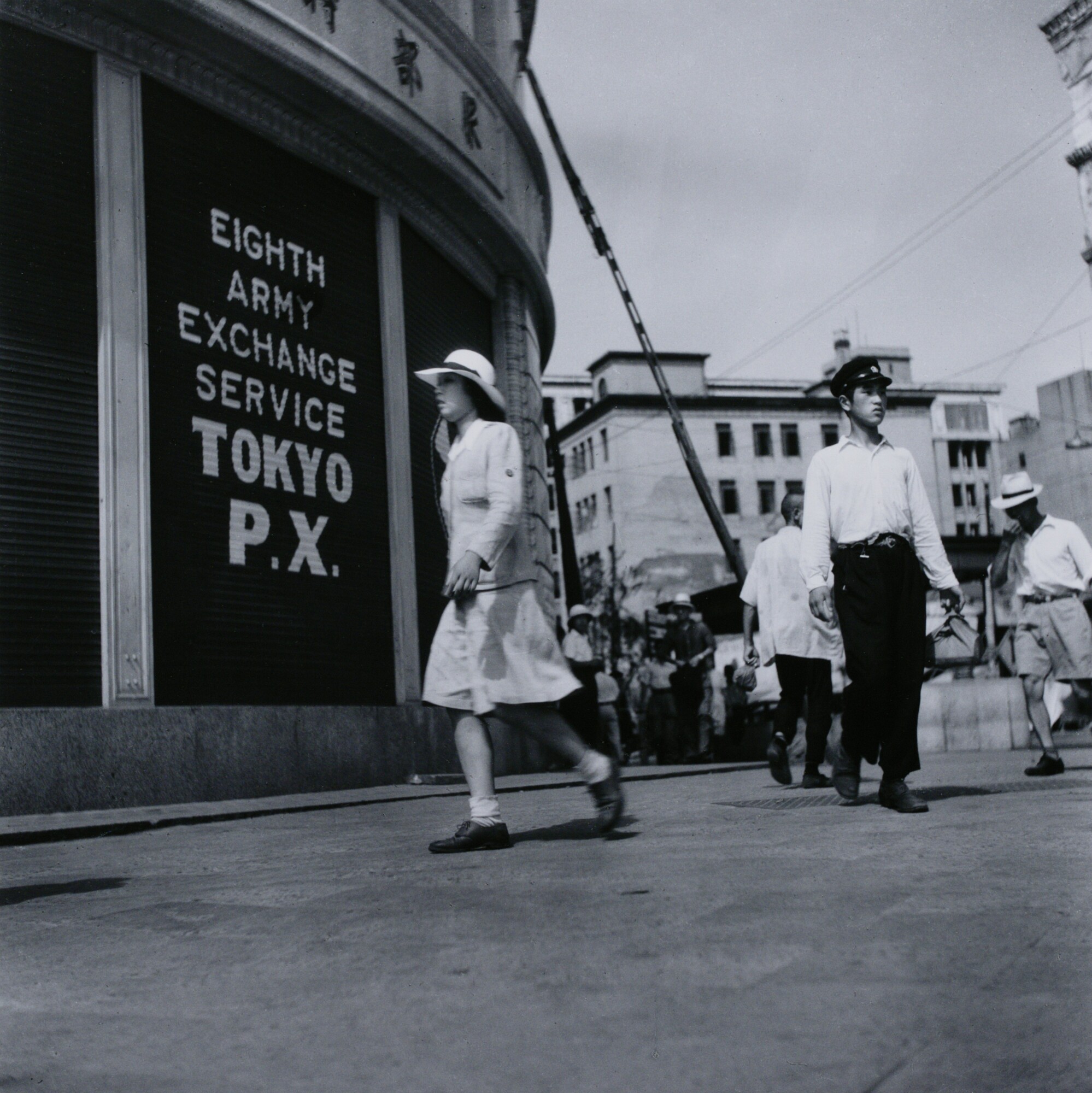 Research can lead to all kinds of surprising experiences for curators. In 2017 I found myself in Japan for the first time, seated anxiously on a train traveling south from Tokyo to Kamakura. I was on my way to visit the photographer Tsuneko Sasamoto. Now 106 years old, she is one of Japan’s oldest living photographers and one of the country’s first professional women photojournalists. I became acquainted with Sasamoto while investigating the history of women photographers for the forthcoming exhibition The New Woman Behind the Camera. Focusing on photographs created from the 1920s to the 1950s meant that most of the artists I was studying were no longer living. I was delighted and somewhat astounded to learn that Sasamoto was thriving and only recently had given up photography.

With the help of her niece Emiko Nomura and good friend Kate Klippensteen, I met Sasamoto at her assisted-living facility. She was lively and engaging, full of questions for me as we sat together in her comfortable, sun-lit room.

Sasamoto’s career in photography began in 1940. Fresh out of school, where she studied illustration and pattern design, she was looking for employment. A family connection landed her an interview with Kenichi Hayashi, head of the Japan Photo Library. Hayashi told Sasamoto about —whose work was featured prominently on the cover and pages of the illustrious Life magazine—and then asked if she wanted to become Japan’s first woman photojournalist. Sasamoto accepted on the spot, even though she had no experience in the field and was fearful that her parents might disapprove.

This striking portrait of Sasamoto holding her camera was taken soon after. She had to learn the profession quickly on the job and deal with the requirement to wear skirts and high heels, which sometimes hindered her ability to get the right shots. Japan was in the midst of a war with China and would soon enter World War II. As a woman, Sasamoto was not allowed at the front. Instead her assignments included covering diplomatic envoys and special-interest stories intended to stir patriotism and national unity. Several of her photographs, such as the one below, appeared in the widely circulated weekly Shashin Shuho, published by the Cabinet Intelligence Department from 1938 to 1945.

Even within this restricted working environment, Sasamoto’s position opened up many new experiences, such as traveling alone outside of Tokyo. She resigned due to a family illness and spent the war years photographing for a local newspaper in the city of Chiba. In 1946 she returned to Tokyo, working mainly as a freelance photographer, in part because the major press and agencies were reluctant to hire women. Developing her own stories, she examined the struggles and excitement of postwar society and gained renown for her portraits, whose subjects ranged from artists and writers to the wives of striking coal miners.

It was on my second visit in 2018 that I came across a group portrait of the Nihon Shashinka Kyōkai (Japan Professional Photographers Society). Sasamoto, placed directly in the center, is the only woman. The mood is jovial, everyone posing with their camera. I asked what it was like to be a woman working in the field. She told me that she often felt isolated within the group and that her work was not taken seriously. Yet she added that there was a camaraderie between photographers. Her male colleagues would give her a spare flashbulb or film when she needed it. Many women photojournalists at the time had similar liminal experiences working in a field that was both collaborative and led by men. Looking back on her career, what remains with her is how the camera brought her confidence and the opportunity to meet so many fascinating people.

On my last visit, the Gallery arranged for a film crew to tape an interview with Sasamoto. Toward the end, someone handed her one of her cameras. Guided by a photographer’s instinct, Sasamoto checked the machine without even glancing down at it, as if ready to go out on assignment, just as she had first done some 80 years ago.

The New Woman Behind the Camera will be on view at the National Gallery of Art, October 31, 2021 – January 30, 2022. The exhibition catalog is available now.