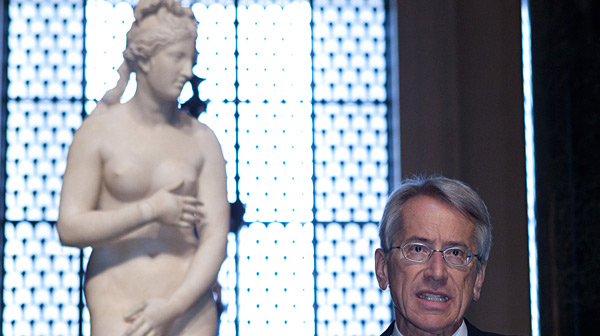 A Masterpiece from the Capitoline Museum, Rome

The famed 'Capitoline Venus,' one of the best-preserved sculptures to survive from Roman antiquity, will be officially presented in the grand West Building Rotunda of the National Gallery of Art, Washington, when the Mayor of Rome Gianni Alemanno inaugurates it on June 7; it remains on view until September 5. Due to an early installation, visitors to the Gallery will be able to see 'A Masterpiece from the Capitoline Museum, Rome' beginning June 4. The 'Capitoline Venus,' which measures approximately six feet six inches in height, derives from the celebrated 'Aphrodite of Cnidos' created by the renowned classical Greek sculptor Praxiteles around 360 BC. It has only left Rome on one other occasion—when Napoleon seized it in 1797 (it was returned in 1816).