The Rajiv Vaidya Memorial Lecture Series affords an opportunity for prominent filmmakers to discuss their work and for notable scholars to present perspectives on the history of film as an art form. Dr. Shailendra Vaidya of Chester County, Pennsylvania, and family and friends, have generously endowed this series in honor of Rajiv Vaidya, a film devotee and writer who held a degree in creative writing from Johns Hopkins University. 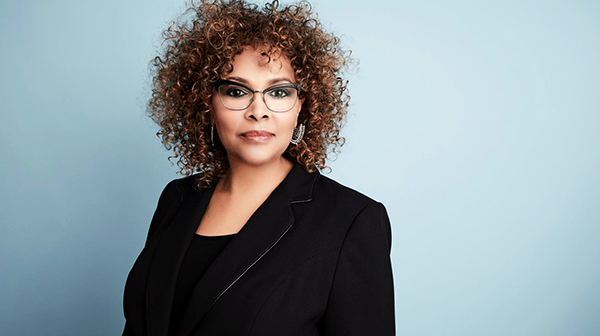 video
Rajiv Vaidya Memorial Lecture 2017: Agnès Varda and the Art of the Documentary

Kelley Conway, historian. In the December 3, 2017 Rajiv Vaidya Memorial Lecture, historian Kelley Conway, professor in the department of communication arts at the University of Wisconsin – Madison, explores French filmmaker Agnès Varda’s career and her documentary practice. Varda is often associated with the French New Wave but her importance really transcends that historical moment. Through clips from some of Varda’s most iconic work from the 1960s to the present, Conway explores notions of subjectivity, representation, and voice in the nonfiction flims of one of the world’s greatest living auteurs.

In the December 2, 2018, Rajiv Vaidya Memorial Lecture, Rick Prelinger, archivist and founder of the Prelinger Archives – a celebrated repository of home movies and ephemeral films –explored the particular difficulties contemporary archivists (film, media, and paper) must contend with today: historical amnesia, uncertain funding, technological change, and the flow from a relentless digital fire hose. Prelinger looks at the future of memory, the renaissance of physical media, the virtues of inconvenience, and how archives and cultural repositories can serve as a force for inclusion.

Tom Gunning, Edwin A. and Betty L. Bergman Distinguished Service Professor, department of art history, department of cinema and media studies, University of Chicago. In this Rajiv Vaidya Memorial Lecture recorded on December 4, 2016, Tom Gunning presented his research into the influence of the motion picture on both the visual arts and the act of perception. He states that “at the point of transformation from the projected film image to a projected electronic and digital one, we have an opportunity to reflect on what a revolution the moving image has sparked in our collective sense of what a ‘picture’ is. For nearly two centuries, images have moved and thereby introduced new visual relations to time and representation. This discussion searches for the roots and implications of the transformation, one that continues to this day.”

video
Technicolor at 100: The Road to Color Film Production

James Layton, manager, Celeste Bartos Film Preservation Center, The Museum of Modern Art; David Pierce, founder of Media History Digital Library and president, Sunrise Entertainment Inc. Color was an integral part of early cinema, with tinting, toning, and other processes adding imaginative dimension to black-and-white images. In this Rajiv Vaidya Memorial Lecture recorded on December 6, 2015, James Layton and David Pierce, authors of The Dawn of Technicolor, 1915–1935, illustrate the efforts of Technicolor to give filmmakers tools to present naturalistic color on the screen, even as the company was striving to overcome countless technical challenges and persuade cost-conscious producers of color’s virtues. Rare photographs from the Technicolor corporate archive chart the development of the early two-color process and the new aesthetic color photography required for lighting, costumes, and production design. Three early Technicolor shorts preserved by the George Eastman House followed the lecture: Manchu Love (1929), The Love Charm (1928), and Sports of Many Lands (1929).

Scott MacDonald, visiting professor of art history, Hamilton College. From the fall of 1947 until the spring of 1963, New York City was invigorated by Cinema 16, the most successful and influential film society in American history. Established by Amos and Marcia Vogel, and directed by Vogel, Cinema 16 offered its audiences monthly film programs of great diversity and considerable intellectual and emotional challenge. At its height, Cinema 16 boasted 8,000 members, including many of the movers and shakers of the New York cultural scene, who came to see films that were unavailable or illegal to show outside the parameters of a membership film society. In this Rajiv Vaidya Memorial Lecture recorded on December 7, 2014, Scott MacDonald, film historian and author of Cinema 16: Documents toward a History of the Film Society, presents a program of films that were crucial for Cinema 16 audiences—organized so as to evoke the unusually challenging programming strategy Amos Vogel developed. The following films were screened: A Divided World (1948), a rarely seen nature film by Swedish filmmaker Arne Sucksdorff; Fireworks (1946), probably the first openly gay film, a psychodrama by 17-year-old Kenneth Anger; George Franju’s The Blood of the Beasts (1949), which exposes the surreal underbelly of normal urban life (no film caused more controversy at Cinema 16); Weegee’s New York (c. 1952), a New York City Symphony photographed by master street photographer Weegee and apparently edited by Vogel; Eaux d’artifice (1953), Kenneth Anger’s exploration of  the Villa d’Este gardens at Tivoli outside of Rome; and Canadian Norman McLaren’s Begone Dull Care (1949), a visual accompaniment, made by painting directly on the filmstrip, to an original composition by jazz great Oscar Peterson.

Revered director and screenwriter Agnieszka Holland discusses her latest narrative feature In Darkness (2011) and the HBO Europe miniseries Burning Bush (2013). Both works are based on historic events—the struggle to survive in Nazi-occupied Poland and the revolutionary reaction to the Soviet invasion of Czechoslovakia in 1968, respectively—and illustrate with empathy the humanitarian and existential plight of various individuals. This event is made possible by funds given in memory of Rajiv Vaidya. With thanks to the Embassy of the Republic of Poland.
Transcript (PDF, 217kb)

Thomas Elsaesser, senior fellow, International College of Cultural Technologies and Media Theory, Weimar, Germany. In this Rajiv Vaidya Memorial Lecture recorded on December 2, 2012, cultural historian Thomas Elsaesser, one of our most creative and unconventional thinkers on cinematic culture, film history, and digital media, speaks on the interconnections between the cinematic avant-gardes of the 1920s and modernist architecture, the nonfiction film, and advertising. Among Elsaesser’s twenty 20 authored and edited books is an in-depth study of German cinema in the 1920s, Weimar Cinema and After: Germany’s Historical Imaginary,; a monograph on Fritz Lang’s masterpiece Metropolis,; and European Cinema: Face to Face with Hollywood, covering a broad range of topics from film festivals to national cinemas, and from the high-/low culture debate to the cinematic auteurs of France, Britain, and Germany. Elsaesser’s illustrated lecture included advertisements and industrial films from the interwar period that were influenced by avant-garde cinematic techniques, and was followed by concluded with a screening of a new digital restoration of Walter Ruttmann’s classic 1929 film Melodie der Welt.

John G. Hanhardt, senior curator for media arts, Nam June Paik Media Arts Center, Smithsonian American Art Museum. Andy Warhol created a large and distinctive body of work in both film and video. In this Rajiv Vaidya Memorial Lecture recorded on December 4, 2011, John G. Hanhardt, historian of experimental media, examines the various ways Warhol reshaped time and narrative in both media, illustrated with excerpts from Warhol’s films and videotapes. This program was scheduled to coincide with Warhol on the Mall, a joint celebration on the occasion of two exhibitions: Warhol: Headlines, at the National Gallery of Art, Washington (September 25, 2011–January 2, 2012), and Andy Warhol: Shadows at the Smithsonian's Hirshhorn Museum and Sculpture Garden (September 25, 2011–January 15, 2012).

Patrizia von Brandenstein, Academy Award—winning production designer. Production designers define the appearance of a film, bringing to life written scripts by working with producers, directors, and their crews to achieve the desired look of a picture. Academy Award winner Patrizia von Brandenstein shared her practical knowledge of production design and used clips from several of her films, including Amadeus (1984), Six Degrees of Separation (1993), and The Last Station (2010), to illustrate the result of many years of research and visual interpretation.

P. Adams Sitney, professor of visual arts, Princeton University. P. Adams Sitney, distinguished film historian, theorist, and professor of visual arts at Princeton University, delivered a presentation at the National Gallery on December 6, 2009, on the films of several American avant-garde artists as a fulfillment of the promise of a truly American aesthetic, an idea first defined by philosopher and poet Ralph Waldo Emerson. The short films Arabesque for Kenneth Anger (Marie Menken, 1961); Visions in Meditation #2-Mesa Verde (Stan Brakhage, 1989); Gloria! (Hollis Frampton, 1979); and Gently Down the Stream (Su Friedrich, 1980) were screened in their entirety following the lecture.