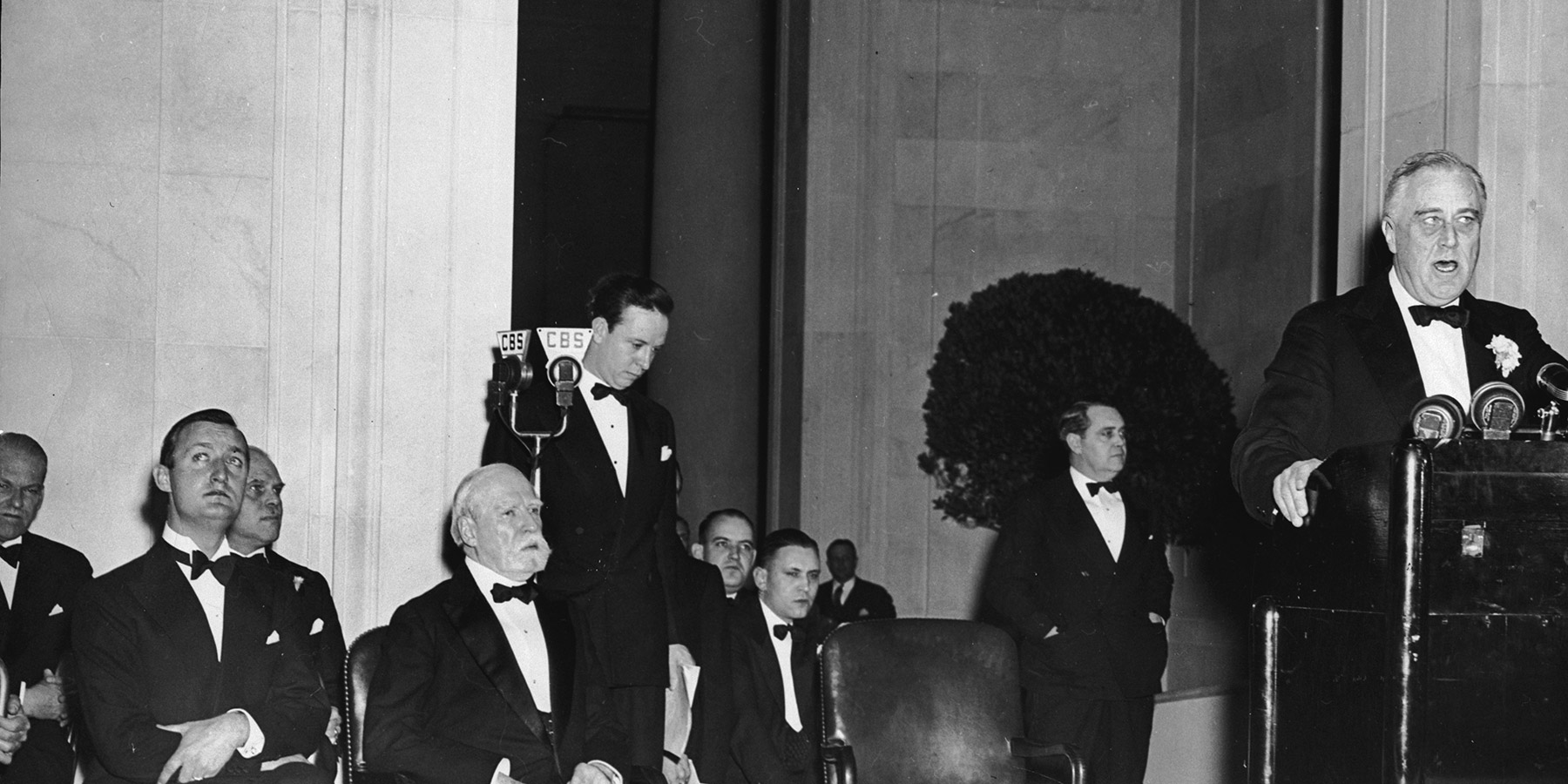 Eighty Years of the National Gallery of Art

The National Gallery of Art was dedicated 80 years ago today. On March 17, 1941, President Franklin D. Roosevelt addressed the huge crowd gathered before him, as well as the entire nation via radio broadcast and newsreels. He spoke poignantly about the continued relevance and immediacy of art:

“Art is not a treasure in the past or an importation from another land, but part of the present life of all the living and creating peoples—all who make and build and, most of all, the young and vigorous peoples who have made and built our present wide country.”

Amplifiers installed throughout the main floor of what is now the West Building carried the president’s words to the more than 8,000 guests. They included leaders of the nation’s academic and cultural institutions, government dignitaries, artists, and art collectors and connoisseurs.

At 8 p.m. guests had begun flowing through the 12-ton doors at the 6th Street and Constitution Avenue entrance. They were greeted by music from the United States Marine Band. A collection of yellow acacias, a gift from National Gallery Trustee Joseph E. Widener brought to Washington in bloom especially for the opening, decorated the East and West Garden Courts.

The ceremony began at 10 p.m., with the president, other speakers, and honored guests taking their places on a temporary stage in the East Sculpture Hall, facing the Rotunda. During the 25-minute ceremony, the audience stood so densely packed that several women fainted, and uniformed stretcher-bearers carried them away.

National Gallery founder Andrew Mellon, who both donated his art collection and funded the construction of the building, had died in 1937. Accepting the gift of the National Gallery from his son Paul Mellon on behalf of the people of the United States, President Roosevelt said:

“Great works of art have a way of breaking out of private ownership into public use. They belong so obviously to all who love them—they are so clearly the property not of their single owners but of all men everywhere—that the private rooms and houses where they have lovingly hung in the past become in time too narrow for their presence.”

The National Gallery opened to the public the following day, and 75,000 people visited during our first week. Within four months of opening, we had welcomed a million visitors.

The words Roosevelt spoke 80 years ago emphasize accessibility and public ownership. The National Gallery is the nation’s museum, intended to be shared by all. We look forward to safely reopening to the public to continue fulfilling that vision.