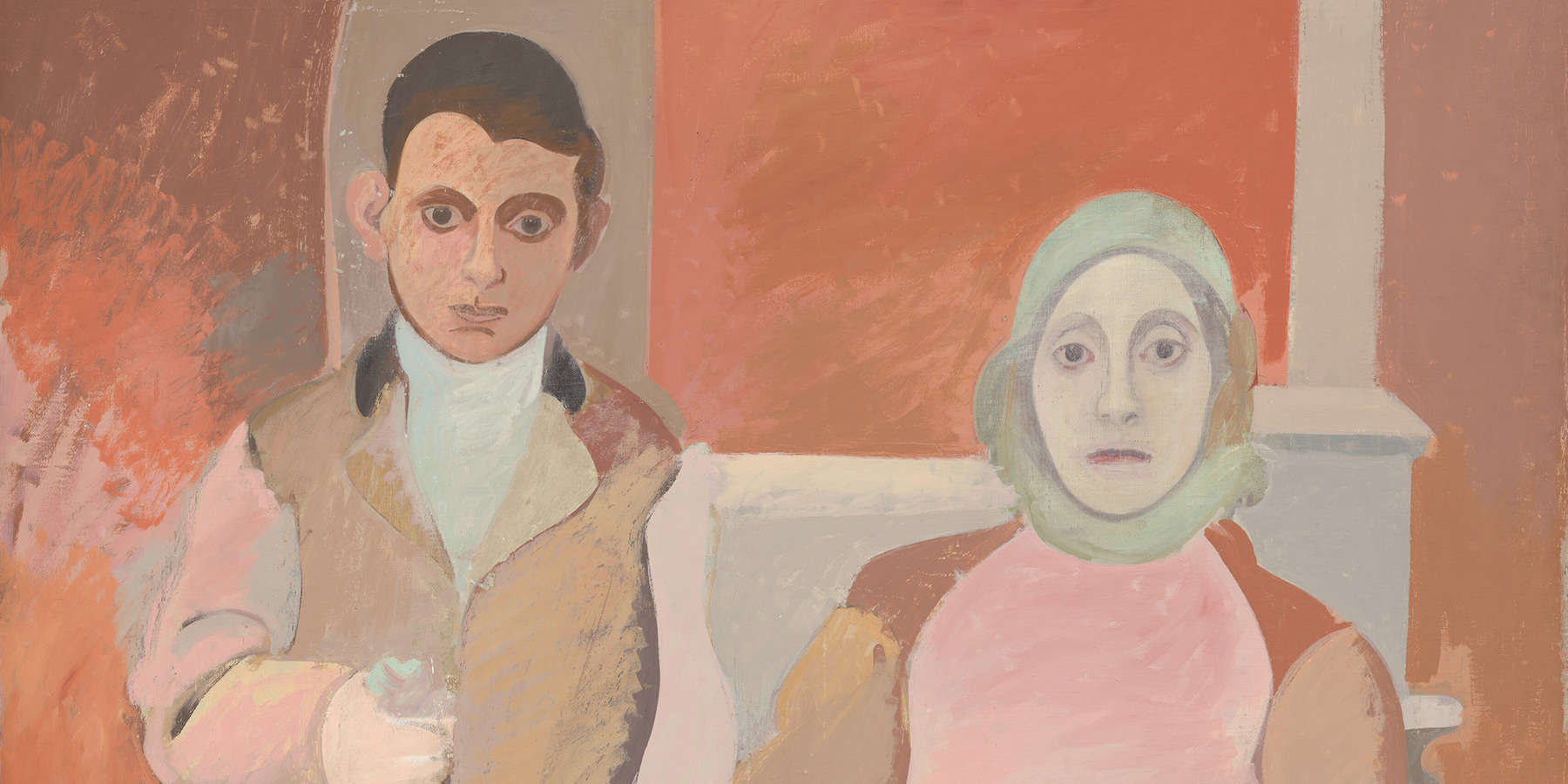 Armenian American painter led a double life. There was the public figure of the successful artist, one of America’s leading abstract painters, admired and renowned. And there was the private individual, the refugee forced to flee his homeland in eastern Turkey, haunted by a tragic past. We get a glimpse of this dual existence through one of his most celebrated and heartfelt works, The Artist and His Mother. Fittingly, Gorky left us two versions of the painting.

Manouk’s Mother
He was born Vosdanig Manouk Adoian in 1904 (the date has been contested) among the Armenian minority in a village on the shore of the vast Lake Van. The area possessed a stunning natural beauty—“Van in this life, paradise in the next” was an Armenian proverb. But little Manouk, as Gorky was called, grew up poor, in a clay-brick hut with earthen floors. His mother, Sushan Der Marderosian, could not read, but had a poet’s sensitivity to nature and a gift for storytelling. She was a source of love and stability for her young son. Gorky worshipped her all his life.

The Armenian Christian minority suffered centuries of oppression by Ottoman and later Turkish rulers. According to family legend, Sushan, married at 14, witnessed Turkish soldiers brutally murder her young husband for allegedly belonging to Armenian rebel forces. At age 19, Sushan was wedded again—without her opinion or consent—to a 36-year-old widower, Sedrak Adoian, a well-to-do farmer and trader. Gorky, the first of their three children, was about four when his father left for the United States. He did not return, leaving Sushan to raise Gorky and his two sisters alone. Sushan doted on her only son, favoring him over her daughters. She told him that she expected him to become a priest or a poet, “a teacher to your people.” But she also warned the boy that a dark fate awaited him. In his adult years, Gorky referred to a “family curse.”

In 1912 Gorky and his mother traveled by horse-drawn cart to the town of Van to have their photographic portrait taken. They mailed the photo to his father in America. Gorky later discovered the picture among his father’s belongings. It would become the inspiration for The Artist and His Mother. But Gorky and Sushan had much to endure before the artist would transform the photo into the famous paintings.

During World War I, Armenians fled the Turkish territory en masse to escape genocide. Sushan, Gorky, and his two sisters joined 250,000 Armenian refugees on a 150-mile trek east to the city of Yerevan, the capital of Russian Armenia. It was there that Sushan, ill and weakened by the long march through the famine-ravaged countryside, died of starvation, held in the arms of her 14-year-old son.

Facing his own starvation or, almost as bad, conscription into the army, Gorky was determined to emigrate to the United States. The trip would take a year. Aided by a gift of $300 from their father and the generosity of fellow Armenians, Gorky and his sister Vartoosh made their way by rail and ship through Tbilisi, Constantinople, Athens, and Naples, finally crossing the Atlantic and arriving at Ellis Island in February 1920. Now Manouk Adoian could assume his new identity of Arshile Gorky and pursue his profession as an artist.

Settling first with relatives among the growing Armenian population in Watertown, Massachusetts, Gorky spent the next two years studying drawing, painting, design, and art history at the New School of Design in Boston. He roamed the galleries of the Isabella Stewart Gardner Museum and the Museum of Fine Arts, Boston, copying old master works. At night he washed dishes at a hotel in exchange for meals. When the New School’s director hired Gorky to teach at their New York City location, the artist’s career began in earnest. He taught, painted, exhibited, and led the life of a bohemian artist. He claimed to friends and fellow artists that he had studied in Paris and Vienna and that he was Russian, not Armenian—the nephew of the renowned writer Maxim Gorky. But despite constructing a fictional present, he could not escape his own past.

Around 1926 Gorky began a first version of The Artist and His Mother. Completed in 1936, it is now in the Whitney Museum of American Art. He later began a second version. He would work on this canvas, now in the National Gallery’s collection, intermittently until at least 1942.

The two large canvases borrow from the style of the modernist masters Gorky admired, Paul Cézanne, Henri Matisse, and Pablo Picasso. Why is the earlier canvas cooler in tone? It may be more somber, but in that painting, Sushan’s eyes are alert, her eyebrows arched, her expression almost hopeful.

In the other, brighter canvas, her face is a deathly pale, her lips a thin frown, her eyes vacant. She has the look of a corpse.

We can imagine what conversations of the spirit took place between the artist and his mother during the years of working and reworking these canvases. For Gorky, was it a way of resurrecting a lost childhood? Of saying goodbye? Of giving in to grief or dealing with trauma? As curator James Meyer writes, Gorky seemed to strive for something unattainable with The Artist and His Mother, “a finish line [he] never quite reached.”

Sushan’s warning to her young son about his dark fate proved to be prophetic. In 1948 Manouk Adoian, known as Arshile Gorky, hanged himself in his Connecticut studio. He was 44 years old. The second portrait of his child-self and his mother may have been left unfinished.

You can see both versions of Arshile Gorky’s The Artist and His Mother in The Double: Identity and Difference in Art since 1900 exhibition at the National Gallery through October 31.