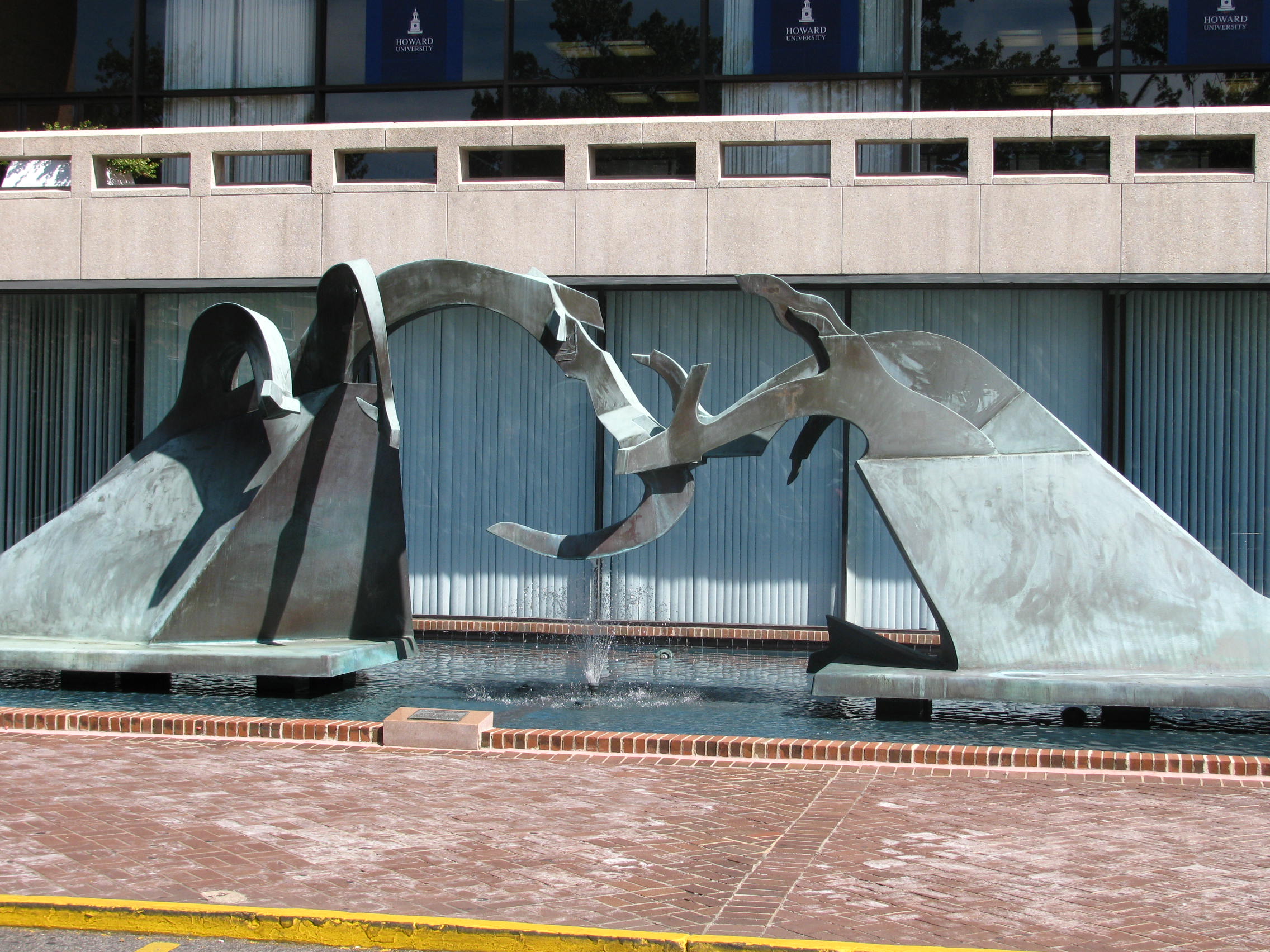 Walking Around Art in DC

As follow-up to last fall’s DC Art Walk, we invite you to check out historic spots and public artwork as you stroll or bike through your neighborhood. This time, we’ve included a couple of sites in nearby Virginia and Maryland communities. Many of these were suggested in comments on social media posts about the previous walking tour.

Now that the National Gallery has reopened, we hope that you will visit to see works by the artists listed below. While some of these artists are included in the National Gallery’s collection, their works or studios might be just outside your door. Experiencing art and history can be as simple as venturing outside or exploring the many digital resources linked below.

The Washington Metropolitan Area Transit Authority, supported in part by the DC Commission on the Arts and Humanities, commissioned Martha Jackson Jarvis to create this public artwork at the Anacostia Metro Station for its Art in Transit program. To learn more about Jackson Jarvis, check out the National Gallery of Art Library’s digitized holdings.

Richard Hunt is a leading abstract sculptor and public artist. Hunt remains an active artist in Chicago, his hometown, but you can find his work across the country and here in DC. (Check out his sculptures at Howard University later in this post.) Hunt is a skilled printmaker, and the National Gallery owns many of his lithographs.

Known primarily for her large-scale monochromatic sculptures in wood, Louise Nevelson worked in steel to create this monumental 30-foot-tall abstract sculpture that the American Medical Association commissioned for the plaza outside its headquarters.

Sculptor Anne Truitt worked in this former carriage house in an alley off Dupont Circle from 1962 to 1964. While living in Washington, she moved between several studios; they were thoroughly mapped in the National Gallery’s 2017 exhibition on Truitt.

Founded by Lou and Di Stovall in 1968, The Workshop Inc. took over the space of the former Washington Gallery of Modern Art. The screenprinting workshop expanded from creating community posters to working with renowned artists, translating their styles into screenprint. The building is now the Polish Embassy, but The Workshop Inc. is still in operation.

Richard Hunt, A Bridge Across and Beyond, Blackburn University Center, 2397 6th Street NW

Painter Alice Pike Barney was active in Washington around the turn of the 20th century. Barney designed her home and studio to be an arts center, where she hosted salons and promoted her artistic lifestyle to her guests. The building is now home to the Latvian Embassy, but you can explore the Alice Pike Barney Studio House through the National Gallery’s image collections.

William Christenberry, pioneering color photographer who taught at the Corcoran School of Art, photographed the blue finial that adorned the rooftop of this brightly painted ribs place formerly known as Arbaugh’s Restaurant.

Hilda Shapiro Thorpe worked in this studio for nearly 40 years, first moving in when Old Town Alexandria was, according to Thorpe, “a no-man’s land.” Initially working on all floors of the building, she moved her studio to the third floor when a children’s clothing store bought the building. She often hosted her students in her studio and spoke about the importance of one’s artistic space. Explore ephemera related to Thorpe through the National Gallery of Art Library’s digital collection DMV Women.

Rockne Krebs was a pioneer in laser and light art installations. This abstracted willow armature in steel includes over 100 pieces of laminated glass and more than 400 prisms glued to the glass, which refract sunlight into rainbows. “Collaborations with the sun are a very humbling experience,” said Krebs. At night the sculpture is lit from below by two searchlights