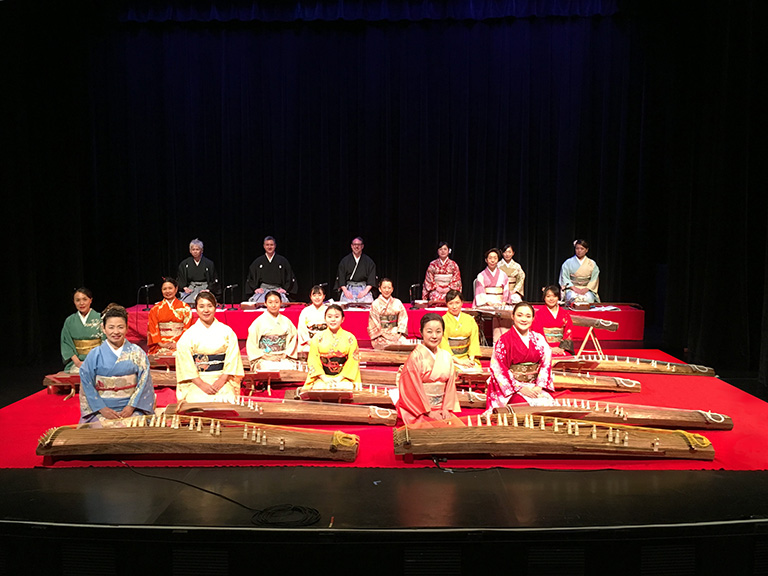 As a precautionary measure in light of COVID-19, the Gallery has canceled all concerts scheduled through May 17, 2020. Please check nga.gov/calendar for up-to-date information. We hope to welcome you to the Gallery soon and thank you for your support.

Founded and headed by Masayo Ishigure, Miyabi Koto Shamisen Ensemble is a New York–based group of musicians from the Sawai Koto Academy, one of the most prominent schools for contemporary koto and shamisen music. The academy aims to incorporate many musical influences, from classical to jazz, to broaden the perception of the koto as an instrument with universal expressiveness. Since its founding in 1996, Miyabi’s repertoire has ranged from classical to contemporary koto and shamisen music, and the ensemble especially dedicates itself to playing Tadao Sawai’s compositions. Miyabi has performed in the New York metropolitan area, the Eastern United States, Hawaii, and South America. The group has also been sharing Japanese culture through workshops and school performances.