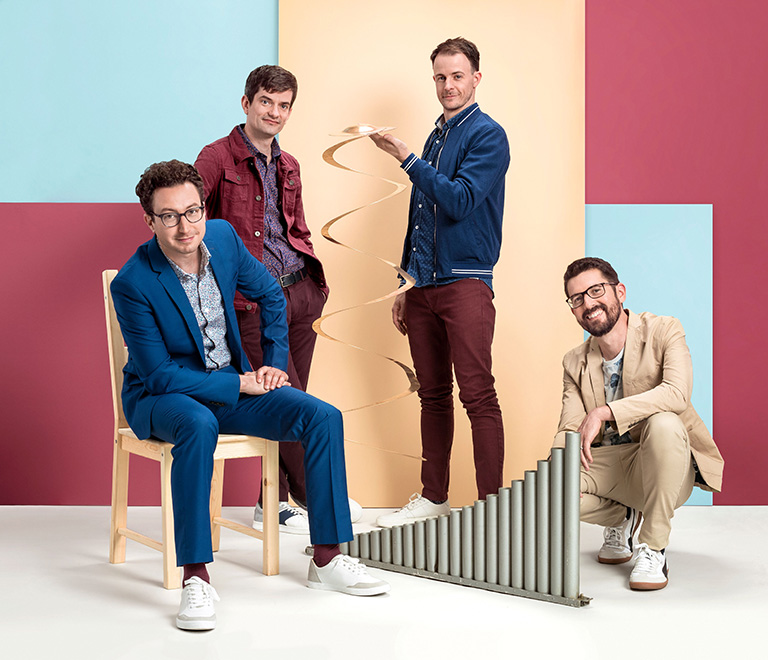 Third Coast Percussion (TCP) brings an immersive concert experience of exciting new works for percussion to the Gallery. Although Devonté Hynes (a.k.a. Blood Orange) is best known as a performer and producer in the R&B and pop-music spheres, he also wrote Perfectly Voiceless and two other classical and minimalist-inspired compositions for the ensemble, which are featured on TCP’s latest album, Fields. Indie-pop star Ryan Lott (a.k.a. Son Lux) composed Quarters for TCP, calling on the performers to surround the audience and constantly stretch and bend the perception of time. Finally, the ensemble performs the Washington, DC, premiere of Perpetulum, composed for them by legendary composer Philip Glass—his first-ever work for percussion ensemble.