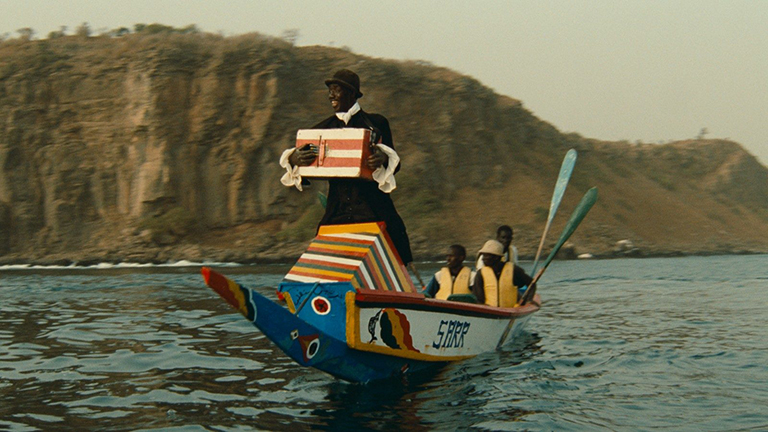 Register Now
From the series African Legacy: Francophone Films 1955 to 2019

In Le Franc, down-on-his-luck musician Marigo buys a lottery ticket and glues it to his door, eager to show his annoying landlady that he might one day have some rent money. When he gets lucky and wins, Marigo has to detach his door and carry it miles across Dakar to claim the prize. “Played with slapstick gusto by Dieye Ma Dieye, Marigo is a kind of everyman, a West African equivalent of Charlie Chaplin’s Little Tramp.”—New York African Film Festival (Djibril Diop Mambéty, 1994, subtitles, 45 minutes)

Both Le Franc and La petite vendeuse de soleil are modest stories of present-day urban Africans, part of Djibril Diop Mambéty’s series, Histoires de petites gens. In what would be his final unfinished work (completed after his death by a group of friends, relatives, and collaborators with no funding), La petite vendeuse portrays the only young girl who dares to sell newspapers on the street, struggling to overcome hurdles in pursuit of a better life. “It features actors ravaged by alcohol abuse, and even corrupt police officers portrayed in a sympathetic light . . . a hymn to the courage of street children.”—Sada Niang (Djibril Diop Mambéty, 1999, subtitles, 45 minutes)